The Eyes have it for Techno Fascists 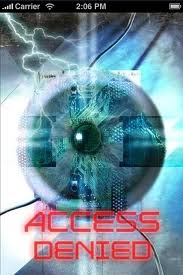 Every once in a while you come across a story that will make the hair on the back of your neck stand on end as soon as you read the first couple of paragraphs. Sadly, this is one of those stories.

Last week, business and technology journal Fast Company reported that a U.S. company named Global Rainmakers Inc. is embarking on a grand techno-fascist project in Leon, Mexico, where it will roll out iris-scanning technology to create what it calls "the most secure city in the world."

When the million-plus residents of Leon go to the bank, get on a bus or walk into a medical clinic, their eyes will be scanned by machines that can handle up to 50 people per minute in motion, automatically entering the information into a central database monitored by the police.

Jeff Carter, the CDO of GRI, is enthusiastic.

"In the future, whether it's entering your home, opening your car, entering your workspace, getting a pharmacy prescription refilled, or having your medical records pulled up, everything will come off that unique key that is your iris," he told Fast Company.

"Every person, place, and thing on this planet will be connected (to the iris system) within the next 10 years," he added.

To begin, GRI's scanners are scheduled to be installed in law enforcement facilities, security check-points, police stations, and prisons. The authorities in Leon are set to automatically "enrol" convicted criminals, scanning their irises and entering them into the database for future use.

The next phase will see scanners placed in mass transit, medical centres and banks with the expectation that they will be used by everyone else. The technology is meant to have both governmental and commercial uses (for example, personalized advertising or billboards that actively track who looks at them), so if residents of Leon want a glimpse into the future, they can rent Minority Report DVDs.

Carter seems undisturbed by all this.

"If you've been convicted of a crime, in essence, this will act as a digital scarlet letter," he said. "If you're a known shoplifter, for example, you won't be able to go into a store without being flagged. For others, boarding a plane will be impossible."

Law-abiding citizens will have the option to opt-in, although Carter hopes that they will be incentivized to do so by the government and by private companies.

"When you get masses of people opting-in, opting out does not help," he said.

"Opting out actually puts more of a flag on you than just being part of the system. We believe everyone will opt-in."

Lest anyone think that Carter and his colleagues are just misguided scientists who do not understand the implications of what they are selling, the CEO of Global Rainmakers Hector Hoyos dispels that myth rather nicely.

"September 11 had a huge impact on my life -- it made me move to New York and do what I'm doing today," he told the Hispanic Engineer & Information Technology magazine in an interview just days before GRI's project in Leon was announced. "This is one thing I've based my life's work on: identifying the needle in the haystack. I've been working to develop the technology, product, and solutions to enable the identification of the bad guys and hopefully rid the world of them. My purpose is to be able to weed out anyone who wants to harm us or our way of life."

Who is a criminal or a threat? What would "ridding the world of them" entail?

That's up to the Mexican authorities and the good people at GRI, for now.

But, if GRI and the authorities in Leon are successful, then they will create the authoritarian's wet dream, a system that will track individuals from the moment that they enter the public square and follow and monitor them all day long, with Big Brother looking for patterns and transgressions while marketing companies assault the senses with personalized ads.

No matter what our politicians and newspaper columnists say, our way of life or how we enjoy our freedoms are not threatened by bad census forms, boatfuls of Tamil refugees, or by an Islamic cultural centre within a few blocks of the former World Trade Center in New York.

Instead, the meaningful threats come from the nexus of paranoia and centralized control, and truly Orwellian technologies, always put in place in the name of the public good.