The Cluster Bombing of Laos: A Secret War - The Constantine Report
0 SHARES

The Cluster Bombing of Laos: A Secret War

The Bombing of Laos: By the Numbers

President Obama announced today that the United States is doubling its funding to clear bombs dropped in Laos during the Vietnam War era.

An additional $30 million per year will be given to Laos for three years to help clear undetonated cluster bombs that still pockmark the landscape. Obama, who is attending the ASEAN Summit in Laos, said the U.S. has a “moral obligation to help Laos heal” and that the “remnants of war continue to shatter lives.”

Here is an ABC News breakdown on the history of the bombing in Laos:

As the U.S. fought against communism in Vietnam, a civil war was also raging in Laos between the communist Pathet Lao party and the Royal Lao Government.

To support the Royal Lao Government against the communists, and to disrupt supply lines being used by the communist Vietnamese forces, the CIA waged a proxy war in Laos, dropping two million tons of ordnance. The CIA has called the effort “the largest paramilitary operations ever undertaken by the CIA.” The bombing campaign began in 1964 and lasted until 1973.

This proxy war was unknown to many at the time. An airline secretly owned by the CIA, Air America, hugely assisted in the operation.

The fate of the CIA proxy war in Laos became inextricably linked to the war in Vietnam. As American forces lost their battle to the north Vietnamese to the east, the U.S.-backed regime in Laos began to lose power, as well. In 1973, a cease-fire between the warring Lao parties was signed, and the CIA ended its aerial bombardment. Eventually, the communist party gained control of Laos, and the country remains communist today. 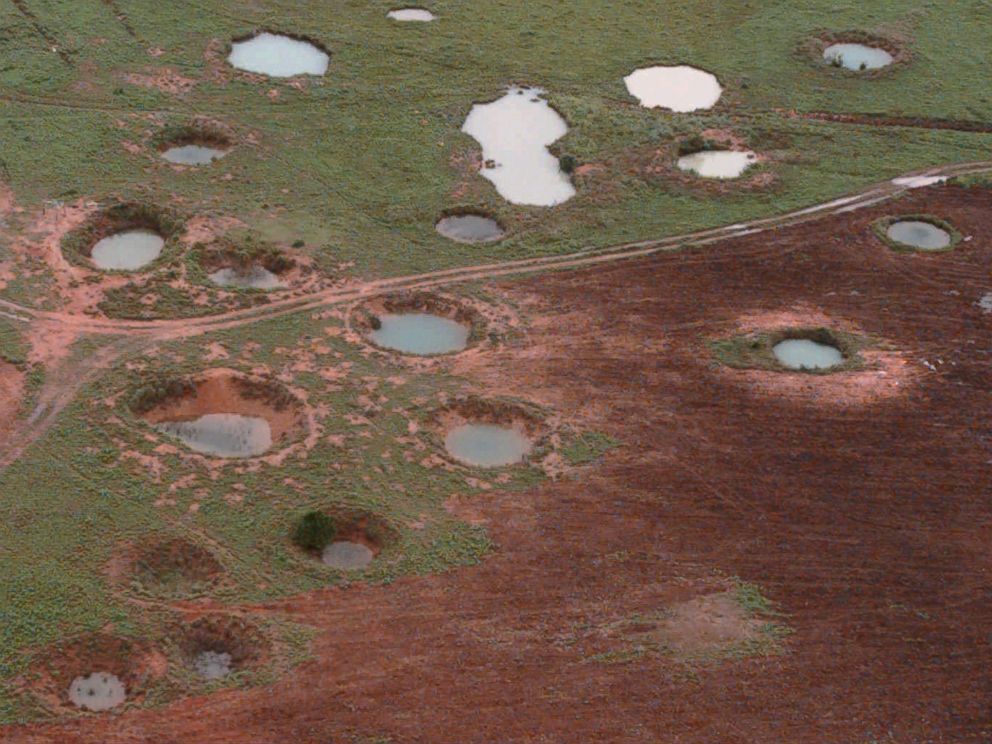 David Longstreath/AP PhotoWhat appears to be ponds are actually water-filled bomb craters from the Vietnam War era, as seen from a helicopter, May 25, 1997, near the northeastern Laotian village of Sam Neau. END_OF_DOCUMENT_TOKEN_TO_BE_REPLACED

2 million tons – the amount of ordnance dropped on Laos between 1964 and 1973, according to Legacies of War, an advocacy and education group. This amounts to a planeload of bombs every eight minutes, 24 hours per day, for nine years.

270 million - the number of cluster bombs that were dropped on Laos during this period.

80 million -- the estimated number of cluster bombs that did not detonate, most of which are still buried in farmland.

210 million -- how many more bombs were dropped on Laos than were dropped on Iraq in 1991, 1998, and 2006 combined. In fact, Laos is the most heavily bombed country per capita in history.

20,000 -- the number of people who have been killed or injured by unexploded ordnance in Laos.

$30 million -- the amount the U.S. will spend on clearing unexploded ordnance each year for the next three years. 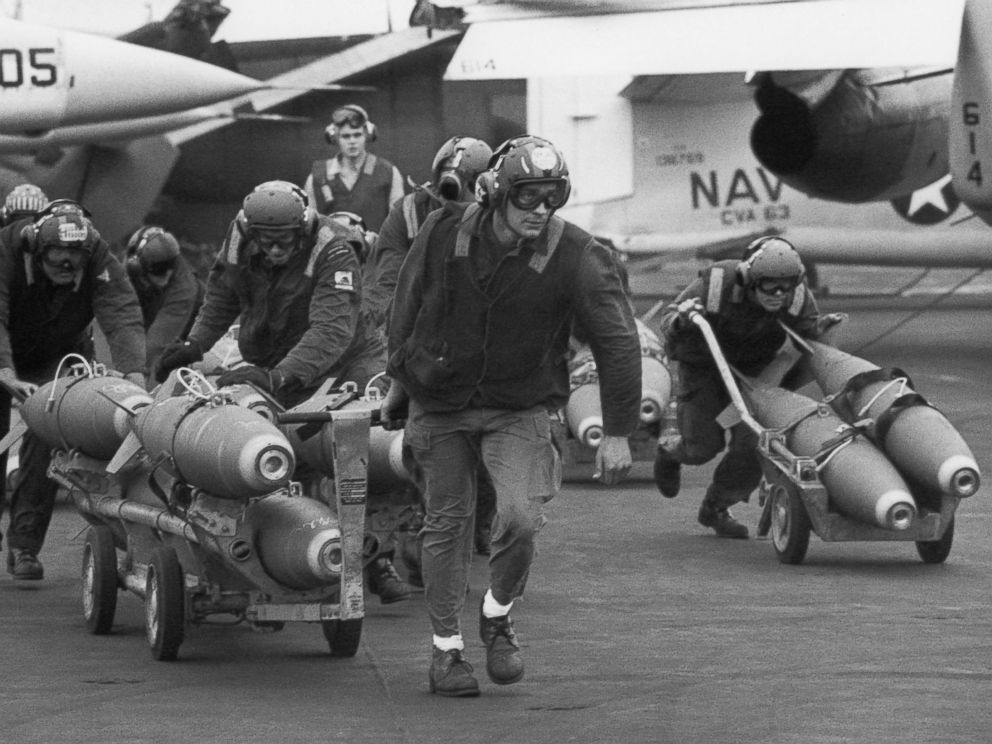 Rick Merron/AP PhotoU.S. Navy armorers wheel out 500-pound bombs for the wing racks of jets being used in support for South Vietnamese troops fighting the enemy in Laos, on March 18, 1971. END_OF_DOCUMENT_TOKEN_TO_BE_REPLACED

What Are Cluster Bombs?

The bombs littering the Laotian landscape are known as cluster bombs or “bombies” in local parlance.

A cluster bomb is designed to explode into smaller pieces of shrapnel, causing casualties over a large area.

The smaller pieces of these bombs, known as cluster munitions, are they are usually the size of a soup can, an orange, or a tennis ball.

Those cluster bombs that do not explode on impact can remain buried in the ground for years, posing an indefinite danger to the civilians who live around them. They can be set off in a variety of ways, including if they are struck with a shovel by a farmer or if rain and floodwaters uncover them.

These bombs can cause major injuries such as blindness, loss of limbs, hearing loss, traumatic brain injuries, and shrapnel wounds.

Many farmers know their land is contaminated with bombs, but they can’t afford to move or purchase more land, so they must take the risk to farm contaminated land.