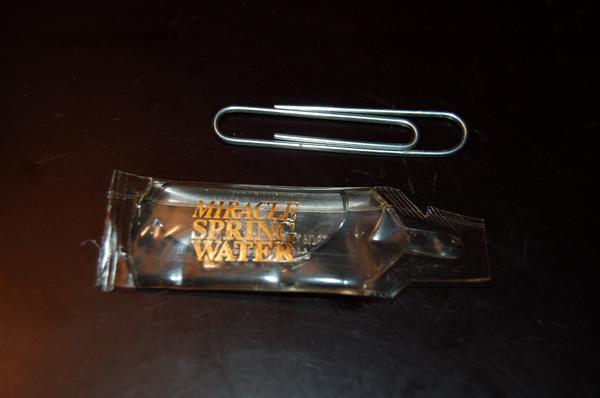 Televangelist Peter Popoff has made a strong impression in the religious community for his provision of “miracle water” that claims to resolve users debts. Bishop Ricky Sinclair explains how this approach fails to exhibit true charity in the Christian sense.

BAKER, La., April 24, 2013 /PRNewswire-iReach/ — As the bishop of Miracle Place Church , Ricky Sinclair is quite familiar with ways of teaching others about the serenity that Christianity can offer and encouraging his congregation to engage in charity. However, Sinclair notes that the term “charity” can be used loosely and create a false sense of trust among Christians. As such, Sinclair highlights the efforts of televangelist Peter Popoff , an individual who has gained great criticism for his dispersal of “miracle water” as a form of charity to Christians who want to forgive their debts.

A recent article from The Christian Post highlights the story and explains, “In the electric infomercial about the miracle water, which Popoff provides for ‘free,’ several of its sippers swear by its potency and report hundreds, even thousands of dollars in debt being cancelled by the water’s power.” While many individuals have provided testimonials regarding the water’s legitimacy, multitudes in the religious community express doubt in Popoff’s motivation to promote the product. In fact, some have even deemed the “miracle water” a form of witchcraft.

The Christian Post continues, “The wealth-attracting water is being marketed through Popoff’s website and early morning and late night broadcasts on popular Cable TV channels like Black Entertainment Television (BET) despite a wealth of evidence, including a report by noted skeptic, James Randi , that his miracle ministry reeks of chicanery.” Taking a similar stance as Randi, Bishop Ricky Sinclair notes that Popoff’s actions should promote caution among those questioning the value of the water.

“The main concept surrounding this water is that it can resolve debts. Whether or not Popoff is promoting the ‘miracle water’ for personal profit, it is clear that the product is placing a false importance on wealth and money. Specifically, the water is giving individuals hope that they can achieve happiness through debt resolution—an issue that really has no solid connection to the Christian faith. This product, in turn, could distract many from the most important values of the Christian religion and where happiness is found,” Ricky Sinclair explains.

While there has been little response from Popoff regarding his legitimacy, his “miracle water” effort has gained recognition as a charity. However, Ricky Sinclair notes that if Popoff were to represent the true Christian definition of charity, he would focus on spreading the values of Christianity through evangelicalism and developing ways to actually assist those in need, rather than spreading a sense of “false hope.”