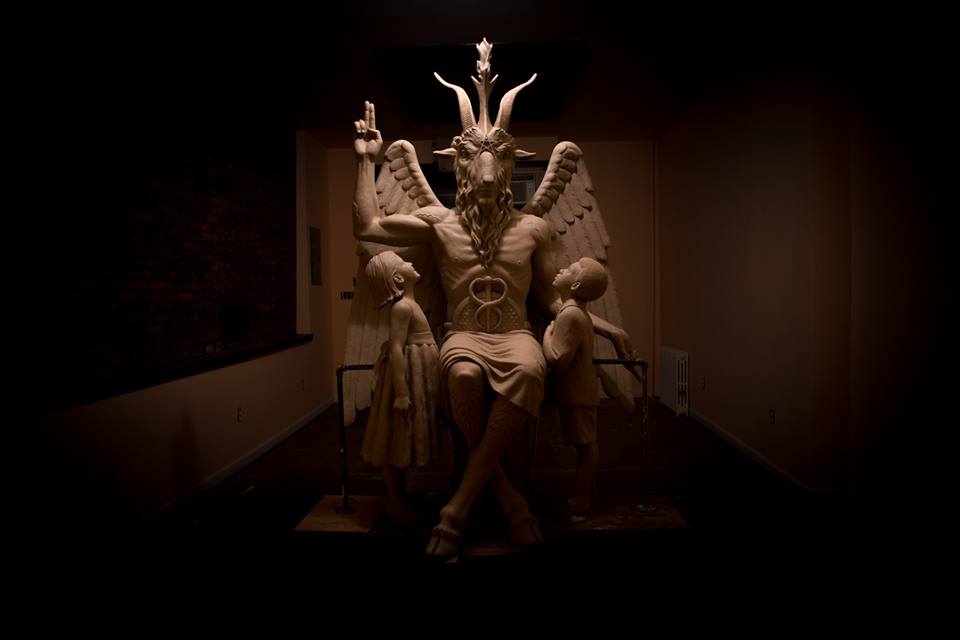 “Man wants to give satanic invocation at county meeting“

But the media-at-large have given us this slant — ad nauseum — for the past 30 years: “People have ‘misconception’ of Satanists, S.A. group’s leader says,” and, of course, “Satanic panic and America’s witch-hunt problem“

Establishment liberals cling to the “Satanic Panic” cover story that began with advocates of the perpetrators — particularly oily Village Voice huckster Debbie Nathan, who coined the phrase — and still reverberates through all channels of opinion formation. I am often ashamed of my fellow liberals. — AC

DALLAS (AP) — Four people kidnapped a woman and held her captive for three days in a San Antonio-area home, forcing her to ingest drugs and at one point conducting a “blood ritual,” a sheriff’s spokesman said Wednesday.

Authorities believe Mercedes Salazar, 32, was the ringleader who orchestrated the woman’s captivity, according to James Keith, spokesman for the Bexar County Sheriff’s Office. Salazar is being held on charges that include aggravated kidnapping, he said.

Keith said Salazar believed the 25-year-old woman played a role in the August killing of her brother. Authorities say there’s no indication the victim played any role in the death.

The woman was abducted last month and spent most of her time in captivity tied to a chair. She told investigators she was forced to take drugs, including what she believed was heroin. Her captors also held a ceremony that Keith described as a blood ritual.

“It was a form of witchcraft where they cut her hair and drew blood from her,” he said.

It’s not clear what the four were trying to achieve with the ritual, Keith said, who added, “We’re solely operating on what the victim told us.”

Authorities have not released the woman’s name.

Sheriff’s deputies found the woman because she was eventually able to call her mother, who notified authorities.

The woman had been left with one of her captors who untied her from the chair so she could use the bathroom and get a drink. The suspect fell asleep, allowing the victim to make the phone call.

When the woman saw deputies arriving at the home, she screamed for help, awakening her captor, who threatened her with a knife and scissors, authorities allege. Deputies forced their way into the home and disarmed the suspect.

Three of the suspects were arrested within days and charged with a variety of crimes that include aggravated kidnapping. Authorities didn’t find Salazar until last weekend, taking her into custody early Sunday. Online jail records did not list an attorney who could address the allegations against her.

Salazar has a long criminal record that includes being booked into the Bexar County jail on 11 separate occasions on dozens of charges since she was 17, Keith said.

The victim at one time dated Salazar’s brother, Angel Salazar, who was killed Aug. 18 in San Antonio. Romana Lopez, spokeswoman for San Antonio police, said Wednesday that five men have been arrested in that killing.