In The Covert War Against Rock (2000), I reported all of the essential details concerning the murder of Jimi Hendrix discussed below by the UK's Daily Mail in 2011 -- over a decade later -- but  the media ignored me, and still do. (After all, I'm supposedly a "conspiracy theorist" and the transcribers of the press believe themselves to be actual journalists, a source of endless amusement to me.) My reporting was confirmed 10 years later by Hendrix Experience roadie James Tappy Wright in a belated memoir. Intelligence ties were redacted by the press, which was then somewhat free to run with it. So Wright's account was taken up by the press and treated as the first word that Jimi was murdered.

I may complain, but at least the decades-old deceptions that Jimi died of a "heroin overdose" (when no trace of the opiate was found in his bloodstream) or "choked on his own vomit" (something had to make him sick, but this obvious fact was never explained) can slip into oblivion and reality take the place of the media hoax. It's a start. Now, if the media will kindly stop blacklisting me because I'm not a transcriber of lies, the whole truth can emerge that Hendrix was a political target and the assassination one of many instigated by a blood-stained, far right-wing  intelligence establishment.

I've redacted the first few paragraphs because the opening of the story is wrong and wrong-headed, and have posted the part of the story that is accurate and not irresponsible and slipshod, ie. typical mass media fare. Supplement this account with my own, and the reader will walk away with actual knowledge regarding a virtuoso whose demise remains an open wound 44 years later. He kissed the sky, enriched our lives -- we owe it to him the ask hard questions about his death and demand justice.  - Alex Constantine 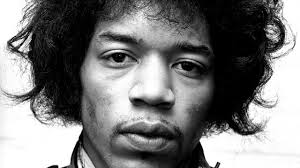 ... It had long been claimed that Hendrix – one of the best loved guitarists in the history of rock – died aged 27 from choking on vomit after a drugs overdose in 1970.

But in 2009, the doctor who attempted to revive him at the now closed St Mary Abbotts Hospital in Kensington admitted it was 'plausible' that he was murdered.

John Bannister said that medical evidence was consistent with claims in a book that Hendrix was killed on the orders of his manager, Mike Jeffery.

James 'Tappy' Wright, a former road manager who worked for Jeffery, wrote in his memoir Rock Roadie, that in the early hours of September 18, 1970, a gang into the London hotel room where Hendrix was staying with his girlfriend, Monika Dannemann, and forced sleeping pills and wine down his throat until he drowned.

He claimed Jeffery, beset with debts, had ordered the hit after taking a $2 million insurance policy out on the musician - telling him he was 'worth more dead than alive'.

More than she knew? Hendrix with girlfriend Monika Dannemann

Wright said Jeffery confessed to him he had ordered the attack before he died in an aircraft collision.

Mr Bannister agreed that the description of the murder "sounded plausible because of the volume of wine”.

He said: ‘The amount of wine that was over him was just extraordinary. Not only was it saturated right through his hair and shirt but his lungs and stomach were absolutely full of wine.

'I have never seen so much wine. We had a sucker that you put down into his trachea, the entrance to his lungs and to the whole of the back of his throat.

‘We kept sucking him out and it kept surging and surging. He had already vomited up masses of red wine and I would have thought there was half a bottle of wine in his hair. He had really drowned in a massive amount of red wine.’

Former ice-skating instructor Miss Dannemann committed suicide in 1996 - many fans and conspiracy theorists were convinced she knew more about Hendrix’s death than she ever revealed.