Queensland: Inside Story on Teen Killer and His KKK Teacher 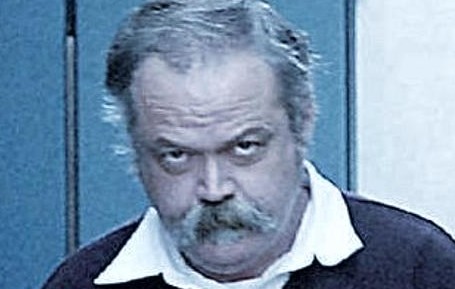 Inside Story on Channel Nine is delving into the Pittsworth murder of Robert Rowlingson who was shot in the back of his head with a shotgun by his brother, 16-year-old Anthony.

He was killed to protect Anthony’s school guidance counsellor Graeme MacNeil who was an imperial officer of the Ku Klux Klan.

MacNeil helped Anthony dump the teenager’s corpse under a bridge 40 km away from where the horrifying murder took place.

“All the evidence points that way,” he said.

“Anthony won’t talk about it and MacNeil’s never said anything about it… but all the evidence, when you line up the ducks, points that way.”

Inside Story says Anthony’s mind “had been poisoned by the hate-filled preaching of the Ku Klux Klan”.

MacNeil has moved back to Pittsworth to live with his parents after serving three years of an eight-year jail term.

He was confronted by an Inside Story reporter, but refused to talk, simply responding with “p*ss off” when approached.

Anthony was sentenced to life in jail and continues to show no remorse for his crime.

Mr Rowlingson told Inside Story that he and his wife Wendell were shattered by effectively losing two sons.

He says they were also serving a life sentence.

“There’s a few photographs around the place, not a lot, and we moved most of them because it’s hurtful to see the memories.”