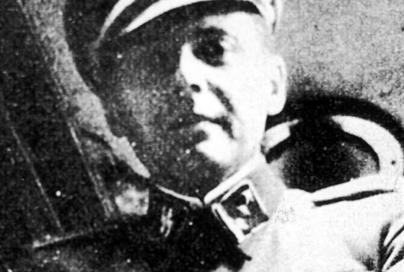 Josef Mengele in his SS uniform

Medical science must purge itself of its Nazi past, suggests a Canadian professor who is advocating an end to medical terms named after doctors linked to wartime atrocities, and formal investigations of hospitals that may still hold specimens from Hitler-era human experiments.

The call from Dalhousie's Dr. Michael Cohen comes as growing attention is paid to the legacy of medical research conducted in Germany and Austria on thousands of Third Reich victims. Germany's main anatomy association is even planning a forum on Nazi-era science this September.

"German scientists for a long time have not really looked into their own pasts," said Dr. Andreas Winkelmann of Berlin's Charite university hospital. "People often didn't want to look back," said Dr. Winkelmann, who has studied his own institution's Nazi history. "It took the grandchildren to look into these things."

As the sensitive issue increasingly comes to the fore, however, heated disputes are arising about the exact nature of some scientists' "medical crimes," and what should be done about them.

Dr. Bill Seidelman, another Canadian academic who has long studied the issue, says medical terms, even when linked to Nazi doctors, should be upheld as a reminder of that dark past -- and the fact that esteemed researchers became embroiled in Hitler's system.

He also notes that German physicians themselves have finally taken up the cause, and ought to be allowed to do so without outside pressure.

"It's been a terrible story in terms of repression, suppression and outright lying, [but] it's now changing to one of seeking the truth and honest reflection," said Dr. Seidelman, currently living in Israel. "I was a thorn in their side for a long time, and I see they are now assuming this responsibility in a serious manner. They should be congratulated."

Dr. Cohen, on the other hand, recommends in a paper just published in the American Journal of Medical Genetics that an international committee be set up to devise a plan for, among other measures, changing medical terms and searching out Nazi histories in individual hospitals. He declined to comment on his conclusions. 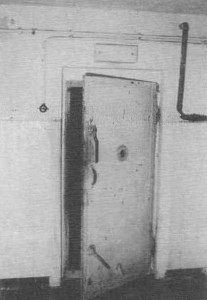 Most agree, at least, that facing up to medical science's fascist history is an important way to underline the dangers of otherwise respectable physicians being coopted by immoral regimes.

In fact, Germany in the pre-war period was a hotbed of highly respected medical research, its experts transforming medical education, inventing the electron microscope and finding early links between smoking and cancer. Many scientists, though, also became ardent followers of Hitler, with half of all doctors joining the Nazi party by 1942, and some helping develop the concepts of racial purity and eugenics that underpinned Naziism, noted Dr. Cohen.

"In the Third Reich, medical depravity was ubiquitous," Dr. Seidelman, a University of Toronto professor emeritus, has written.

Some of the worst horrors occurred in the concentration camps, including the brutal experiments of Auschwitz doctors like Josef Mengele.

And yet, virtually every university anatomy department in Germany and Austria was also the recipient of bodies of people executed in Nazi prisons, often political offenders, Polish slave labourers or other innocents, Dr. Seidelman said. Though the origins and use of the human remains was highly immoral, some of the research was for legitimate purposes and the scientists made discoveries that still bear their names today, terms known as eponyms.

They include Hugo Spatz, who did research on children killed in the Nazis' "euthanasia" project, and is a discoverer of the Spatz-Stiefler reaction, an anatomical diagnosis of paralysis. Hans Eppinger, a prominent internal medicine specialist in Vienna and infamous for forcing Gypsy prisoners to drink sea water in cruel experiments, is a namesake of Cauchois-Eppinger-Frugoni syndrome, a vein inflammation that causes enlarged spleens.

Some more familiar names fall into a greyer zone. There is conflicting evidence, for instance, about the Nazi sympathies of Hans Asperger, after whom Asperger syndrome was coined, and Hans Gerhard Creutzfeldt, the German neurologist who first described Creutzfeldt-Jacob disease, according to a 2007 paper in the journal European Neurology.

The actions of Dr. Hermann Stieve, a leading Berlin researcher on female reproduction in the 1930s and 1940s, have sparked a particularly heated debate, though.

According to Dr. Seidelman's research, Dr. Stieve studied the impact of psychological trauma on women's menstrual system by examining the organs of executed prison inmates -- many of them likely political -- who had been told in advance when they would be killed.

Dr. Seidelman also quotes a former, post-war student of Dr. Stieve's who said the professor told a class that he had studied the migration of human sperm in women prisoners who were raped shortly before execution.

In a paper published last year in the journal Clinical Anatomy, however, Dr. Winkelmann and a colleague lament the often "black-and-white" analysis of Third Reich researchers. They refute the allegation that Dr. Stieve actually scheduled the executions to coincide with particular stages of the menstrual cycle. And they say the former student told them his comments on the sperm research were based on rumour.

Dr. Stieve's experiments were "callous" but he was not a "murderer or torturer" like the Auschwitz doctors, the paper argued.

In a letter to the usually sedate journal last September, Dr. Seidelman defended his version, adding "it is unfortunate the authors did not give as much consideration to the lives of the victims as they have to the career of Prof. Stieve."

Even so, Dr. Winkelman believes that eponyms of ethically tainted doctors from the era should be changed, and is about to publish a paper on a cell named after another Nazi doctor.

Meanwhile, some German and Austrian medical institutes have conduc ted inves tigations into whether their anatomy collections -- used for teaching and research -- still contain slides and other specimens from Nazi prisoners' bodies, but many have yet to do so.