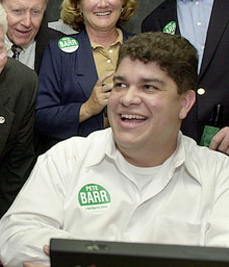 [Re: The murder of Republican consultant Ralph Gonzalez, son of a Cuban exile – video, “Double-Murder Suicide Investigation Focuses On Shooter”: #]

The Orlando Sentinel has confirmed that one of three men found dead in an east Orange County home in an apparent double murder-suicide is a prominent political consultant.

Ralph Gonzalez was found dead at his home at 2420 Hickory Oak Blvd., his father Rafael Gonzalez, 69, confirmed. Gonzalez is the former head of the Republican party in Georgia and the president of Strategum Group, an Orlando political consulting firm that represents Republican candidates, including many in Central Florida such as state Rep. Andy Gardiner, R-Orlando.

Police came to the house at about 9 a.m. this morning after a woman called from North Carolina, saying that for several days she had not heard from her friend who lives at the home. Deputies responded by conducting a well-being check at the man’s home.

Orange County Sheriff’s Office deputies have released the names of the other victims, who were found in a room at the three-bedroom house. They are Gonzalez’s roommate David Abrami and friend Robert Drake. …

” … One of the other victims was a man named David Abrami — apparently Gonzalez’s roommate and a former president, naturally, of the Central Florida Young Republicans. Not much has been found about the third body, that of Robert Drake, whom cops are suggesting is the one who shot these two GOP operatives before turning the gun on himself. … “
http://wonkette.com/politics/through-the-looking-glass-dept’/mysterious-florida-deaths-involve-gop-consultant-god-knows-what-else-293102.php
••••••••••••••••••••••
Family Members Say Visitor Shot Homeowner, Roommate
http://www.wftv.com/news/13969762/detail.html 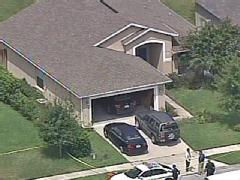 ORANGE COUNTY, Fla. — Family members said Friday a prominent political consultant was shot to death by someone visiting his home in an apparent double murder-suicide. The three men were found dead in a home off Hickory Oak Boulevard in east Orange County on Thursday.

No one who knew 36-year-old Ralph Gonzalez can believe he’s gone. Republican Party state committeewoman Nancy Patterson gave Ralph Gonzalez his first campaign manager’s job in 1994 after his graduation from the University of Florida.

“He’s genius,” she said. “He could cite facts and figures from presidential races 20 years ago.”

In recent years, Gonzalez ran a political consulting business out of his home. He steered election campaigns for dozens of state and federal candidates, including State Representative Dean Cannon.

“He’s a friend for over a decade, just a great person and just a really neat guy. It still has not sunk in,” Cannon said.

Thursday morning, Orange County deputies conducted a well-being check on Gonzalez after an out of state friend called them. In his living room, they found the bodies of three men, Gonzalez, his 36-year-old roommate, David Abrami, and 30-year-old Robert Jason Drake.

Drake’s grieving aunt, who asked not to be identified, told Eyewitness News he lived with her and his uncle for six months in an east Orlando neighborhood. He did tile work for his uncle after spending four years in the Marine Corps. But, six weeks ago, Jason told them he was having problems with a friend and was going to kill them.

An exact motive for the murder remains speculation. Detectives were planning to officially say who the shooter was in a Friday afternoon news conference, but instead they opted to conduct more interviews with Gonzalez’ friends and associates.

ORLANDO, Fla. – A former campaign aide to a Florida congressman and two other men were found dead in a home in an apparent double-murder and suicide, authorities and relatives said.

Authorities have not determined a motive for the deaths of Ralph Gonzalez, 39, his roommate, David Abrami, 36, and a friend, Robert Drake, 30.

Investigators found weapons and signs of a struggle in the house, but they did not say what the weapons were or which man they believe was the killer. The men are believed to have died several days before the bodies were discovered Thursday.

Gonzalez was executive director of the Georgia Republican Party from 2001-2002. He managed U.S. Rep. Tom Feeney’s 2002 campaign and was president of Strategum Group, an Orlando-based political consulting firm that represents Republican candidates.

“He was a born political consultant. He had bravado, he was intense, and he lived and breathed tactics and strategy,” Feeney said. “He was an adviser and strategist for me and became a very good friend.”

Abrami, an attorney, was active in Republican politics as well.

Gonzalez, the son of Cuban immigrants, was devoted to politics even as a youth, said his father, Rafael Gonzalez of Miami. He graduated from Florida International University and received his master’s degree in campaign management at the University of Florida.

“He was a smart person who built a business by himself,” Rafael Gonzalez said. “He traveled all over the world.”

Ralph Gonzalez received his Masters of Arts in Campaign Management from the University of Florida in 1994, and his B.A. in Political Science from Florida International University.

Prior to founding the Strategum Group, Ralph served at the Republican Party of Florida’s House Campaign Division, as Executive Director of the Georgia Republican Party, and is a veteran of dozens of campaigns across Florida, from Mayoral Races to Congressional. He also has international political experience, helping to manage a campaign on the Island of St. Maarten.

Ralph Gonzalez’s national and international political experience, his experience and understanding of the political and legislative process, in conjunction with his unique political instincts, has made him a first class asset to political candidates and organizations. 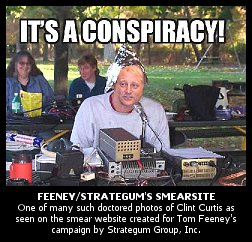 NOTE: The original version of this blog entry was published here. This version has been updated several times, specifically for The BRAD BLOG. See updates at end of article…

Police are investigating a possible double murder and suicide in an Orlando, Florida, residence owned by the former Executive Director of the Georgia Republican Party.

The Orange County Sheriff was called to 2420 Hickory Oak Blvd. in Orlando early Thursday. There they found three dead white men and two live dogs. The men may have been dead since Tuesday.

The home where they were found dead was owned by a political consultant/strategist of Rep. Tom Feeney (R-FL), the one who worked on the Congressman’s smear campaign against vote-rigging whistleblower Clint Curtis last year. More details on that campaign below.

Feeney describes Gonzalez as “a born political consultant.” On commenting on the news, Feeney said of Gonzalez, “He was an adviser and strategist for me and became a very good friend.”

Detectives haven’t revealed exactly how the three were killed, save that it was through foul play. …

Gonzalez maintained Georgia ties. Republican Congressman Tom Price from Roswell, GA, was one of several politicos who gave testimonials for Strategum published on the Group’s website.

Another testimonial for Strategum was given by controversial Florida Republican Tom Feeney, who represents Florida House District 24. Feeney’s quote on the Group’s site read:

Ralph Gonzalez was a key part of my team at House Campaigns when I was Florida Speaker of the House as well as my congressional race. The team at Strategum Group have been valued advisors on key issues in my district. They are a huge asset to any candidate or organization. There simply is no one better at strategy and analysis. I am proud to work with Ralph and the Strategum Group!

Feeney’s bio on Wikipedia points out that he was once called one of the “20 Most Corrupt Members of Congress” by Citizens for Responsibility and Ethics in Washington (CREW). Brad Friedman has doggedly tracked many of the alleged instances of corruption connected with Feeney.

The Orlando Sentinel indicated that Feeney was not Strategum’s only controversial client:

Last year, Gonzales worked on the campaign of then-state representative Sheri McInvale, who was indicted last week after prosecutors say she fraudulently sought taxpayer reimbursement for a newsletter.
Whatever they did for their clients, Strategum was expensive. The Sentinel reported in July of 2005 that one failed candidate for Orlando mayor had paid the consultants $115,000 for “three weeks of work.”…

Ralph Gonzalez’s career seems to have always put him one degree of separation away from infamous former lobbyist Jack Abramoff.

When Ralph Reed was elected chairman of the Georgia Republican Party in 2001 [link], two of the party’s executive directors were Todd Schnick and Ralph Gonzalez. When Gonzalez filed an annual report for Strategum with the State of Florida Division of Corporations in January, 2007, Schnick was listed as one of his business partners.

(Note: Todd Schnick is a name that you might remember if you believe the 2000 presidential election was stolen, and that said theft occurred in Florida.)

Ralph Reed has been associated with Abramoff since at least 1981.

Tom Feeney’s connections with Abramoff have been well-documented by Brad Friedman.

CLIENTS OF THE STRATEGUM GROUP BY STATE

Previous Article
SAIC: Biosurveillance Program at Dept. of Homeland Security under Investigation in the House
Next Article
Hitler Eats Pizza in Hell