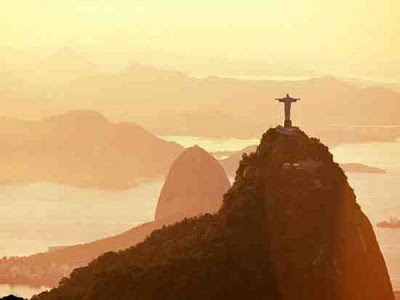 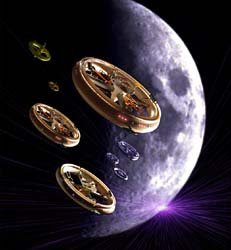 ” … The Heaven’s Gate theology, for all intents and purposes, is Christian. In fact, it’s so steeped in classic neo-Platonist theological motifs that it’s almost Gnostic. Just because Heaven’s Gate substituted a flying saucer for Jesus Christ doesn’t mean that their beliefs were any different than those found in certain strands of American Protestantism … “ 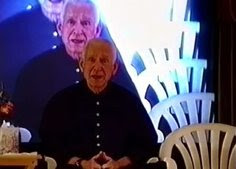 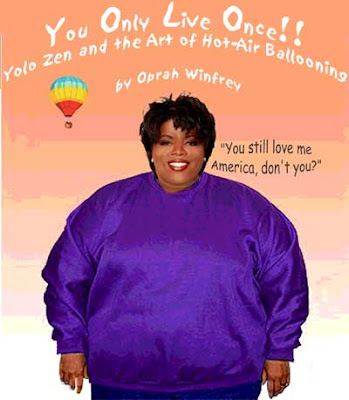 • Protect and defend the rights of small business owners in California 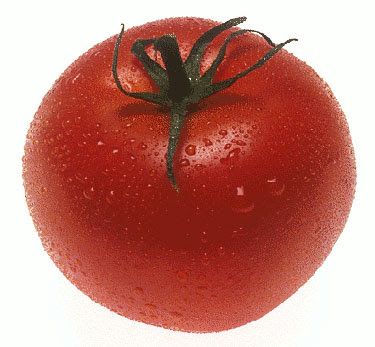 Illegal Workers Are Creating “Economic Terrorism” Against Every Taxpayer in California – Just Say “NO” To Illegal Aliens at the DMV!!

As a TV producer David Sams has won nine Emmys. He accuses illegal immigrants of causing “ECONOMIC TERRORISM” in California and promises to make prayer “the centerpiece of his daily schedule.”

This year California’s UC and CSU campuses will begin turning away thousands of students due to no money for enrollment growth. How will you as governor continue to support funding for K-12 while at the same time
maintaining the possibility of the same kind of access to four-year higher education? (submitted by Rick Anderson, president of the CUSD Board of Trustees) Education must come first, at the expense of all other programs–period. We must plant the seeds of knowledge in the minds of our children in order to protect California’s leadership in high-tech, bio-tech and
aero-tech. Everyone benefits from more education.

Those who receive a good education are simply more useful, more self-reliant citizens.

Sams Says: “They’ll Be NO Gravy Train On My Watch!”
http://www.davidsams.com/

… Sams is considered a visionary and one of the world’s greatest marketers. He has appeared on 60 MINUTES, NBC’S TODAY SHOW, DATELINE NBC, and WORLD NEWS TONIGHT. He has been featured in dozens of magazines and newspaper articles, including USA TODAY and TVGUIDE. Sams launched the OPRAH WINFREY show into national syndication in 1986 while head of marketing and creative affairs for KingWorld (see picture above). As a marketing archetect, he turned WHEEL OF FORTUNE and JEAOPARDY! into household names. Since 1987, he has owned and operated his own businesses, generated over $100,000,000 in sales via TV and the Internet. He has consulted many companies from CBS to Motown. As a TV Producer/Director/Writer, Sams has won 9 Emmys and many advertising awards. He has also helped to raise millions of dollars for charity. His Internet companies, including SamsDirect.com have been
incredibly successful. …

I’m sick and tired of Governor Davis and his gang of spend-a-holics. All they want to do is spend, spend, spend and tax, tax, tax. Who died and made Grayout Davis king?

Grayout is the worst CEO in our state’s history. He simply does not know the meaning of balancing a checkbook–other than his own! Of course, it’s easy to balance your checkbook when millions of dollars pour in from special interest groups!

I’ve built my business from the ground up since 1987–generating over $100,000,000 in sales–balancing the checkbook and putting a lot of good folks to work along the way…

I vow to REDUCE WORKERS’ COMPENSATION BENEFITS for state workers (just how many times do you really need to go to the chiropractor?)….

I vow to STUDY INCOME TAX ALTERNATIVES, including a FLAT TAX that is fair to all citizens–regardless of income level (It’s incredible that our government taxes hard-working successful people higher than those who sit on the couch eating donuts and watching the Jerry Springer Show).

SAMS AND THE CHRISTIAN BENEVOLENT ASSOCIATION 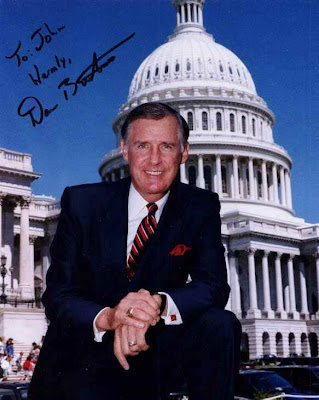 Honorable Dan Burton – CNP 1988, 1996, 1998; member US House of Representatives (Indiana-6th); vice chairman, Foreign Affairs Subcommittee on Africa. “…In the late 1980s and early 1990s [Dan] Burton and Republican Senator Jesse Helms worked with the International Freedom Foundation, a Washington-based organisation in part clandestinely funded by the South African military to prop up overseas support for apartheid. The goal of the anti-communist group was to gather intelligence on, and discredit, the then-banned African National Congress. Burton and Hatch voted against key 1986 legislation banning trade and investment with South Africa, even when most of their party moved across the floor to support it…It is the height of hypocrisy that Orrin Hatch or Dan Burton would be opposed to anyone breaking sanctions against South Africa,” said Salih Booker, who was the Democratic professional staff member of the House foreign affairs subcommittee on Africa in the mid-1980s. He is now executive director of the Africa Policy Information Centre, a non-profit advocacy organisation in Washington. Dan Burton called the freedom movement of the ANC a ‘terrorist’ organisation and spent most of the time attacking their leadership, notably Nelson Mandela,” Booker said, noting that Burton was the ranking Republican on the Africa subcommittee at the time. “He never had a word against the white supremacists who ruled; he never met with those fighting for freedom, unlike others on the committee, Republicans and Democrats alike…after many of his Republican peers decided to support US trade and investment sanctions against South Africa, Burton remained a stalwart against the Comprehensive Anti-Apartheid Act of 1986. So did Hatch. That Bill “which became law by garnering a two-thirds majority to override president Ronald Reagan’s veto ” outlawed petroleum product exports and imports of South African coal, uranium, iron, steel, textiles, sugar and other agricultural products, and prohibited new investment in South Africa.”

“The role of apartheid military intelligence in the International Freedom Foundation surfaced in 1995 when former South African spy Craig Williamson revealed that the former Pretoria regime spent up to $1,5-million a year until 1992 to underwrite “Operation Babushka”, as the foundation was known.” “A member of the foundation’s international board of directors disclosed that at least half of the foundation’s money came from projects undertaken on behalf of South Africa’s military intelligence, New York’s Newsday reported in 1995 after a three-month investigation. And Colonel John Rolt, a South African army representative, confirmed that “the International Freedom Foundation was a former South African Defence Force project”.

“Burton, Helms and other foundation participants, such as former Republican presidential candidate Alan Keyes, denied knowledge of the South African funding link. But Burton was an active participant. In 1987, for example, when Senator Edward Kennedy chaired a study of children in apartheid prisons, the foundation retaliated by sponsoring an investigation into the ANC’s treatment of children, The Observer of London reported…” 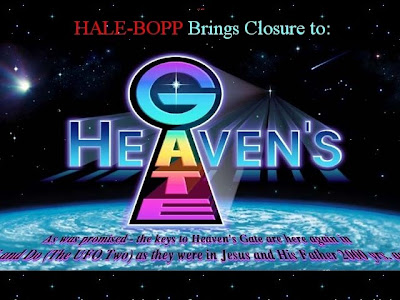 ” … The Heaven’s Gate theology, for all intents and purposes is Christian. In fact, it’s so steeped in classic neo-Platonist theological motifs, that it’s almost Gnostic. Just because Heaven’s Gate substituted a flying saucer for Jesus Christ doesn’t mean that their beliefs were any different than those found in certain strands of American Protestantism. In fact they were quite similar. Nevertheless, mainstream American Christians and therapists alike have for years drawn a distinction between cultism and religion in order to deflect criticism from the ethical consequences of certain types of Protestant worldviews, particularly those millennial ones which reject the world out of disgust with its corruption, its lack of meaning and its emptiness in favor of the afterlife. Like the members of the Heaven’s Gate cult, Christians who hold these millennial views see death and the second coming as a means to annihilate the fallen world which traps all of us. 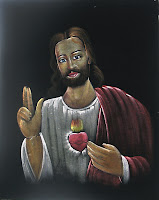 “We have to learn to come to terms with the psychological undercurrents which inform all of our spiritual dispositions, especially in a country as nihlistic as America. … “
“http://bad.eserver.org/issues/1997/32/badshorts.html

” … The leader of the cult Marshall Herff Applewhite claimed that he came to this earth 2,000 years ago as Jesus … “
http://www.jesus-is-lord.com/comet.htm 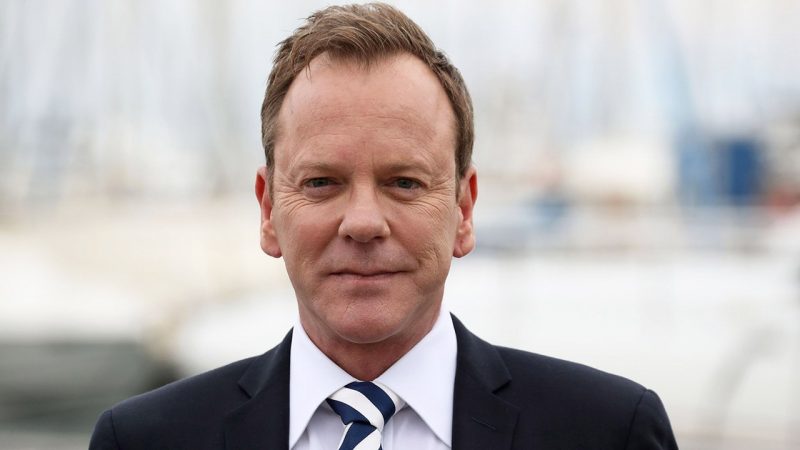