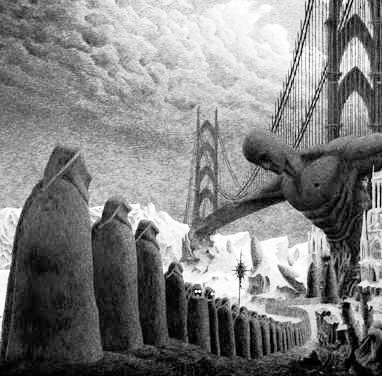 In which two unrelated celebrities named Mark Everett – one reasonably successful, lead vocalist for The Eels rock band (with defense intelligence ((a spook father)), advanced physics ((seminal to advanced computer systems)) and a 9/11 connection in the family), the other a child actor who grew up to be a southern California murderer, shot dead by police in a hostage standoff in El Monte, California – are, incidentally, found to have diametrically opposed careers: one rising from a marginally sane, death-tainted, traumatic past as the lonely son of a theoretical physicist and Pentagon defense analyst, the other a bloody decline and fall from brilliant soundstages of youth to abject disgrace and senseless death … 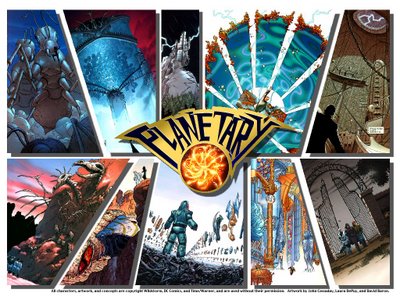 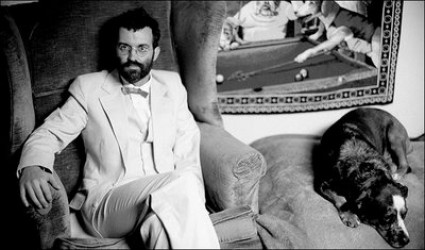 LOS ANGELES — Approached to do a documentary about the genius father he barely knew, Mark Oliver Everett experienced familiar twinges of panic and resistance. The singer/songwriter suffered similar anguish during the wrenching process of writing his autobiography. He knew he was on the right track. 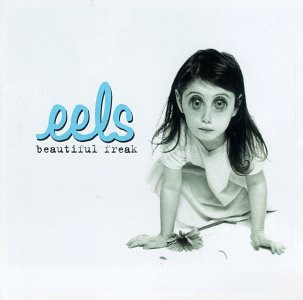 “When I feel the mechanism that says ‘you’d better censor that,’ I make sure I don’t,” says Everett, better known as E [as in “Elijah”] , creative force behind indie-rock band the Eels.

“I’m always trying to peel away the layers.”

To his great unease, he succeeds in Things the Grandchildren Should Know, a memoir in stores today, and Nova special Parallel Worlds, Parallel Lives, airing tonight on PBS. Both chronicle his upbringing in an eccentric family haunted by tragedy, mental illness and an aloof father whose mind-bending Many Worlds Theory was considered far-fetched until after his death.

In an unpretentious voice that vacillates from sad to sardonic, Everett, 45, writes of growing up in Virginia with permissive parents who barely noticed his arrests or drug abuse in high school. His father, quantum physicist Hugh Everett III, drank heavily and chain-smoked, seldom engaging in family matters as he sat nightly at a table scribbling notations. He wrote his famous theory, which predicts that a parallel universe splits off from reality every time a decision is made, in 1957 as a Ph.D student at Princeton University. 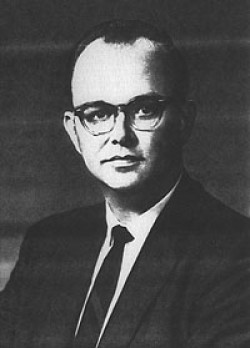 Hugh Everett III was employed by a defense contractor, the Lambda Corporation, in the sixties, and was named president of the company in 1965. Lambda Corporation was responsible for strategic analysis support of the systems analysis program at the DoD under Robert McNamara. Everett was a strategic adviser and analyst during the Vietnam War, said to have been in part “responsible for the application of game theory to the analysis of ballistic missile performance.” Lambda Corp. was “intended as a company where people with extraordinary intelligence and problem-solving ability (which indeed describes its small staff, and certainly its leader, Everett) would be assigned problems exceeding the usual degree of complexity and challenge. It is such problems that are interesting to such people. The staff included physicists, mathematicians, and chemists (among them were those who had worked in the Manhattan Project) … “
http://space.mit.edu/home/tegmark/everett/everett.html#e14
A principal definition of “Lamdda,” originally the eleventh letter in the Greek alphabat: ” … The Roman’s considered it ‘the light of knowledge shed into the darkness of ignorance.’ … “
http://www.fortunecity.com/village/birdcage/279/lambda.html

Dismissed as a crackpot, the dejected scientist later left physics to become a defense analyst and died at 51 of a heart attack. Everett, then 19, found his father’s body. Attempting to revive him, he realized it was the first physical contact he recalled having with his father. 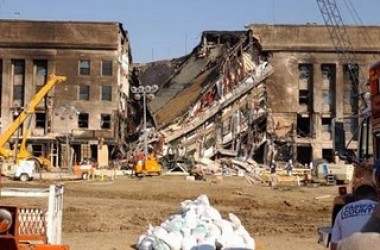 The book also details the suicide of his drug-addicted, mentally ill sister, his mother’s lost battle with cancer and the death of his beloved cousin, a flight attendant on the jet that crashed into the Pentagon on 9/11. …

He declined to read at U.K. book signings, instead drafting such peers as Pete Townshend, who dubs Things “one of the best books ever written by a contemporary artist.” … 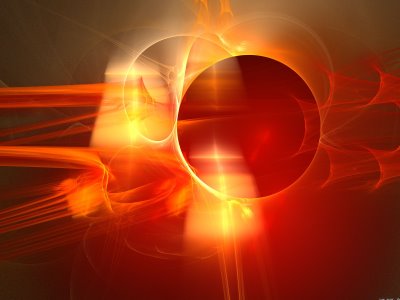 Parallel takes Everett through his father’s professional odyssey via friends, peers and admirers who now regard his formerly dismissed theory as brilliant. As physicists attempt to explain elements of the concept to Everett, he confesses, “My brain hurts.”

“There were light-bulb moments where I felt I understood it,” he says. “I don’t see why the theory wouldn’t be true. By default, I have to be an Everettian.”

He’s more grateful for the light cast on his father’s persona.

“He was so ahead of his time,” he says. “A genius kid came up with a mind-blowing theory at 27 and wasn’t taken seriously because there wasn’t a mathematical way to check it out. Now there is, and everyone’s paying attention. But he gave up on it, and it ruined his life. So I understand why he was the way he was. It made it easier for me to let him off the hook.” …. 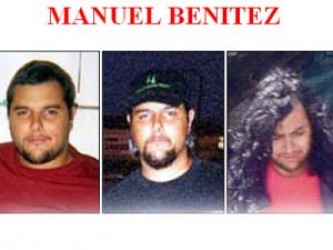 Detectives on Wednesday identified a 38-year old Hawthorne murder fugitive who took his 6-year-old son hostage at gunpoint, barricaded himself and the child inside an El Monte restaurant bathroom, and then triggered a bloody standoff that left the suspect dead and the boy wounded.

The hostage-taker was identified as Manuel Benitez of Hawthorne, who’s also known as Mark Everett, Mike Evers, Manuel Velasco, and Manuel De Velasco, according to the FBI’s Web site. 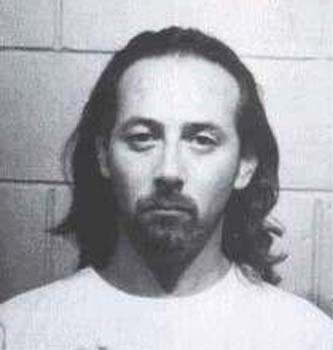 Benitez worked as a child actor under the stage name, Mark Everett. He had acting roles in the movies Stand and Deliver and Pee Wee’s Big Adventure. Everett also appeared in the television series Galactica 1980 and Highway to Heaven.

According to the FBI, Benitez spoke several languages, including Cantonese, German, Spanish, French and English.

Benitez was wanted in connection with the June 21, 2004, murder of his girlfriend, Stephanie Spears, that occurred at 13026 Florwood Avenue, Deputy Derrick Thompson of the Sheriff’s Headquarters Bureau said.

According to the Web site of the Fox series America’s Most Wanted, Benitez/Everett allegedly bludgeoned his girlfriend to death with a dumbbell inside their home during a fit of rage over a bad break-up.

After the break-up Benitez allegedly tried to take their son Benjamin, who was 3 at the time, while Spears was asleep. When she woke up and confronted him, he became enraged and attacked her, the Web site reported.

Benitez then reportedly took off with his son and was believed to have fled with his mother Elizabeth Velasco to Cuba or Mexico, where Velasco has family ties, the Web site reported.

On May 11, 2005, a state warrant was issued by the Superior Court of California, County of Los Angeles, for Benitez’s arrest after he was charged with murder.

He was also charged federally with unlawful flight to avoid prosecution and an arrest warrant was issued by the United States District Court, Central District of California, on March 21, 2006, according to the FBI’s Web site.
In June 2007, the FBI offered a $20,000 reward for information leading to his arrest.

The events that culminated with Benitez’s death began about 2:30 p.m. Tuesday when El Monte police responded to a call of a suspicious person with a child near the intersection of Ramona Boulevard and Santa Anita Avenue, sheriff’s Sgt. David Infante said.

When officers arrived at the scene, they found Benitez armed with a handgun. Benitez then reportedly grabbed his son — Benjamin, who is biracial, Black and Latino — and positioned him between himself and police, Infante said.

Benitez then took the boy inside Tai Pan Chinese Food, at 3580 Santa Anita Ave., and locked himself and the child inside a bathroom, threatening to kill himself, Benjamin, and any responding officers, Infante said.

Crisis negotiators entered the restaurant, establishing communication with the man for roughly two hours, but he refused to comply with their requests to surrender or release the child, Infante said.

Hours into the standoff, the bathroom door opened, and the Special Weapons Crisis Entry Team deployed a flash-bang device inside the room. The team then entered the bathroom, attempting to rescue the boy and take the suspect into custody, he said.

Then, “an officer-involved shooting occurred,” Infante said. The suspect suffered a gunshot wound and was pronounced dead at the scene. Two handguns in Benitez’s possession were recovered following the shooting, Infante said.

Shortly after that, officers emerged from the restaurant carrying the boy, who suffered a non-life threatening gunshot wound to his leg, according to the sheriff’s department. It was unclear who fired the shot that wounded him.