Greta Before and After Cosmetic Surgery

" ... But what kind of religious mission motivates Van Susteren? St. Petersburg Times reporter Mary Jacoby discovered that Van Susteren belongs to Scientology ... she has tried to keep a rather low profile on the Scientology angle ... " 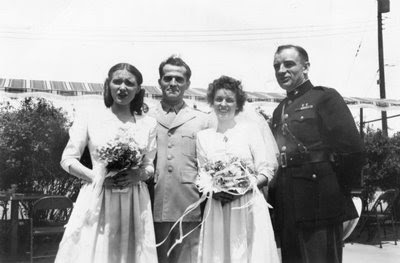 Mein Kampf was reportedly the only book McCarthy read: " ... According to McCarthy's lifelong best friend, judge Urban Van Susteren (yes, Greta's father!), McCarthy 'never read books,' with one exception: Hitler's Mein Kampf, which he regarded as a handbook of political tactics. 'Joe was fascinated by the strategy, that's all,' said Van Susteren. ... "

And who gave McCarthy a copy of Mein Kampf? “ ... McCarthy’s best friend, the man who loaned him a copy of Mein Kampf, was a fellow Wisconsin conservative, Urban Van Susteren. Progressives won’t be surprised that Greta Van Susteren, a Fox News mainstay and Urban’s daughter, grew up in a home with a cherished edition of Hitler’s famous template for fascist political organization and bigoted scapegoat. ... ”
http://richc.myarchive.us/2005/11/mccarthyism-fallout/

" ... Her father, Urban Van Susteren, was a longtime friend of Joseph McCarthy, having studied law alongside him and serving as his campaign strategist in his successful 1946 U.S. Senate campaign to unseat three-term incumbent Robert LaFollette, Jr. During his Senate career, McCarthy lived in the Van Susterens' Appleton home when he was not in Washington. ... "
http://en.wikipedia.org/wiki/Greta_Van_Susteren 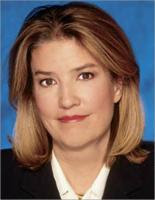 " ... [Greta] Van Susteren was actively exposed to controversial politics at an early age. Before she was born and while she was a child, her father was actively involved in the election of Wisconsin Senator Joseph McCarthy. Her father, Urban Van Susteren, a County Judge, was campaign manager for McCarthy’s messy 1946 campaign. The campaign won the seat for McCarthy and unseated the incumbent, Senator Robert M. Lafollette, Jr. Although Greta was clearly not around for the campaign, she was around when McCarthy stayed at the Van Susteren home, while he was away from Washington, visiting his constituents. ... "
http://www.nnp.org/nni/Publications/Dutch-American/vansusteren.html

" ... By the summer of 1956, Joe's alcoholism had become so severe that he began to be hospitalized periodically for detoxification. Jean [his wife of three years -- CY] told reporters in early September that he was in Bethesda Naval Hospital for treatment of a knee injury suffered on Guadalcanal while helping to repair a plane. [...] Privately, Jean pled with friends to help her save Joe's life. Later that month, Joe and Jean flew to Appleton for a visit. One evening, after a full day of drinking, Joe began to experience delirium tremens in front of his wife and friends, crying out that snakes were leaping at him. Jean, in great anguish, soon confided to Urban Van Susteren that Joe's alcohol consumption had damaged his liver. Van Susteren telephoned the senator's physician in Washington and learned that the liver condition was such that Joe would die in a short time unless he abstained from liquor completely. When Van Susteren confronted Joe about the matter the next morning, Joe flew into a rage. 'Kiss my ass,' he shouted. After a time, Van Susteren angrily shoved a bottle of whiskey in front of his old friend and told him to drink it and end things without further disgracing himself and his family. ... "
http://www.bookcase.com/~claudia/mt/archives/000947.html

" ... Van Susteren obtained a medical doctorate in 1982 at the University of Paris and later interned at the Hospital St. Anne in Paris, France, at the American Hospital in the Paris suburb of Neuilly, and at Hospital Tokoin in Lome, Togo. She worked as a resident in psychiatry at St. Elizabeths Hospital in Washington, D.C. (then a federal institution) (1983-1987). She was board certified in general psychiatry in 1989 and in forensic psychiatry in 1999 and worked as staff psychiatrist (1985-1991) at the Alexandria Mental Health Center in Alexandria, Virginia and at the Springfield Mental Health Center in Springfield, Virginia (1984-1989). Lise also worked as a consultant to the Central Intelligence Agency, conducting psychological assessments of world leaders. ... "
http://en.wikipedia.org/wiki/Lise_Van_Susteren

"Lise's husband is Jonathan Kempner, president and CEO of the Mortgage Bankers Association, a trade association. She and Kempner have three daughters. Lise's mother-in-law, Helen Covensky, was a Holocaust survivor."

" ... [Greta's] lawfirm got in trouble twice for active soliciting, commonly known as 'ambulance chasing.' The second time was after the ValuJet disaster. ... "
http://home.snafu.de/tilman/prolinks/greta.html
•••
Greta's husband Coale vs. the Cult Awareness Network ((CAN)) from the St. Petersburg Times): "In 1993, the husband-and-wife legal team played a small role in Scientology's campaign to take over the Cult Awareness Network, or CAN. Church-backed lawsuits bankrupted the organization, which helped people leave Scientology.

"Van Susteren and Coale represented an Ohio woman who sued a cult-deprograming organization called Wellspring, whose executive director also sat on the CAN board. But their real target was CAN, which at the time was Scientology's public enemy No. 1.

"We wanted to get CAN in there, but we didn't have the evidence,' Coale said. 'We thought they were behind it.' ... "