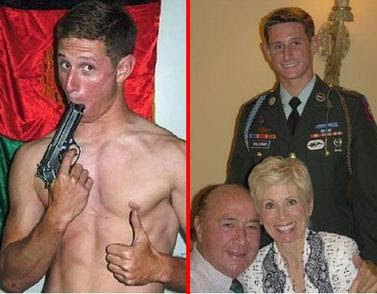 The black and frightening valueless world of Laura Schlessinger:

"Woman Power: Transform Your Man, Your Marriage, Your Life"

She was once an Orthodox Jew. She has a PhD in Physiology from Columbia U., where tons of spooks went to school ... and there are intimations of a very dark side:

The soldier son of talk radio relationship counselor Laura Schlessinger is under investigation for a graphic personal Web page that one Army official has called "repulsive."

The MySpace page, publicly available until Friday when it disappeared from the Internet, included cartoon depictions of rape, murder, torture and child molestation; photographs of soldiers with guns in their mouths; a photograph of a bound and blindfolded detainee captioned "My Sweet Little Habib"; accounts of illicit drug use; and a blog entry headlined by a series of obscenities and racial epithets.

"A badly decomposed body of an elderly woman was found Friday in the Beverly Hills home of Dr. Laura Schlessinger's mother, Yolanda, Reuters reports. Although her identity has not been confirmed, police are operating on the assumption that the body is that of the talk show host's mother. An autopsy revealed she had been murdered although cause of death has not been released. Beverly Hills Police Lt. Gary Gilmond said the state of the body and home suggested that the woman had been dead for a "substantial period of time," possibly several months. ... "

That's just scratching Laura's surface. Nude pictures of her were posted on the web by an old flame a few years ago.