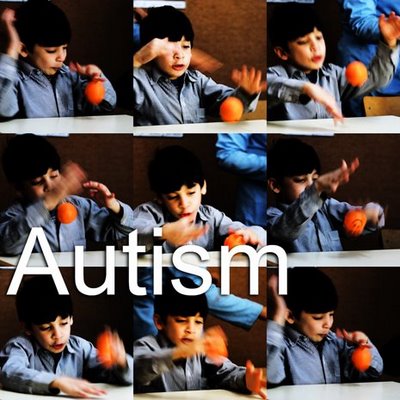 The BMC Pediatrics study could not show if the results were long-lasting but should prompt further investigation of the treatment, the US team said. One theory is that oxygen can help reduce inflammation and improve flow of oxygen to brain tissue.

Hyperbaric treatment - effectively giving high concentrations of oxygen at increased atmospheric pressure - has been shown to have some benefit in other neurological conditions such as foetal alcohol syndrome and cerebral palsy.

Some studies have looked at the treatment in children with autism but they have not compared with a dummy procedure raising questions around a "placebo effect".

In the latest study, carried out at six centres in the US, 62 children aged two to seven with autism were randomly assigned to receive 40 hours of treatment over a month with 24% oxygen at increased atmospheric pressure (1.3 atm) or normal air in a slightly pressurised room (1.03 atm).

In all, 30% in the treatment group were rated by doctors as "very much improved" or "much improved" compared with 8% of those in the control group.

Overall, 80% in the treatment group improved compared with 38% of controls. 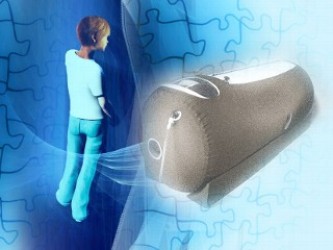 Study leader, Dr Dan Rossignol from the International Child Development Resource Centre, in Florida, said the use of hyperbaric therapy for autism has been gaining popularity in the US where parents can buy their own hyperbaric chamber if they have a spare $14-17,000.

He said the findings would be quite controversial and he too was initially very sceptical of the idea but was prompted to do more research after the treatment showed benefits for his two sons who have autism.

"We're certainly not talking about a cure, we're talking about improvements in behaviour, improving certain functions and quality of life. The next step is to try to find out which kids do respond, because it's an expensive treatment - it may be that kids with more inflammation respond better. It would also be nice to know how long the treatment lasts, and the finding needs to be confirmed."

Richard Mills, research director at Research Autism, said this was the first well-designed study looking at the therapy.

Professor Philip James, an expert in hyperbaric medicine at the University of Dundee, said the pressure used was no more than that used to pressurise an aircraft cabin on the ground.

He added that oxygen was the "controller of inflammation" but also had other effects on regulation of genes and tissue regeneration.

But even if proven, the treatment may not be for everybody.

"When you have any condition, there are people who have too much damage to get better. All the oxygen is doing is bringing things towards normal."