Germany: Onlookers Cheered as a Refugee Shelter Went Up in Flames - The Constantine Report
0 SHARES

Recommended » Germany: Onlookers Cheered as a Refugee Shelter Went Up in Flames

Germany: Onlookers Cheered as a Refugee Shelter Went Up in Flames

The fire occurred days after around 100 protesters prevented refugees from leaving a bus.

A hotel being converted into a refugee shelter caught fire early Sunday morning in Bautzen, Germany, as onlookers cheered and blocked firefighters from the building, the prime minister of the state of Saxony confirmed.

A crowd surrounded the hotel as the roof began to burn, a local paper reported. As firefighters arrived many went to block them from putting out the flames, while others applauded, cheered, and yelled “kanaken,” a German slur for people of Mediterranean descent.

Though the large flames caused significant damage to the structure, no one was reported injured. The hotel was supposed to house around 300 migrants.

“Some people reacted to the arson with derogatory comments and undisguised joy,” local police described in a statement. 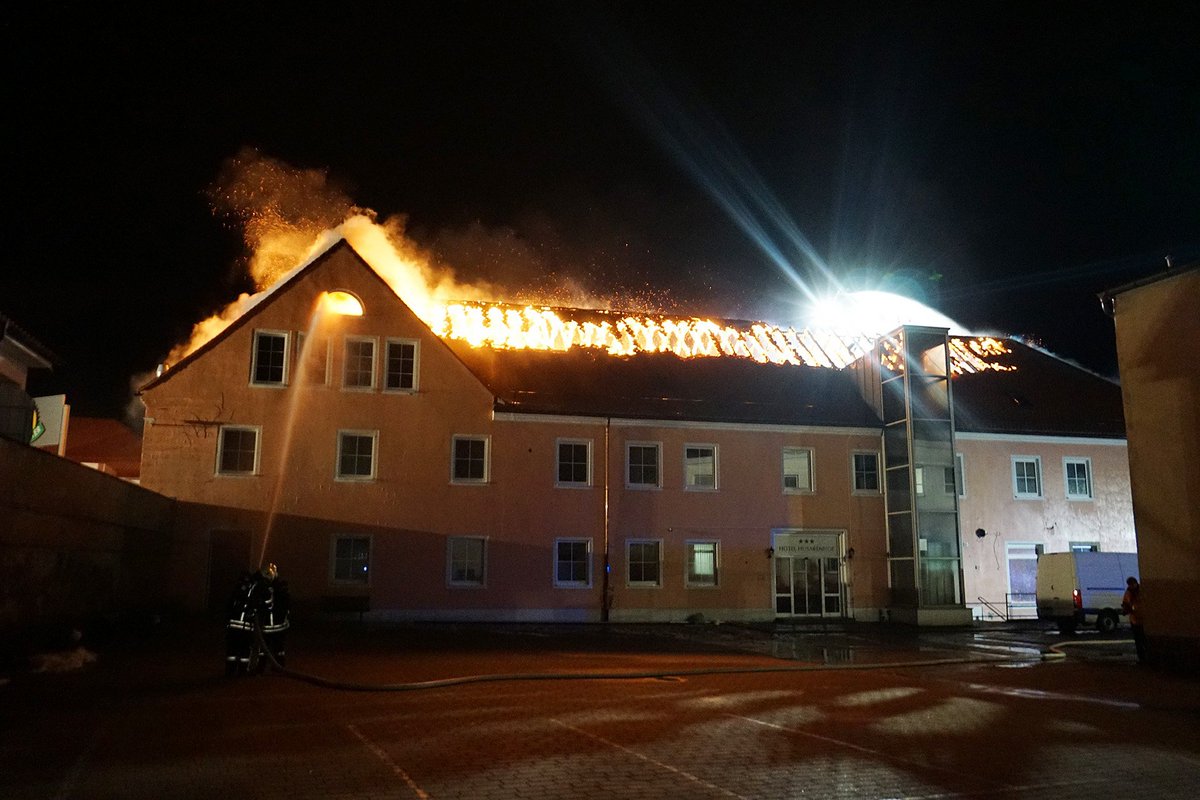 The police said they suspected arson and were investigating right-wing extremist groups in the area who have recently become vocally anti-migrant.

Two drunken men were arrested after they refused to leave the scene.

Days before the fire, around 100 protestors in the nearby Saxon town of Clausnitz blocked refugees from leaving the bus intended to bring them to a new shelter. The refugees were forced to stay in the bus for hours until police managed to disperse the crowd.

A video of the protest shows German protestors chanting “We are the people” — the slogan of the 1989 peaceful uprising which led to the fall of the Berlin Wall — as visibly frightened migrant women and children were off-loaded into the shelter.

A second video shows police roughly dragging a migrant boy from the bus as protestors cheered him on.

According to the public broadcast service for the region, the man who organized the protest was the brother of the head of the local refugee housing service.

The man expressed regret at the way the protest had turned out, insisting that he had only wanted to express “dissatisfaction with the asylum policy in Germany.”

Police in the Brandenburg region are also investigating the recent distribution of leaflets urging Germans to “resist” the foreigner invasion.”

The police suspect the leaflets to be the work of neo-Nazis, the BBC reported. They also give instructions about how to create and use firebombs and explosives.

On Sunday afternoon following the blaze, around 70 counter-protestors gathered in the rainy town square of Bautzen to express dismay over the fire and the way in which their neighbors reacted.

Germany received over a million migrants seeking asylum in 2015.