NIXON AND THE JEWS

” … What triggered the series of discussions between Nixon and his great trophy-friend, Protestant evangelist Billy Graham – the great preacher told the president of his biblical theories about ‘Satanic Jews’ – was an IRS audit of Graham’s income taxes in 1972. … “ 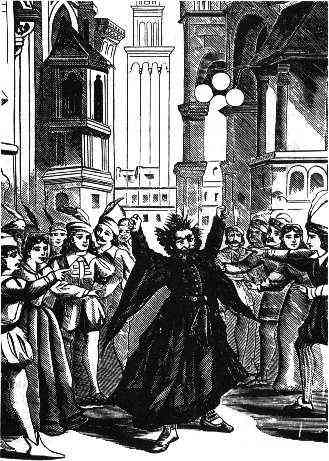 WASHINGTON — It is too simple to put down Richard Nixon as a roaring anti-Semite who had a short conversation complaining about Jews to the Rev. Billy Graham. The 37th president was infinitely more complex than that, an all-American politician, an all-American equal-opportunity hater.

Above all, President Nixon was a professional politician obsessed with his enemies. He cherished the people he hated, because his career was made not by people who loved him for himself but by people who loved him for his enemies. He might never have gotten out of Orange County if it were not for the significant and negative energy he generated by inwardly cursing the press, Waspy Ivy Leaguers and the Jews, who were, after all, a principal financial support of liberal Democrats and their causes.

Recently the nation was once more titillated by Nixon’s private 1950s-style locker-room rantings recorded forever on 500 more hours of the thousands of hours of White House recordings being slowly released by the National Archives. It will happen again and again, an entertainment as predictable as minstrel shows once were.

I have listened to and read more Nixonia than most, six years of it in writing “President Nixon: Alone in the White House,” which goes into much more detail about Nixon’s complicated views of and relations with Jews. What I found, with and without tapes, was that the president did describe reporters as “kike girls” and used “Jew bastards” to describe IRS auditors and other officials, many of who were no more Jewish than he was.

In 1971, unhappy about unemployment numbers compiled by the Bureau of Labor Statistics, Nixon sent an assistant named Frederick Malek to count the Jews in the bureau. Malek reported back: “Thirteen of the 35 fit the demographic criterion which was discussed.” At the same time, another aide, Patrick Buchanan was compiling lists of the educational background of ambassadors in a scheme to eliminate as many as possible who had Ivy League backgrounds. The president also had theories about connections between the Mafia and Jewish contributors to the Democratic Party, and that Jews had the power to control the prices of meat and other foodstuffs.

What triggered the series of discussions between Nixon and his great trophy-friend, Protestant evangelist Billy Graham — the great preacher told the president of his biblical theories about “Satanic Jews” — was an IRS audit of Graham’s income taxes in 1972. On Sept. 13 of that year, the president called in his chief assistant, H.R. Haldeman (whose diaries include anti-Semitic musings), to say:

“Billy Graham tells me an astonishing thing. The IRS is battering the s— out of him. Some son-of-a-bitch came to him and gave him a three-hour grilling. (Treasury Secretary John) Connally took the name of the guy. … You see the IRS is full of Jews, Bob; that’s why they’re after Graham.”

So it went. But there was always more talk of politics than religion in Nixon’s ramblings and threats.  He had tribal and genetic views of politics, and the Jews were a tribe, a smart one, who were generally against him. Whatever was in his heart, he was more than a bit proud when he could pull Jews over to his own side, often lavishing both praise and affection on men such as Henry Kissinger, William Safire, Leonard Garment, Max Fisher and Herbert Stein, among others.

And Nixon turned out to be one of the greatest friends Israel ever had. He could be mad at the Jewish nation when it went its own way, passing messages to Tel Aviv that if the Israelis did not stick with him, they could go back to Germany and see how that worked out. But in the end, he sealed the relationship between the superpower and its democratic friend in the Middle East, elevating Israel from a moral obligation to a strategic ally.

On Oct. 13, 1973, when Watergate was destroying his presidency and his person, he roused himself from the depression and increasing irrationality that was being hidden from the American people for a last great gesture, cutting through Pentagon and State Department caution over resupplying Israel, which was being driven back militarily by Egypt and Syria. Ignoring Kissinger and Secretary of Defense James Schlesinger, Nixon personally ordered a massive airlift of ammunition and other war materiel to Israel, 550 sorties by giant transports to the country’s main airport outside Tel Aviv. As the first U.S. planes roared in, traffic stopped in the city and Israelis stepped out on the highways and streets, looking up and singing “God Bless America!” The 37th president went back to mumbling how Jews in the media were doing him in. We will hear more of this.

He is our Hamlet and Richard III. He and Shakespeare always had one more trick to play on the stage that is all the world.