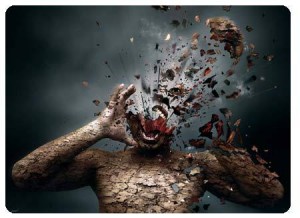 Los Angeles, CA - BACM Research’s PaperlessArchives.com has announced its publishing of a collection CIA documents dealing with the CIA’s Project ARTICHOKE offensive mind control techniques experiments. Much of the material in this collection was not released under the Freedom of Information Act by the CIA until this year.

ARTICHOKE was the CIA’s cryptonym for the study and/or use of special interrogation methods that have been known to include hypnosis, drugs and total isolation. It grew out of the Agency’s Operation BLACKBIRD and was a forerunner to the Agency’s MKULTRA.

Project ARTICHOKE also known as Operation ARTICHOKE was run by the Central Intelligence Agency’s Office of Scientific Intelligence. The project went deeper into interrogation methods studied in the CIA’s Project BLUEBIRD. ARTICHOKE offensive mind control techniques experiments attempted to induce amnesia and highly suggestive states in its subjects. ARTICHOKE focused on the use of hypnosis, forced morphine addiction, forced morphine addiction withdrawal, and the use of other drugs, chemicals, and techniques.

The main focus of the program was summarized in a January 1952 CIA memo, "Can we get control of an individual to the point where he will do our bidding against his will and even against fundamental laws of nature, such as self-preservation"

One program experiment attempted to see if it was possible to produce a "Manchurian Candidate" In Richard Condon’s 1959 novel "The Manchurian Candidate" an American soldier, who has been placed into a hypnotic state by Communist forces, returns home to assassinate on command. Five years earlier the CIA considered the possibility. A January 1954 CIA report asks the question, “Can an individual of [redacted] descent be made to perform an act of attempted assassination involuntarily under the influence of ARTICHOKE?”

The collection can be downloaded for free at:

I read that most mass shooters were seeing psychiatrists around the times of the shootings and I read that many of them were on psychiatric drugs. While most of these drugs zombify people and make them passive, they often have a paradoxical effect called akathisia. Akathisia has been described as a sense of internal restlessness and it has sometimes caused violence. Dissident psychiatrist Peter Breggin wrote about akathisia in his book, “Medication Madness”(www.breggin.com). Of course, some psychiatrists might deliberately do mind control in their offices.

Also, psychiatry has influenced and been influenced by, Nazism. Many of the genetic and biochemical “theories” prevalent in psychiatry were likely influenced by eugenics, which also was in bed with the Nazis. Many Nazis like mind control. I read that some of the psychiatrists involved with MK-ULTRA were Nazis who likely came over through Operation Paperclip. Or American Nazis copied some of the “research” the Nazi shrinks did on concentration camp prisoners.

I think some psychiatrists might be involved with the mass shootings because they and their cronies in the government would have an easier time taking away people’s rights and freedom if they could get the people scared. Some might subtly influence people to do these type of things.

Mcveigh had help, inside and out, and loughner was part of a far right-nazi subculture in arizona. He just did what others were talking about.

This makes me wonder about Timothy McVeigh – Laughner – and others –