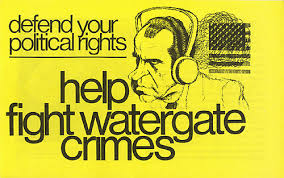 Research for Terry Irving’s political thriller “Courier” uncovers a level of criminal activity and corruption far greater than known by most Americans.

Terry Irving, the Washington DC based author of the breakthrough thriller “Courier” and an Emmy award-winning television news producer, has found while researching his latest book that, to his surprise, Richard Nixon’s criminal betrayal of the nation was far beyond anything anyone but the most radical would have thought in the 1970’s.

“I can remember reading Hunter S. Thompson’s coverage and thinking that statements like ‘Richard Nixon was an evil man…utterly without ethics or morals or any bedrock sense of decency’ were paranoid and irrational” said Irving, who worked for ABC News during the scandal and witnessed firsthand many of the now legendary events.

However, Irving’s attitude changed dramatically during his extensive research for his breakthrough thriller “Courier”. The critically acclaimed novel tells the story of a Vietnam veteran and Washington DC motorcycle courier for a major network news organization who picks up a reel of film and finds himself the target of a shadowy government kill squad determined to keep this story from the American public.

Irving himself rode a BMW for ABC News during Watergate and had a front row seat for events ranging from the “Saturday Night Massacre” to Spiro Agnew admitting he took bribes in the Vice President’s office. Irving said that as he wrote the book, he thought the central secret in “Courier”—that Nixon was taking money from the South Vietnamese in 1972 to prolong the war—was great as a novel’s plot device but a bit unlikely in reality.

“Like everyone else, I’d moved on to other stories and believed Watergate was a somewhat minor and predominately political affair. Wow, was I wrong.” Irving said. “What amazed me most in doing the research for “Courier” was the increasing realization that Richard Nixon truly was ‘a crook’ despite his famous denial and his administration was a criminal enterprise far beyond anything I could have imagined.”

Much of Irving’s information comes from new books that have reviewed and analysed notes, tapes, and trials that became public years after Nixon’s resignation. Here is an example from Ken Hughes recent book “Chasing Shadows” “From those documents and recordings, It’s now clear that Nixon made a deal with South Vietnam to pull out of the Peace Talks only days before the 1968 election, winning him the presidency and, arguably, leading to the deaths of over 21,000 American servicemen. President Johnson had ordered illegal surveillance to get to the bottom of this and warned Nixon through GOP Senator Everett Dirksen in a conversation a few days before the election,” said Irving. A damning portion of that conversation is as follows:

In addition to Nixon’s violation of the Logan Act, Irving also found:

Many of these revelations have previously been reported, but Irving believes that most Americans have forgotten the sheer enormity of truly criminal acts involved in Watergate and think today’s political scandals are comparable.

“Watergate can’t be looked at in a Republican versus Democratic way. It was a criminal cabal that used the entire Federal government as a personal cash cow and a political weapon of frightening power. There is nothing happening today that comes anywhere near.”

About COURIER:
It’s 1972, the Watergate scandal has Washington on edge and Rick Putnam, a Vietnam veteran and courier for one of the capital’s leading television stations, is trying to get his life back together after his nightmarish ordeal in the war. When Rick picks up film from a news crew interviewing a government worker with a hot story, his life begins to unravel as everyone involved in the story dies within hours of the interview and Rick realizes he is the next target. When he discovers a rogue CIA agent has orchestrated the killings, Rick isn’t surprised when his road to the truth leads directly to 1600 Pennsylvania Avenue.

“Kudos to one of television’s best producers for writing the thriller of the year.” — Sam Donaldson, longtime ABC News White House Reporter

About The Author:
Terry Irving is a four-time Emmy award-winning writer and producer. Irving has also been awarded three Peabody Awards, three DuPont Awards and has served as a producer, editor or writer with ABC, CNN, Fox and MSNBC, worked closely with top network talent including Ted Koppel, Sam Donaldson and Don Imus as well as developed many of the earliest forms of online media. You can find Terry online at http://www.TerryIrving.com | http://www.Facebook.com/TerryIrving | @TerryIrving

To interview Terry Irving or to request a reviewer copy of “Courier,” contact Allen Media Strategies’ Burke Allen at burke@allenmediastrategies.com or call 703-589-8960.

Anti-War Movement Successfully Pushes Back Against Military Confrontation With Iran 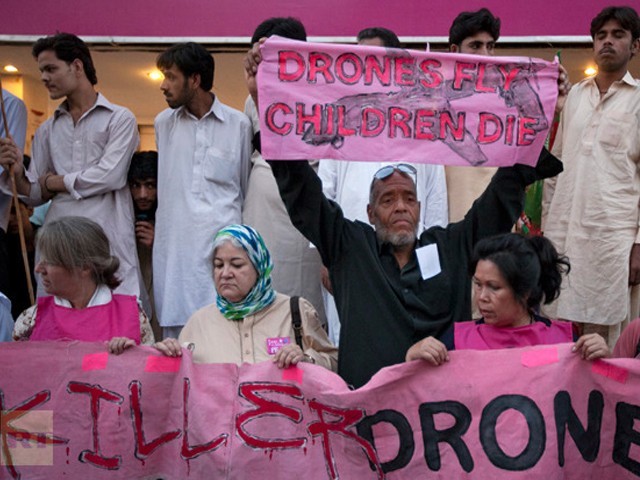 CIA Playbook: A Sour Attempt at Legalising Terror via Drones