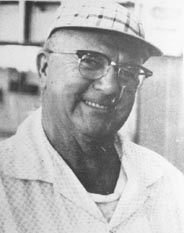 … Joseph Milteer, a white supremacist from the tiny south Georgia town of Quitman, who was affiliated with an unusually wide range of racists and racist groups, ranging from the Ku Klux Klan to the more respectable White Citizens Councils.  Milteer also worked with violent white supremacist J. B. Stoner, who eventually became James Earl Ray’s lawyer.

Rep. Stokes’s committee investigated not only Dr. King’s murder, but also that of President Kennedy, and they were given information tying Milteer to the assassination of JFK.  That’s because Milteer was recorded on Miami Police informant tape on November 9, 1963–thirteen days before JFK was killed–describing “a plan to assassinate the President with a high-powered rifle from a tall building” and saying that authorities ‘will pick up somebody within hours afterwards.” Milteer also talked on that tape about an associate’s unsuccessful plot to assassinate King.

The FBI didn’t give Rep. Stokes’s committee any information about any investigation they did in 1968 about Milteer and Dr. King’s assassination.  Even though the FBI was concerned about Milteer as late as 1967, there is no indication in released FBI files that the Bureau made even a routine inquiry as to where Milteer was when Dr. King was shot, something the FBI did for racists far less notorious than Milteer.  It’s a shame the FBI (apparently) didn’t try to find out, because after Milteer’s death, a Miami reporter found in his burned out house a letter indicating that Milteer was in Atlanta in the unusual area where James Earl Ray was abandoning his getaway car on the day after Dr. King was killed.

Milteer’s presence in that area of Atlanta that day–over 200 miles from Milteer’s Quitman home–helps to explain several things that have puzzled investigators for decades.  After Dr. King was shot in Memphis, James Earl Ray fled to Canada.  But first, while Ray was the most wanted man in America, he took an unusual 450-mile detour south, to Atlanta, where Ray had been living in a small rooming house.  Then, when Ray arrived in Atlanta, he parked almost in the shadow from Georgia’s heavily-guarded State Capital building.

More bizarre, Ray left his much sought-after getaway car just nine short blocks from Dr. King’s office and church, but over three miles from Ray’s Atlanta rooming house, where he was headed.  Despite intense efforts, the FBI and Atlanta police were never able to find any cab or bus driver who took Ray to his rooming house.

New information that we detail in our recently updated book Legacy of Secrecy shows that Ray had called one of Milteer’s three Atlanta business partners shortly before abandoning his car.  We also show how Milteer and his racist partners had put up most or all of the money for the hit contract on Dr. King, and likely aided Ray’s improbable two month escape, in which Ray went from Atlanta to Canada, to England, then to Portugal, and finally back to England (where Ray was arrested).

As we noted earlier, Rep. Stokes’s Congressional committee was given information about Milteer and JFK’s 1963 assassination, but nothing about Milteer and Dr. King’s 1968 murder.  In March 2010, author Stuart Wexler was told in writing that the FBI and National Archives can’t locate the FBI’s Atlanta Field Office File for Milteer.  Even worse, the FBI wrote Wexler that they had routinely destroyed the Atlanta Field Office file for another racist who traveled in the same circles as Milteer–even though other FBI files show this racist had boasted of knowing James Earl Ray, provided information to an FBI informant about King’s assassination, and was himself investigated for a 1963 plot against King.

The FBI actually has a file destruction schedule that allows them to destroy important material about King’s assassination.  That’s one reason the King Records Act is needed so badly, to prevent the further destruction of important files, especially those that were withheld from Congress or that have never been released.

Other important King assassination files withheld from Rep. Stokes’s committee related to Louisiana godfather Carlos Marcello.  In 2000, the Justice Department released a report in which they were supposed to investigate claims arising out of the 1998 civil suit victory of the King family, concerning a conspiracy that prominently involved Carlos Marcello.  However, the Justice Department report barely mentioned Marcello, and ignored material in their own files linking Marcello to King’s murder.

According to one 1968 Justice Department memo–withheld from Rep. Stokes’s committee, but since released and quoted in Legacy of Secrecy for the first time–information from a reporter’s sources that included a “well placed protégé of Carlos Marcello” said that the Mafia had “agreed to ‘broker’ or arrange the assassination [of Dr. King] for an amount somewhat in excess of three hundred thousand dollars after they were contacted by” a group “of wealthy segregationists.”  The group was linked to “the KKK and White Citizen’s Councils.  Quitman…was said” to be a possible base of their operation. …

Previous Article
In Nicaragua, a Return of the CIA/Nazi-Trained Contras?
Next Article
Re The “Liberal Fascist” Hoax: The Myth of “Syndicalist Support for Mussolini”

Re The “Liberal Fascist” Hoax: The Myth of “Syndicalist Support for Mussolini”
Aug 20