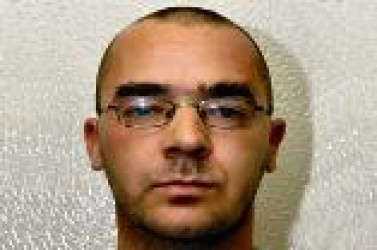 LONDON (AFP) — A court on Wednesday ordered a 16 year jail term against a neo-Nazi who made nail bombs designed to attack black, South Asian and Jewish people.

A judge in Leeds told Martyn Gilleard, who was found guilty by a jury of terror offences Tuesday, that he believed he intended to cause "havoc" with the devices, which were found under a bed at his home. Police made the discovery in October last year when they went to the property in Goole, near Hull, as part of a child pornography inquiry.

There they found about 39,000 indecent images of children as well as large quantities of extreme right-wing literature from the violent far-right group Combat 18.

Military paraphernalia was discovered, such as ammunition, gunpowder, fuses, weapons, camouflage clothing, balaclavas, survival guides, the home-made bombs and a notebook with anti-Semitic and other racist views. A Nazi swastika and Combat 18 logo was also found on a high-visibility jacket at his workplace.

Sentencing him to 11 years for terrorism offences and five years for the child pornography charges, Judge John Milford said Gilleard may not have formulated any specific targets and appeared to be a "lone wolf".
But he added: "It's clear to me you have a deep-seated hatred of persons who are black, Asian and Jewish. You believe that the time has come to stop the talking and to engage in direct action against them.

"I'm satisfied that they were mosques or some other place where black or Asian people were gathered together or demonstrations by those of the left who were opposed to your white supremacist views."

Gilleard, 31, admitted he was a member of far-right groups, including the National Front, the British People's Party and the White Nationalist Party, and told police he sympathised with white supremacists.

But the forklift truck driver claimed the nail bombs were not intended for serious violence and he only made them because he was bored.

Police on Tuesday said Gilleard was an "extremely dangerous individual" and "a terrorist, a man prepared to use violence to divide, or perhaps even attack, our communities."