Managing Director at Kissinger Associates Elected to Starbucks Board of Directors

Starbucks Appoints Joshua Cooper Ramo to Board of Directors 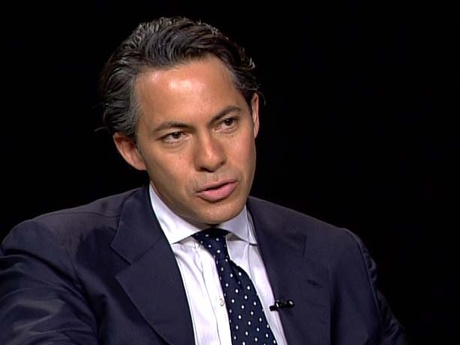 Starbucks Corporation (Nasdaq: SBUX) announced today that Joshua Cooper Ramo, Managing Director at Kissinger Associates, a business and government strategic advisory firm, was elected to the Starbucks Board of Directors on May 3. Ramo will serve on the Nominating and Corporate Governance committee.

“As we accelerate the growth of our international business, Joshua’s notable experience and perspective will complement our already strong and diverse Board,” said Howard Schultz, chairman, president and ceo of Starbucks. “His expertise, especially with regard to China, will be an invaluable contribution to maintaining our global leadership and strategic competitive advantage.”

Ramo, 42, has been called “one of China’s leading foreign-born scholars” by the World Economic Forum, and has written several papers on China’s development, which have been distributed in China and abroad. In 2008, Ramo served as China Analyst for NBC during the Summer Olympics in Beijing and shared an Emmy Award for his work at the Opening Ceremony. Prior to his current advisory role, Ramo was an award-winning journalist and Senior Editor and Foreign Editor of TIME Magazine. Ramo is also a New York Times best-selling author of the book “The Age of the Unthinkable: Why the New World Order Constantly Surprises Us and What We Can Do About It,” which has been published in nearly 20 languages.

Ramo holds degrees from the University of Chicago and New York University, and has been a member of the Council on Foreign Relations, Asia21 Leaders Program, World Economic Forum’s Young Global Leaders and Global Leaders for Tomorrow, and co-founder of the U.S. – China Young Leaders Forum.

“I’m delighted to join the Starbucks Board of Directors and help chart the future of this iconic company,” said Ramo. “Starbucks is an aspirational, exciting brand with unquestioned global relevance. I look forward to contributing to the next phase of the company’s growth.”

Genetics Journal Reveals Dark Past
May 09