Long Before Drones, the US Tried to Automate Warfare During the Vietnam War

“… General William Westmoreland … expressed the vision most concisely in October, 1969: ‘On the battlefield of the future … enemy forces will be located, tracked and targeted almost instantaneueously through the use of data links, computer assisted intelligence evaluation, and automated fire control. …”

In this excerpt from Andrew Cockburn’s ‘Kill Chain: The Rise of the High-Tech Assasins’, Cockburn delves into the strategic, historical, and technological developments that led to the widespread use of drones in the 21st century.

[By mid-1967] F-4 fighter-bombers and other aircraft strewed hundreds and then thousands of sensors across the jungle.

Fleets of assorted aircraft were deployed to circle day and night and relay radio signals from the sensors back to Nakhon Phanom, a military base on the west bank of the Mekong River in northeast Thailand that was so secret it officially did not exist.

The base hosted a whole variety of unacknowledged “black” activities, but at its heart, behind additional layers of razor wire and guard posts, sat an enormous air-conditioned building, the largest in Southeast Asia, that was home to Task Force Alpha, the “brain” of the automated battlefield.

Behind air locks pressurized to keep the omnipresent red dust of northeast Thailand away from the delicate machines, technicians monitored incoming sensor signals as they were fed to two IBM 360/65 mainframe computers, the very fastest and most powerful in existence at that time.

Teams of programmers on contract from IBM labored to rewrite software that would make sense of the data. Not coincidentally, the layout of the darkened, aseptic “war room” resembled that of the command centers of the air force ballistic missile early warning system back in the US waiting for signs of a Soviet nuclear attack.

In the view of the military command, the highly classified project represented the first step into a world in which human beings, with all their messy, unpredictable traits, would be eliminated, except as targets.

By the time Task Force Alpha began operating Igloo White, the secret code name for the overall electronic barrier (the military likes to preserve the illusion of security with a proliferation of code names), this approach was already failing against the Vietnamese “people’s war,” but there was little inclination for a change of heart.

General William Westmoreland, the army chief of staff and former commander in Vietnam, expressed the vision most concisely in October, 1969: “On the battlefield of the future,” he declared in a lunch-time speech to the Association of the US Army, a powerful pressure group, “enemy forces will be located, tracked and targeted almost instantaneously through the use of data links, computer assisted intelligence evaluation, and automated fire control.

With first round kill probabilities approaching certainty, and with surveillance devices that can continually track the enemy, the need for large forces to fix the opposition will be less important.”

As it so happened, other components of the air force were fighting a very different kind of war. Marshall Harrison, a former high school teacher, spent 1969 piloting a slow-flying air force plane with excellent visibility called an OV-10 Bronco over South Vietnam as a forward air controller tasked with tracking and fixing the enemy for bombing by jet fighter-bombers.

Equipped with no surveillance device more sophisticated than his own eyes, he learned to look for signs that no sensor would ever catch: “fresh tracks along a trail, smoke coming from areas where there should be no smoke, too many farmers toiling in the paddy fields… small vegetable patches where they shouldn’t be.”

No computer would calculate, as he learned to do, that footprints on a muddy trail early in the morning if it had rained only during the night probably belonged to the enemy, since civilians were wary of moving at night and being killed if caught breaking curfew.

Needless to say, Harrison did not encounter senior officers at the barebones strips where he was usually based. The futuristic complex at Nakhon Phanom, on the other hand, could move privileged visitors to awe. “Just as it is almost impossible to be an agnostic in the Cathedral of Notre Dame,” reported Leonard Sullivan, a high-ranking Pentagon official who visited in 1968, “so it is difficult to keep from being swept up in the beauty and majesty of the Task Force Alpha temple.”

Sullivan’s boss, Dr. John S. Foster, was even more unbridled in his enthusiasm, telling a congressional committee in 1969 that “this system has been so effective… that there has been no case where the enemy has successfully come through the sensor field… It is a very, very successful system.”

Foster’s support was potent. His title, director of defense research and engineering, a post he occupied from 1965 to 1973, belied the immense power of his office, since the research projects he authorized and paid for could turn into multibillion-dollar production programs.

The suave, smooth-talking physicist-bureaucrat was an ardent proponent of high-technology weapons programs, the more esoteric the better, dispensing billions of dollars for weapons development without excessive concern for cost or practical results.

Among the aspects of the electronic fence that most excited Foster, an avid model plane hobbyist, was the plan to deploy unmanned planes — drones — not only to relay sensor signals back to Thailand but also ultimately to attack targets.

Remotely piloted aircraft had been a topic of military interest ever since World War I, when a prototype radio-controlled biplane designed to attack enemy trenches had been tested and discarded for lack of accuracy and reliability, not to mention frequent crashes.

Further radio-control experiments in the inter-war years led to the actual coining of the term drone by a pair of naval scientists in 1936, according to an official history, “after analyzing various names of insects and birds.”

In World War II the US Navy had brought about the death of the heir to the Kennedy fortune by enlisting him in Operation Aphrodite, a scheme to fly remote-controlled B-24 bombers packed with explosives into German submarine pens.

Human pilots were required to handle takeoff and to switch on the radio controls.

When Joseph Kennedy Jr. flipped the switch prior to bailing out, the plane promptly blew up. None of Aphrodite’s other eleven attempts were successful. By the 1960s drones had carved out a useful niche mission as semirealistic targets for aerial gunnery training.

Come the Vietnam War, they were adapted for reconnaissance, though without much success, being easy targets for enemy gunners.

Foster, however, cherished the notion that they could soon begin replacing manned attack planes in various roles, and so money poured into a variety of drone programs under development by corporations such as Boeing, Vought, and Teledyne Ryan. 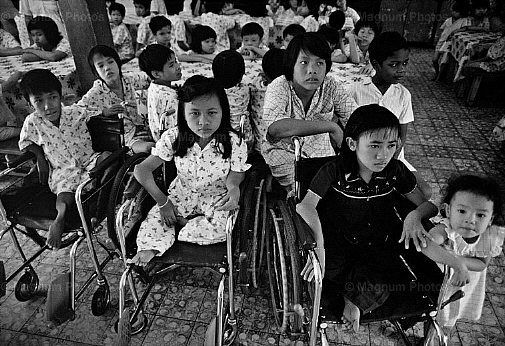 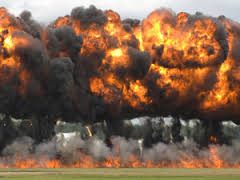 How CIA Funds Turned Up in Al Qaeda Coffers
Mar 14