Letter – The U.S. and Assassinations are a Story From the ’60s 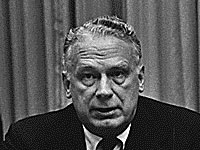 Re “Government Hit Squads, Minus the Hits” (Week in Review, July 19):

I was a special assistant to George W. Ball in 1964, when Cyprus was a dominant foreign policy concern and Archbishop Makarios was the magnetic leader of the Greek Cypriot people in secular as well as spiritual affairs. He was also a major thorn in the side of the United States, which wanted to keep using British bases on the Mediterranean island.

During a high-level meeting with intelligence officials from various agencies, someone from the C.I.A. suggested that it might be “convenient” if the archbishop were assassinated. Mr. Ball was a large man — 6-foot-4 and well over 200 pounds. He reared back out of his chair and bellowed, “The United States does not do assassinations!”

He told me later that he was deeply troubled that the United States had tacitly condoned the C.I.A. involvement in the overthrow and subsequent assassination of President Ngo Dinh Diem in South Vietnam a year earlier, and that he was adamant in resisting assassinations on his watch.