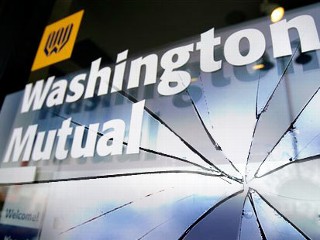 As Washington Mutual ramped up its “high-risk” mortgage efforts in the middle of the last decade, the lender faced a key bottleneck: its own risk management and quality-control operations. Those divisions, whose job was to make sure WaMu didn’t take on too much risk and accurately described the loan packages it sold to investors, were perceived as expensive drags on a key profit center.

Now, internal WaMu documents recently made public as part of a federal lawsuit give new details about the numerous ways in which WaMu executives systematically weakened those controls. They included slashing the internal quality-control staff; allowing loan officers to give mortgages to people with ever-lower credit scores without verifying their income or assets; and directing outside due-diligence consultants to give passing grades to subprime loans that the consultants had initially deemed defective.

If such loans, which generally were made to borrowers with poor or limited credit histories, could not be bundled into securities and sold to investors, WaMu itself would have had to retain them, and the risk they represented.

“I think it is important that we reduce the number of due-diligence rejects as much as possible since the current percentage is excessive,” wrote Michael Coyne, first vice president of WaMu’s capital markets group, to due-diligence consultant Clayton Holdings in an early 2006 email.

The trove of internal reports, memos, emails and depositions from former WaMu officials was filed earlier this month as part of a lawsuit by Franco-Belgian financial services firm Dexia against JPMorgan Chase. Chase acquired WaMu in September 2008 after regulators seized the giant thrift; six months earlier Chase had bought Bear Stearns, another big player in the mortgage bubble named in the suit.

Between February 2006 and August 2007 – arguably the height of the mortgage mania — a Dexia unit bought $1.6 billion worth of mortgage-backed securities issued by the three firms, including $385 million issued by WaMu and its subprime-lending subsidiary, Long Beach Mortgage. Those securities plummeted in value after the bubble’s collapse: An expert hired by Dexia pegged the unit’s total losses on the WaMu deals at $203.1 million. Dexia now claims that WaMu and the other defendants misrepresented the quality and characteristics of mortgages underpinning the securities, and the rigor with which they were examined before they were sold off.

Last week, the same judge who is presiding over the Dexia suit ordered another bank, Flagstar Bancorp, to pay bond insurer Assured Guaranty $90.1 million after finding that Flagstar had materially breached contracts setting the rules for what types of loans could be securitized.

WaMu’s progressive weakening of its lending standards and internal controls has been described before, notably in testimony three years ago by former WaMu executives before a Senate investigative subcommittee. But the newly released documents offer further glimpses into how the push for growth played out inside the thrift.

WaMu hoped to grow its “higher margin” mortgage business — subprime loans, pay-option adjustable-rate mortgages, home equity loans and so-called “Alt-A” loans — from 49 percent of home loans in 2005 to 82 percent by 2008, according to a presentation to WaMu’s board dated April 18, 2006.

Although WaMu’s turn toward riskier loans began earlier in the decade, many former WaMu employees have identified the 2005 hirings of Stephen Rotella as chief operating officer and David Schneider as head of the home loans unit, and the retirement later that year of chief risk officer James Vanasek, as key turning points for the company.

“Many of us could not believe how (Rotella, Schneider and others) tore the heart of out of a control environment that Jim and I had worked so hard to improve,” a former Vanasek deputy wrote to WaMu CEO Kerry Killinger in November 2007. David would also proudly and arrogantly walk into a room telling us all how he is going to teach us to be Mortgage Bankers. Destroying companies and peoples lives is an impressive record for these ‘Bankers.’”

The former deputy went on to describe how, in August 2005, he had told Killinger about “the continuous level of harassment the credit team and I suffered in trying to keep our discipline and controls in place” – harassment, he said, that “eventually forced those of us who truly cared to leave what was once a proud and great organization.”

Bill Longbrake, WaMu’s chief financial officer until 2002 who now teaches at the University of Maryland, recalled in an interview that “there was very active cost-cutting in the compliance area and risk management area” from 2003 until the bank’s 2008 failure.

Barry Ostrager, an attorney for Rotella, did not respond to a message seeking comment.

In February 2006, Rotella wrote to Schneider and two other executives about a mortgage loan consultant who wanted lending standards for his group lowered even further.

Among other things, according to Rotella’s email, the loan consultant wanted to be able to lend to people with credit scores below WaMu’s usual minimum without higher approval, and to include a borrower’s cash on hand — that is, not in a bank — as an asset. Rotella cited favorably the “volume tsunami” of loans the group produced, also noting that it “delivers great quality.”

“If any group has earned some flexibility, these guys have, yet they can’t seem to get the process and organization to act without getting ‘muscle’ (read me) involved, which I don’t mind,” Rotella wrote.

Despite the company’s emphasis on production (Cheryl Feltgen, chief risk officer for the home loans division, told her staff at the end of 2006 to “recognize that ‘we are all in sales’”), some WaMu employees were clearly worried about potential consequences of the company’s turn.

Coyne, of WaMu’s capital markets group, wrote a colleague in November 2005 that a review had found that “WaMu is purchasing loans which pose a significant amount of risk, risk which has not been sufficiently accounted for.” He added: “I believe that since WaMu has not been routinely completing pre-purchase due-diligence reviews, that WaMu has become a dumping ground for some of our sellers for loans which are deficient.”

Previous Article
Artist Charles Krafft Is a White Nationalist Who Believes the Holocaust Is a Deliberately Exaggerated Myth
Next Article
Fearful People Tend to Be Politically Conservative, Study Says 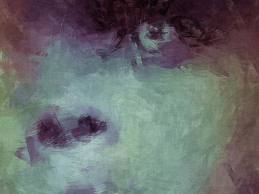