Larry Flynt Urges Clemency for the Neo-Nazi who Shot Him 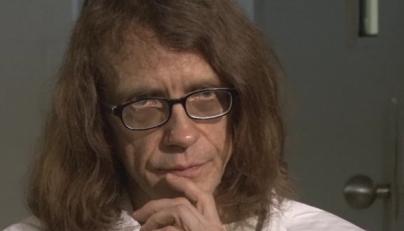 Pornographer and civil liberties advocate calls for neo-Nazi to be spared, saying death penalty is ‘not justice but vengeance’

By the brutal norms of American capital punishment, few recipients of a lethal injection will trouble consciences less deeply than Joseph Paul Franklin. In a spree of racially motivated violence across the US in the late 1970s, the Ku Klux Klan-affiliated gunman murdered as many as 20 people on a mission to “cleanse the world” of those he considered to be of inferior status.

But if Franklin is strapped down to receive the fatal shot of drugs on 20 November, in conformity with the Missouri Department of Corrections’ schedule, at least one of his surviving targets won’t be raising a glass in celebration.

“If it was a deterrent, I’d support the death penalty, but it’s not,” Larry Flynt, the notorious pornographer and civil liberties campaigner who was paralysed by a bullet from Franklin’s hunting rifle, told the Observer last week.

Flynt first expressed his views on the death penalty and the sentence of his attacker in the movie-industry trade journal Hollywood Reporter last week.

Referring to Britain in the 18th century, Flynt wrote: “Once a week, crowds would gather in a public square to observe public hangings of convicted pickpockets, unaware that their own pockets were being emptied by thieves moving among them … if you’re ever trying to convince somebody of why the death penalty is not a deterrent, that’s a good example.”

Flynt, whose life at the time of his shooting was depicted in the Milos Forman film The People vs Larry Flynt, is well known for crusading on controversial civil liberties positions. His causes have always been characterised by a fiercely anti-authoritarian streak.

In 1983, after he leaked FBI surveillance tapes showing agents threatening carmaker John DeLorean during a cocaine trafficking sting, Flynt wore the stars and stripes as a nappy and was jailed for six months for desecration of the flag. DeLorean was subsequently exonerated on all drugs charges.

During a spectacularly unsuccessful run for the California governorship in 2003, he referred to himself as “a smut peddler who cares”.

Flynt’s decision to speak up over Franklin’s execution comes nearly 35 years after the gunman’s actions put him in a wheelchair. Though never convicted for shooting Flynt, Franklin confessed to the 1978 assassination attempt outside a Florida courthouse years after his rampage was ended by arrest for other crimes in 1980. In his confession, Franklin explained he had shot Flynt because Hustler had published a spread featuring an interracial couple.

The partially sighted neo-Nazi gunman, who was linked to 20 murders, six aggravated assaults, 16 bank robberies and two bombings, was sentenced to death in 1997 for shooting a man outside a bar mitzvah celebration in a suburb of St Louis. Though described as a paranoid schizophrenic by his defence, Franklin – who took the names Joseph Paul after Hitler’s propaganda chief Joseph Goebbels – explained during a lengthy confession that he had wanted to start a race war by travelling the country shooting interracial couples.

Franklin’s confession to shooting Flynt did not come till 1994, leaving the publisher at a loss for many years to understand the attack.

“Hustler was pretty controversial at the time and I was being blamed by the religious right for every ill that society embodied,” Flynt recalls. “So it didn’t surprise me that somebody shot me. I didn’t anticipate it, but it didn’t surprise me. I was loved by half the country and hated by the other half – and that’s not necessarily a good position to be in.”

Flynt says his feelings about capital punishment began to crystallise after he was shot. “I have been private about the death penalty because I knew I’d feel like a voice in the wilderness. This nation is bent on executing people and it’s hard to get people who feel that way to be rational about anything. But you have to understand that most people are not after justice but after vengeance – and vengeance is wrong.”

It is not yet clear that Franklin will actually be executed next month. Missouri is among several states that have exhausted their supplies of the substances used in triple-drug-cocktail executions. Fresenius Kabi, the German manufacturer of the anaesthetic Propofol, used as a single-drug substitute, is demanding the return of supplies.

Last week, Missouri prison officials said they would return a shipment of Propofol nearly a year after the distributor issued an urgent request. However, the officials said they still had a supply of the drug, but did not clarify if there are sufficient quantities for two upcoming executions, including Franklin’s.

States running low on execution supplies say they are increasingly turning to independent pharmacists to compound the drugs, opening the way for legal challenges that amount to the head-spinning argument that the drugs used for execution may not be safe for human use.

For Flynt, the method is largely immaterial. “The electric chair, hangings, firing squads – there’s a lot of ways to go. Drugs just seem to be the most civilised way – if there is a civilised way.

“I just don’t think it makes sense for governments to be in the business of executing people. It costs less to house them than it does to execute them, and I think locking them up in a cell on their own for the rest of their life – that’s a far worse punishment than snuffing someone’s life out in a matter of seconds.”