KKK Once Active in North Dakota, with Grand Forks as its Hotbed 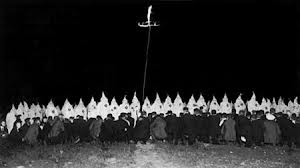 But the Red River High School hockey spectators might not have known just how prevalent the Ku Klux Klan once was in the Red River Valley – nor that Grand Forks, home of Red River High, was a hotbed for the group, which railed against Catholics, blacks, Jews, Asians and foreigners.

In popular memory, the KKK often is associated with the post-Civil War south, where the organization was founded by former Confederate soldiers. Less well-known is the Klan’s revival in the 1920s. The group thrived in the Midwest, where its message touting Protestant Christianity, moral rectitude and patriotism found a receptive audience.

The “Invisible Empire” attracted thousands of followers throughout North Dakota, once drawing a crowd of 8,000 in Fargo, as well as a parade of 800 robed marchers and horseback riders who pointedly filed past St. Mary’s Cathedral.

The Klan first surfaced in the Red River Valley in 1922, and enjoyed some political successes in the mid-1920s, notably in Grand Forks, but then quickly faded by the end of the decade.

The North Dakota Klan staged its signature nighttime cross burnings and appearances of members in ghostly white robes and masks in many communities throughout the state, efforts meant to draw supporters and intimidate its targets.

In Minnesota, Hawley is remembered as an active site of Klan activity, and a historian once estimated that ministers of half of the Norwegian Lutheran evangelical congregations in the region were members or tacit supporters, according to research by Clay County Historical & Cultural Society.

The Klan often sought sympathetic preachers to spread its message and to help win converts. It also took on many of the characteristics of a fraternal organization, popular social outlets in the early 1900s.

In the Rev. F. Halsey Ambrose, a Presbyterian minister in Grand Forks, the Klan found a devoted and persuasive evangelist. Ambrose was a fervent anti-Catholic, a position he preached from the pulpit.

His sermons were so entertaining, in an age before television, that they even attracted admirers from outside the congregation, according to accounts from Grand Forks Herald archives.

“Despite the rain and the muddy roads, the Knights held forth in all their glory,” a Herald reporter wrote of the event 22 miles west of town. “It is suspected that their white nighties were not heavy enough to shed the rain but a Konclave was held nevertheless.”

Ambrose succeeded in convincing his congregation and others that Grand Forks was in jeopardy of a Catholic takeover – a remote possibility, since Catholics comprised 20 percent of the population in the 1920s, according to a history of the Klan in North Dakota by Joann Flynn.

By 1923, the Klan had gained enough influence that both North Dakota and Minnesota passed laws prohibiting adults from publicly wearing masks or regalia that concealed their identity.

Ambrose made statewide news when he testified in Bismarck before the North Dakota Legislature against the anti-mask bill. He portrayed the Klan’s membership as “pillars of the community,” many of them business owners or professionals.

In the Klan’s charter for the “realm” of North Dakota, Ambrose was listed as the Exalted Cyclops.

Despite efforts to curb the Klan’s influence, the group continued to pick up support, especially in Grand Forks, according to the archives of the Grand Forks Herald and accounts by Flynn and historical researcher William Harwood.

By 1924, the Klan began to flex its political muscle by electing a known Klan member a city justice in Grand Forks. It also managed to defeat two Protestant women school board candidates that Ambrose painted as “Catholic pawns.”

Two years later, in 1926, the Klan wielded more clout when it captured four of five seats on the Grand Forks City Commission. The leaders swiftly purged City Hall of Catholics, firing five employees, including the police chief, city engineer and assessor – as well as a janitor, Herald archives indicate.

To curry public support and lend itself a patriotic shine, the Klan tried to associate itself with military veterans. The most notable example in North Dakota came on the Fourth of July in 1925, when the American Legion held a celebration in Hillsboro. The Klan decided to crash the party by holding a “Konklave” and parade nearby, attracting an estimated 1,000 Klan members, including a contingent of 500 robed marchers. A special train from Fargo-Moorhead brought in 700 or 800.

The American Legion, however, disavowed the Klan, according to Mark Peihl, the archivist for the Clay County Historical & Cultural Society, who wrote about the Klan’s activity in the area.

Fargo also was the scene of cross burnings and major Ku Klux Klan events. On Aug. 24, 1924, the Moorhead Daily News reported a cross burning in a western Fargo neighborhood.

“It is reported that there is quite a strong klan organization in Fargo and apparently the organization intends to purify the morals of Fargo and Cass county, especially in the country dance line,” the Daily News reporter wrote. On Nov. 26 of that year, the Fargo Forum reported two cross burnings, one on the campus of the now-defunct Fargo College, near Island Park, and another in the park near Oak Grove.

The most significant Ku Klux Klan events in Fargo, as reported by the Fargo Forum, occurred in the fall of 1925.

On Sept. 9, a parade of about 800 robed Klansmen, without hoods, marched through the streets. Besides the marching band and drum corps, robed children rode on a float and a little red school house appeared in the parade, a symbol of the Klan’s support for education. The parade was a prelude to a rally at the old fairgrounds, where Fargo North High now stands. Participants and spectators listened to fiery speeches and were treated to a fireworks show.

Also that September, another Klan rally drew a ball park crowd in Washburn of 4,000 or 5,000, one of the largest ever seen, according to the Washburn Leader newspaper.

“Three large crosses were burned during the speaking and numerous Klansmen were present in their regalia, most of them strangers to the people of Washburn,” the newspaper reported.

The following year, on Aug. 23, 1926, the Klan staged a daylong rally at the fairgrounds in Grand Forks that attracted an audience of 5,000 – an impressive turnout for a city with a population at the time of about 15,000, Flynn noted. The star attraction was Hiram W. Evans, the national Klan’s Imperial Wizard, who gave a speech against a backdrop of burning crosses that exhorted North Dakota Klan members to keep fighting to preserve Prohibition, according to Grand Forks Herald archives.

The Wizard’s appearance was billed as bringing a message of “Americanism by an American.”

Elsewhere in North Dakota, cross burnings and outdoor meetings often were held on Mill Hill in Jamestown, according to Flynn.

In Bismarck, a trench shaped like a cross was dug into the side of Falconers Hill, filled with hay and oil and set ablaze during Klan meetings.

Further west, large rallies often were held on the prairies between Gladstone and Dickinson, Flynn wrote.

The Rev. William Sherman, a retired Catholic priest and sociologist in Grand Forks, compiled information on about 50 cross burnings throughout North Dakota during the 1920s and made his research made available to Flynn.

Often, the targets of cross burnings were Catholic churches or the homes of Catholics. There were few Jews or blacks in the state at the time. In 1927, however, a cross burning in New Rockford was aimed at a black person, the only known instance Sherman documented. There also was a report of a cross burning on the lawn of a Jewish family in Fargo, Sherman said.

“The Catholics were the foreigners then,” Sherman said, noting they often were immigrants from Ireland or other countries.

Also, German Catholics, unlike Norwegian Protestants, were not supporters of Prohibition, a cause the Klan championed.

“A lot of the activity in the Fargo-Moorhead area was more about bootlegging and licentious behavior,” Peihl said of Klan activism. “They weren’t so interested in the Catholics.”

Norwegian immigrants might have embraced the Klan because it was a way to demonstrate support for patriotism and moral purity, messages the KKK emphasized to win support, Sherman said.

The Klan’s appearance on the stage in North Dakota and western Minnesota during the 1920s was brief, and seemed to peak around 1925 and 1926, historians agree.

Hypocrisy was a major ingredient of the group’s rapid loss of support. Support for the Klan deflated after a 1925 scandal involving the national leader in Indiana, who was convicted of kidnapping, beating and sexually assaulting a young woman, who attempted suicide. The woman died and the Grand Dragon went to prison, Peihl said.

Ambrose, ever true to the Klan, tried to revive the organization, but was unable to field a slate of candidates in 1928, and the North Dakota Klan essentially disintegrated around 1930, historians agree.

After leaving Grand Forks, Ambrose was a preacher in St. Paul and later Iowa, where he seems to have been defrocked in the late 1930s, according to correspondence in the archives at the University of North Dakota that Peihl has reviewed.

Another preacher who knew Ambrose disapproved of him, writing that the former Exalted Cyclops violated the church’s ideals, drinking to intoxication, “annoying women,” and taking money from the collection plate.

The flames of the burning crosses had by then died out. 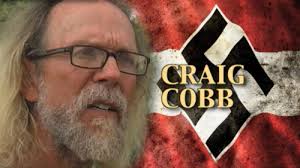 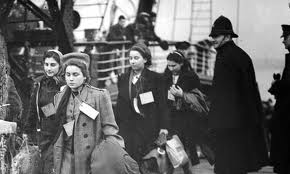