“… Frazier Glenn Miller Jr., 74, threw the jury a Nazi salute before it went to consider his sentence. …”

A jury in Kansas recommended Tuesday that a white supremacist be put to death for killing three people outside two Jewish centers in April 2014.

Frazier Glenn Miller Jr., 74, threw the jury a Nazi salute before it went to consider his sentence.

The jurors convicted him last week of capital murder in the fatal shootings of three people in the Kansas City suburb of Overland Park, and of attempted murder for shooting at three other people. None of those who died was Jewish, but Miller said he thought they were.

Johnson County District Attorney Steve Howe had urged the jury to recommend a death sentence during closing arguments in the trial’s penalty phase. He told jurors how Terri LaManno, 53, had “begged for her life” before Miller shot her.

“There’s no doubt she was terrified. She froze. … And his response was to brutally kill her,” Howe said. “The defendant’s actions are clearly the type of case the death penalty was made for.”

Miller acted as his own attorney during the trial but barely offered any defense. He said he was suffering from chronic emphysema and wanted to kill Jews before he died. He said Jews control the media, financial institutions and the movie industry, and he blamed Jewish women for backing a movement that led to the U.S. Supreme Court decision in 1973 to legalize abortion.

In a rambling, hourlong closing argument, he touched on the media, white supremacy and his health before telling the jury he did not care whether he was sentenced to death.

“I voluntarily sacrificed my freedom for my people,” he said. “Do you see fear in me? You see a proud white man.”

Miller, also known as Frazier Glenn Cross Jr., is a Vietnam War veteran who founded the Carolina Knights of the Ku Klux Klan in his native North Carolina and later the White Patriot Party. He also ran for the U.S. House in 2006 and the U.S. Senate in 2010 in Missouri, each time espousing a white-power platform.

A judge will now decide whether to follow the jury’s recommendation.

Previous Article
NY Times: Richard Nixon was a Drug Addict
Next Article
Fascist who Once Drank a Goat’s Blood Running for Senate in Florida 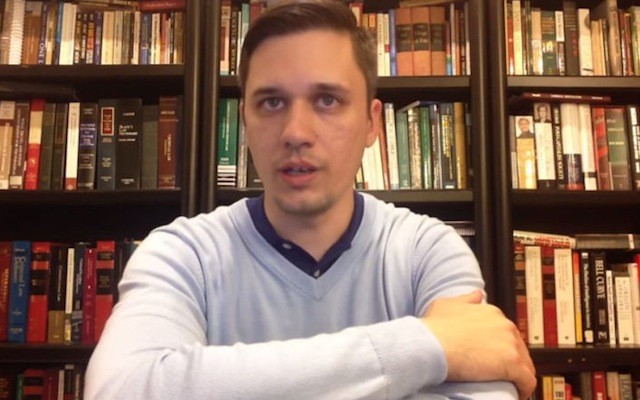