Just How Sick of Lies Are We? 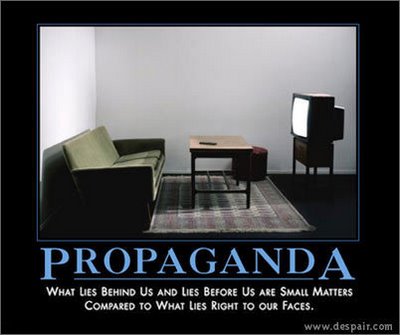 It would be funny if it weren’t so damn frustrating to watch corporate owned media cabal commentators who call themselves journalists compete to be the voices of up-from-nothing real Americans — moreso than those whose lives they so cavalierly harm each day with vile attacks and irresponsible reporting.

Aren’t you tired of these guys who own multi-million dollar homes telling us about the pain of the real guy – what the real woman out there is thinking – while refusing to interview anyone but each other?

Are you fed up yet with a Supreme Court that claims to base its decisions on precedent when they’re playing us like fiddles, sometimes voting as the Republican block they largely are, then turning on a dime and throwing us a fish so we won’t march on Congress to overturn, as almost happened with the Ledbetter case, the power of the supreme? And as they take away rights, they throw us one so we won’t get so angry we vote en mass against Republicans just to keep more of the same from ruining this country.

When do we finally decide against being entertained by inside the beltway pundits who call themselves “crack senior analysts” based on nothing but labels? When do we turn off the television and cease to purchase a biased newspaper?

When do we refuse to participate in vicious, eat-your-own-kind attacks that have become all too prevalent in blogs just to put down the honest disagreements? When do we go back to keeping Washington honest?

And what of reason? Where has it gone? Why have we become so hungry for vacuous consensus? How tired of that monstrous, habitual saboteur of democracy are you?

When do we take back the country from corporate owned media who would sell their grandmothers for another day at any front desk telling us how to think so long as it squares with the mindset of those who hired them? And Democrats are worried about corporate lobbyists? Sure, they should be. But what about the propaganda that comes through our television sets or passes for print news?

But these attack dogs are so powerful, or so they have us believe with their tight-knit, love fest inner circle crossing network lines, no presidential candidate or political party has dared to take them on and reveal them for what they truly are. And yet, that’s for whom “real Americans” would vote. That would be someone more like them – a person who wants to know the truth, as best we can know it, a person who is courageous rather than one tip-toeing through the political tulips for fear of stepping on parasitic weeds.

Just how sick and tired of all of this are we? Not nearly enough.