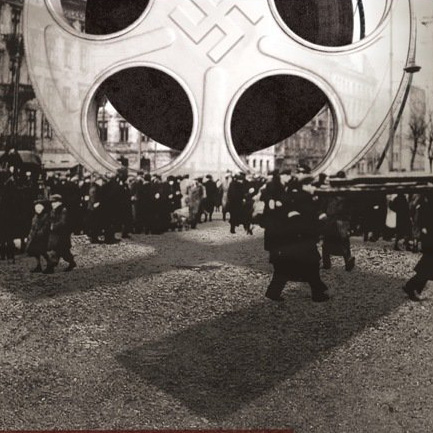 For decades, our impressions of the Holocaust have been formed by the images that survive and by the memories of those who were there. Now, as we near a time when the experience will no longer be within the memory of anyone alive, we rely even more on the documentation that is available. Although we recognize its limits, we recognize that it is a starting point.

“A Film Unfinished” combines some of the most well-known, intensely studied, and now-iconic images of the Warsaw Ghetto with some newly-discovered outtake footage that adds context and a great deal of new information about what we thought we knew and understood. Until now, what we have seen was the story the Nazis wanted to tell about the community where Jews were sent to live before they were sent to concentration camps. With the new footage, we are better able to understand what was really going on. The film opened yesterday in New York and it opens tomorrow in LA and on Sept. 24 in Washington, D.C.

remarkable as much for its speculative restraint as for its philosophical reach. Moving methodically reel by reel and acknowledging the “many layers of reality,” the director creates a palimpsest of impressions from multiple, meticulously researched sources representing both victims and oppressors.
I interviewed Israeli director Yael Hersonski about making the movie as she was preparing to introduce the film and lead a discussion at the Washington DC Jewish Community Center.

It is fascinating that you took footage made by the Nazis to tell a lie and combined it with outtakes to make it tell a story that is truer to the actual experience.

I don’t think I am showing the truth — it is too big of a notion. I just show what happens when we don’t decontexualize these images as if it is objective documentations of history. That is the way I was educated to see it, as though it was made by history itself. When I saw this footage, visually, I felt the cameraman standing behind the camera with his own idea of limited reality, his own choices. He was serving the purposes of his commanders. The cameraman claims he did not completely understand the purposes of what he was doing. He refers to “the rich ones” without acknowledging that it was staged.

Maybe the greatest discovery of the research of this film was finding the protocols [instructions] of the cameraman who took these images. You can hear him describe what he remembers he was shooting as you see the images. When I read the protocols for the first time, I was overwhelmed. I realized that everything I thought I understood was distorted by the way it was used. It’s a general visual background for so many different stories.

Something like 95% of the imagery of the Holocaust was shot by the perpetrators for their own purposes. The Nazis were the only ones who could document during the war. We have the documentation of the liberation of the camps by Americans and others but while the war was going on the only ones to take pictures were the Nazis themselves. When we say “to remember, not to forget” in Holocaust education, our memories are formed by these distorted portrayals of what was going on. So we have to understand that this footage was shot from a very specific point of view, to separate the point of view from the image, the cinematic manipulation from what suggests itself as reality.

How were the outtakes discovered?

The old footage was found in 1954. Then in 1998, two researchers, one American, Cooper C. Graham, and one English, Edwin Wood, were looking for footage from the 1936 Olympic games. They were looking in a film vault in an Air Force base in Ohio, of all places. They saw two film cans with “Das Ghetto” written on them. They knew the old footage of course so they immediately recognized what this was. They got in touch with the Library of Congress, which got in touch with the Holocaust Museum. This included nine minutes in color, which is very rare, very powerful. I realized that my reference for the Holocaust in color is Hollywood films, not reality. It looked like a Steven Spielberg movie, not the real thing. Our vision is so defined by the black and white images we all know that it does not seem right somehow to see it in color. That, too, should make us question the way our understanding is influenced and defined by the limited documentation we have available.

It is haunting to see in the footage recently discovered the cameramen themselves, emphasizing the artificiality of the situation. And then you add to that, giving us his comments.

Suddenly he has a face, he’s looking at us for a second. It’s not this far away black and white, almost symbolic image; he’s here. I wanted to prove to myself the specificity and artificiality of these images.

What was the Nazi passion for documentation? What were they hoping to achieve?

Germany was the most advanced nation in Europe for photography and cinematography. They were obsessed about it. The soldiers traveled to their front lines with their own private cameras. The documentation was massive. Ninety percent were destroyed during the last days of the war. We can only speculate on what they were trying to achieve. We do have one clue. The Nazi minister of propaganda, Joseph Goebbels, wrote in his diary four days before this filming began that he told Himmler, now when they start to move the Jews to the east, for “the final solution” process, it is urgent to make as many films as possible to educate the next generation. They wanted to establish the museum of the future in Prague. It would have been a memorial site for the Jewish race according to their own narrative. This would be “the last snapshot” of daily Jewish life, with the upper classes corrupted, indifferent, immoral, and the cause of poverty and diseases.

They took their own atrocities and shot it as if it was caused by the Jews. The most powerful propaganda is not entirely lies; they know how to combine what is true with what they want the story to be.

How did you find the survivors who were there during this filming?

Yad Vashem, the Holocaust memorial museum in Israel, has lists of survivors. Many have already died. We found four women who were still alive. This was the most urgent part of the film-making so it was the first thing we did. I invited each one of them alone to screen the footage to make it as intense as could be so maybe they would remember things even they did not know they knew. It was one of the most emotional and exhausting part of making the film. And of course it was hard for them. But these women felt it was urgent for them to interpret this silent footage as those who were there, who were hiding from the film crew, to have the last word, the final word over these images.

It’s the most truthful way to remember something that has meaning. We cannot understand numbers like six million. We can understand someone looking at