How the NSA Deploys Malware: An In-Depth Look at the New Revelations 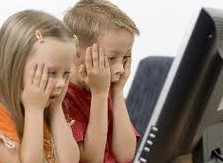 We’ve long suspected that the NSA, the world’s premiere spy agency, was pretty good at breaking into computers. But now, thanks to an article by security expert Bruce Schneier—who is working with the Guardian to go through the Snowden documents—we have a much more detailed view of how the NSA uses exploits in order to infect the computers of targeted users. The template for attacking people with malware used by the NSA is in widespread use by criminals and fraudsters, as well as foreign intelligence agencies, so it’s important to understand and defend against this threat to avoid being a victim to the plethora of attackers out there.

How Does Malware Work Exactly?

Deploying malware over the web generally involves two steps. First, as an attacker, you have to get your victim to visit a website under your control. Second, you have to get software—known as malware—installed on the victim’s computer in order to gain control of that machine. This formula isn’t universal, but is often how web-based malware attacks proceed.

In order to accomplish the first step of getting a user to visit a site under your control, an attacker might email the victim text that contains a link to the website in question, in a so-called phishing attack. The NSA reportedly uses phishing attacks sometimes, but we’ve learned that this step usually proceeds via a so-called “man-in-the-middle” attack.1 The NSA controls a set of servers codenamed “Quantum” that sit on the Internet backbone, and these servers are used to redirect targets away from their intended destinations to still other NSA-controlled servers that are responsible for the injection of malware. So, for example, if a targeted user visits “yahoo.com”, the target’s browser will display the ordinary Yahoo! landing page but will actually be communicating with a server controlled by the NSA. This malicious version of Yahoo!’s website will tell the victim’s browser to make a request in a background to another server controlled by the NSA which is used to deploy malware.

Once a victim visits a malicious website, how does the attacker actually infect the computer? Perhaps the most straightforward method is to trick the user into downloading and running software. A cleverly designed pop-up advertisement may convince a user to download and install the attacker’s malware, for example.

But this method does not always work, and relies on a user taking action to download and run software. Instead, attackers can exploit software vulnerabilities in the browser that the victim is using in order to gain access to her computer. When a victim’s browser loads a website, the software has to perform tasks like parsing text given to it by the server, and will often load browser plugins like Flash that run code given to it by the server, in addition to executing Javascript code given to it by the server. But browser software—which is becoming increasingly complex as the web gains more functionality—doesn’t work perfectly. Like all software, it has bugs, and sometimes those bugs are exploitable security vulnerabilities that allow an attacker to gain access to a victim’s computer just because a particular website was visited. Once browser vendors discover vulnerabilities, they are generally patched, but sometimes a user has out of date software that is still vulnerable to known attack. Other times, the vulnerabilities are known only to the attacker and not to the browser vendor; these are called zero-day vulnerabilities.

The NSA has a set of servers on the public Internet with the code name “FoxAcid” used to deploy malware. Once their Quantum servers redirect targets to a specially crafted # hosted on a FoxAcid server, software on that FoxAcid server selects from a toolkit of exploits in order to gain access to the user’s computer. Presumably this toolkit has both known public exploits that rely on a user’s software being out of date, as well as zero-day exploits which are generally saved for high value targets.2 The agency then reportedly uses this initial malware to install longer lasting malware.

Once an attacker has successfully infected a victim with malware, the attacker generally has full access to the user’s machines: she can record key strokes (which will reveal passwords and other sensitive information), turn on a web cam, or read any data on the victim’s computer.

What Can Users Do To Protect Themselves?

We hope that these revelations spur browser vendors to action, both to harden their systems against exploits, and to attempt to detect and block the malware #s used by the FoxAcid servers.

In the meantime, users concerned about their security should practice good security hygiene. Always keep your software up to date—especially browser plugins like Flash that require manual updates. Make sure you can distinguish between legitimate updates and pop-up ads that masquerade as software updates. Never click a suspicious looking link in an email.

For users who want to go an extra step towards being more secure—and we think everyone should be in this camp—consider making plugins like Flash and Java “click-to-play” so that they are not executed on any given web page until you affirmatively click them. For Chromium and Chrome, this option is available in Settings => Show Advanced Settings => Privacy => Content Settings => Plug-ins. For Firefox, this functionality is available by installing a browser Add-On like “Click to Play per-element”. Plugins can also be uninstalled or turned off completely. Users should also use ad blocking software to stop unnecessary web requests to third party advertisers and web trackers, and our HTTPS Everywhere add-on in order to encrypt connections to websites with HTTPS as much as possible.

Finally, for users who are willing to notice some more pain when browsing the web, consider using an add-on like NotScripts (Chrome) or NoScript (Firefox) to limit the execution of scripts. This means you will have to click to allow scripts to run, and since Javascript is very prevalent, you will have to click a lot. For Firefox users, RequestPolicy is another useful add-on that stops third-party resources from loading on a page by default. Once again, as third-party resources are popular, this will disrupt ordinary browsing a fair amount. Finally, for the ultra paranoid, HTTP Nowhere will disable all HTTP traffic completely, forcing your browsing experience to be entirely encrypted, and making it so that only websites that offer an HTTPS connection are available to browse.

The NSA’s system for deploying malware isn’t particularly novel, but getting some insight into how it works should help users and browser and software vendors better defend against these types of attacks, making us all safer against criminals, foreign intelligence agencies, and a host of attackers. That’s why we think it’s critical that the NSA come clean about its capabilities and where the common security holes are—our online security depends on it.

Previous Article
“Patriot Act Author: ‘There has been a Failure of Oversight.’” (WaPo)
Next Article
Cooking the Books: The Federal Bureau of Narcotics, the China Lobby and Cold War Propaganda, 1950-1962 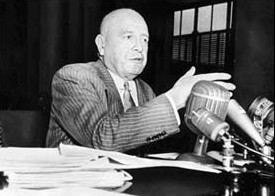 Cooking the Books: The Federal Bureau of Narcotics, the China Lobby and Cold War Propaganda, 1950-1962
Oct 12