Gonzales Was Told of FBI Violations - The Constantine Report
0 SHARES

Gonzales Was Told of FBI Violations

After Bureau Sent Reports, Attorney General Said He Knew of No Wrongdoing 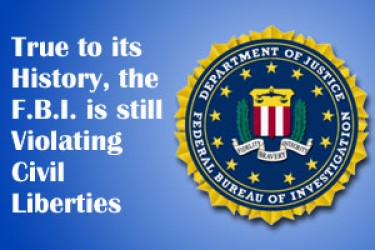 As he sought to renew the USA Patriot Act two years ago, Attorney General Alberto R. Gonzales assured lawmakers that the FBI had not abused its potent new terrorism-fighting powers. "There has not been one verified case of civil liberties abuse," Gonzales told senators on April 27, 2005.

Six days earlier, the FBI sent Gonzales a copy of a report that said its agents had obtained personal information that they were not entitled to have. It was one of at least half a dozen reports of legal or procedural violations that Gonzales received in the three months before he made his statement to the Senate intelligence committee, according to internal FBI documents released under the Freedom of Information Act.

The acts recounted in the FBI reports included unauthorized surveillance, an illegal property search and a case in which an Internet firm improperly turned over a compact disc with data that the FBI was not entitled to collect, the documents show. Gonzales was copied on each report that said administrative rules or laws protecting civil liberties and privacy had been violated.

The reports also alerted Gonzales in 2005 to problems with the FBI's use of an anti-terrorism tool known as a national security letter (NSL), well before the Justice Department's inspector general brought widespread abuse of the letters in 2004 and 2005 to light in a stinging report this past March.

Justice officials said they could not immediately determine whether Gonzales read any of the FBI reports in 2005 and 2006 because the officials who processed them were not available yesterday. But department spokesman Brian Roehrkasse said that when Gonzales testified, he was speaking "in the context" of reports by the department's inspector general before this year that found no misconduct or specific civil liberties abuses related to the Patriot Act.

"The statements from the attorney general are consistent with statements from other officials at the FBI and the department," Roehrkasse said. He added that many of the violations the FBI disclosed were not legal violations and instead involved procedural safeguards or even typographical errors.

Each of the violations cited in the reports copied to Gonzales was serious enough to require notification of the President's Intelligence Oversight Board, which helps police the government's surveillance activities. The format of each memo was similar, and none minced words.

"This enclosure sets forth details of investigative activity which the FBI has determined was conducted contrary to the attorney general's guidelines for FBI National Security Investigations and Foreign Intelligence Collection and/or laws, executive orders and presidential directives," said the April 21, 2005, letter to the Intelligence Oversight Board.

The oversight board, staffed with intelligence experts from inside and outside government, was established to report to the attorney general and president about civil liberties abuses or intelligence lapses. But Roehrkasse said the fact that a violation is reported to the board "does not mean that a USA Patriot violation exists or that an individual's civil liberties have been abused."

Two of the earliest reports sent to Gonzales, during his first month on the job, in February 2005, involved the FBI's surveillance and search powers. In one case, the bureau reported a violation involving an "unconsented physical search" in a counterintelligence case. The details were redacted in the released memo, but it cited violations of safeguards "that shall protect constitutional and other legal rights." The second violation involved electronic surveillance on phone lines that was reinitiated after the expiration deadline set by a court in a counterterrorism case.

The report sent to Gonzales on April 21, 2005, concerned a violation of the rules governing NSLs, which allow agents in counterterrorism and counterintelligence investigations to secretly gather Americans' phone, bank and Internet records without a court order or a grand jury subpoena. In the report -- also heavily redacted before being released -- the FBI said its agents had received a compact disc containing information they did not request. It was viewed before being sealed in an envelope.

Gonzales received another report of an NSL-related violation a few weeks later. "A national security letter . . . contained an incorrect phone number" that resulted in agents collecting phone information that "belonged to a different U.S. person" than the suspect under investigation, stated a letter copied to the attorney general on May 6, 2005.

At least two other reports of NSL-related violations were sent to Gonzales, according to the new documents. In letters copied to him on Dec. 11, 2006, and Feb. 26, 2007, the FBI reported to the oversight board that agents had requested and obtained phone data on the wrong people.

Nonetheless, Gonzales reacted with surprise when the Justice Department inspector general reported this March that there were pervasive problems with the FBI's handling of NSLs and another investigative tool known as an exigent circumstances letter.

"I was upset when I learned this, as was Director Mueller. To say that I am concerned about what has been revealed in this report would be an enormous understatement," Gonzales said in a speech March 9, referring to FBI Director Robert S. Mueller. The attorney general added that he believed back in 2005, before the Patriot Act was renewed, that there were no problems with NSLs. "I've come to learn that I was wrong," he said, making no mention of the FBI reports sent to him.

Marcia Hofmann, a lawyer for the nonpartisan Electronic Frontier Foundation, said, "I think these documents raise some very serious questions about how much the attorney general knew about the FBI's misuse of surveillance powers and when he knew it." A lawsuit by Hofmann's group seeking internal FBI documents about NSLs prompted the release of the reports.

Caroline Fredrickson, a lobbyist for the American Civil Liberties Union, said the new documents raise questions about whether Gonzales misled Congress at a moment when lawmakers were poised to renew the Patriot Act and keenly sought assurances that there were no abuses. "It was extremely important," she said of Gonzales's 2005 testimony. "The attorney general said there are no problems with the Patriot Act, and there was no counterevidence at the time."

Some of the reports describe rules violations that the FBI decided not to report to the intelligence board. In February 2006, for example, FBI officials wrote that agents sent a person's phone records, which they had obtained from a provider under a national security letter, to an outside party. The mistake was blamed on "an error in the mail handling." When the third party sent the material back, the bureau decided not to report the mistake as a violation.

The memos also detail instances in which the FBI wrote out new NSLs to cover evidence that had been mistakenly collected. In a June 30, 2006, e-mail, for instance, an FBI supervisor asked an agent who had "overcollected" evidence under a national security letter to forward his original request to lawyers. "We would like to check the specific language to see if there is anything in the body that would cover the extra material they gave," the supervisor wrote.

Sometimes the FBI reached seemingly contradictory conclusions about the gravity of its errors. On May 6, 2005, the bureau decided that it needed to report a violation when agents made an "inadvertent" request for data for the wrong phone number. But on June 1, 2006, in a similar wrong-number case, the bureau concluded that a violation did not need to be reported because the agent acted "in good faith."