The historical significance and therefore symbolic power of our royalty should not be underestimated. 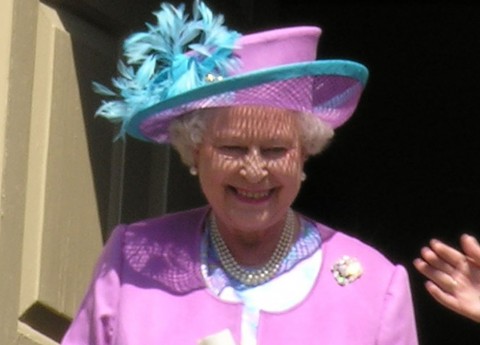 The British Monarchy may not be quite a fascist regime. But an apologist for tyrants? Perhaps.

Next week the UK marks the Diamond Jubilee; 60 years of Queen Elizabeth II’s reign. The run up to this event has been marred by criticism from the human rights community who have accused the royals of courting and consorting with tyrants.

These allegations cannot easily be refuted. On 18 May the Queen held a luncheon at Windsor Palace, the guest list for which read like a who’s who of crowned despots and autocrats. The most prominent name on this list was Hamad Al-Khalifa, the Bahraini monarch who gained international notoriety last year for his brutal and bloody crackdown on pro-democracy protesters.

Other less than savoury lunch attenders included King Mswati III of Swaziland, whose lavish lifestyle makes a mockery of the abject poverty of his people, and an array of royal dignitaries from gulf states frequently criticised for their oppression and brutality. Preparations for the Queen’s jubilee day luncheon on 6 June have been similarly blighted. Human rights activists have paid particular attention to the invitation of Sri Lankan president Mahinda Rajapaksa, whose regime has come under increased scrutiny over alleged war crimes and disappearances.

Human Rights activist Peter Tatchell has claimed that “inviting bloodstained despots brings shame to our monarchy and tarnishes the Diamond Jubilee celebrations.” I beg to differ, the presence of these despots is perfectly expected. Queen Elizabeth II and her family have been entertaining tyrants, from Idi Amin to Bashar al-Assad, for years but have largely remained immune from public criticism. The question is why?

I believe that the core issue is that we view our royal family as apolitical. Though we are nominally subjects, we see our monarch as impotent when it comes to the political arena. The British royal family are perceived either in fairytale terms or, alternatively, as some strange 19th-century themed reality TV show; either way the characters involved have no substantial impact on our lives. For those of us not interested, it is easy to switch over and ignore the pageantry and corgis. Even those of us who see the family as a living relic are usually happy enough to pay for them to be polished and placed in the nation’s front window to sell as “history” to heavy-walleted tourists.

The problem is that beyond Europe, royalty often means more than fairytale princesses and evil stepmothers. Many of the monarchs with whom our royalty mingle continue to wield absolute, oppressive power over their people. Moreover, we often fail to remember that the Queen is not only a monarch but also a head of state. She is therefore officially an equal to (and required to entertain) not only other monarchs but also all variety of other sovereigns from Presidents to Supreme Leaders.

The British monarchy may be symbolic but, as anybody with a basic knowledge of marketing (or fascism) will tell you, the use of symbols is key to the harnessing of power.

The British monarchy may be symbolic but, as anybody with a basic knowledge of marketing (or fascism) will tell you, the use of symbols is key to the harnessing of power. The historical significance and therefore symbolic power of our royalty should not be underestimated. The very same symbolic power that draws eager union-jack clad tourists to our island also enables despots to use the Queen’s handshakes and the Duke’s bows as propaganda to legitimise their regimes. The Queen cannot therefore be considered apolitical and it is irresponsible for us to continue to consider her as such. Her choice of actions and friends reflects directly on the UK as a country and we must stop fooling ourselves otherwise. It is high time we took her high teas seriously. She must be judged like any political figure, by the company she keeps.