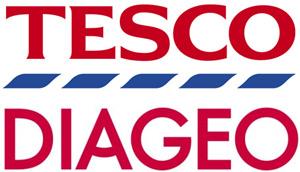 Although Glenn Beck's show has been deserted by 62 of America's corporate titans, the likes of Tesco, Diageo and Kellogg's UK continue to advertise during the programme when it is screened on the Sky TV platform in Britain.

He is the baby-faced television assassin who makes even his colleagues at the notoriously right-wing Fox News Channel look like simpering liberals. But while Glenn Beck's show has been deserted by 62 of America's corporate titans, the likes of Tesco, Diageo and Kellogg's UK continue to advertise during the programme when it is screened on the Sky TV platform in Britain.

Beck has sparked controversy in the US by accusing Barack Obama of racism and claiming that the President has "a deep-seated hatred for white people". His incendiary comments have been blamed for adding an ugly undertone to US political debate and prompted the pressure group Color of Change to call for an advertising boycott of his show.

So far, the call has been heeded by blue-chip companies including Wal-Mart, which owns Asda in the UK, the telecoms giant AT&T, Campbell's soups, Bank of America and Capital One. More are expected to follow suit this week.

Last night, James Rucker, the executive director of Color of Change, urged British companies to follow the lead of their American counterparts.

He said: "What we would hope to see in the UK as we see here is companies exercising some sense of corporate responsibility. We are all for freedom of speech and ideas but what Beck is doing is using advertisers' dollars to present distortions that are often racially divisive as fact on what is a mainstream news channel."

In response, Tesco, which has also faced controversy in the US over labour practices at its Fresh&Easy chain, said: "We are clear that the placing of our advertising is not a statement of support or otherwise for the programming content on the channel. In common with many other businesses, Tesco buys advertising space, often as a package, across a range of channels and time slots."

Kellogg's UK said it would review its advertising on Glenn Beck. Diageo, which uses the show to advertise Guinness, did not return calls.