The frequent Fox News commentator accused of lying about a lengthy CIA career to dupe the U.S. government into giving him jobs admitted as part of a plea deal Friday that there were “no records or any other evidence” to support his claim of having worked for the agency, though he still maintains that he did. Wayne Simmons, 62, pleaded guilty to major fraud against the United States, wire fraud and being a felon in possession of a firearm. He acknowledged that he made more than $78,000 from actual government contracting work he got in part because of his claim that he had worked for the CIA.

Importantly, though, Simmons’s written agreement with prosecutors does not include language in which he says outright that he lied about a clandestine past. He conceded only that the government “would prove at trial” that he never worked for the CIA.In court, Simmons admitted he had lied on federal forms when he claimed he had not previously been convicted of a felony, had never filed for bankruptcy and had held a top-secret security clearance. He said he did so to help get a government job overseas.“I believed then and I believe now that my skill sets could be used in Afghanistan to fight the global war on terror,” he said.William B. Cummings, Simmons’s attorney, said afterward, “In no way has Mr. Simmons disavowed his relationship with the CIA” and suggested that the agency might now be abandoning him.“That’s what they do if they don’t want to acknowledge the program,” Cummings said.

[He claimed to be ex-CIA and was quoted as an expert on Fox News. Prosecutors say it was a lie.]

Prosecutors maintain that Simmons was a fraud, albeit a convincing one. By their account, he was a man beset by financial problems who used or tried to use his purported CIA affiliation to advance professionally and to wiggle out of personal jams.

U.S. Attorney Dana J. Boente said after the hearing that whether Simmons admitted outright that he never worked for the CIA or conceded that prosecutors could prove as much at trial was “a distinction with absolutely no difference.” He said that prosecutors agreed to a plea to save the time and effort of a trial and to gain a certain result, and that they were satisfied.

Court records show Simmons faced tax liens totaling hundreds of thousands of dollars over the years. And according to a recent filing from prosecutors, he “used his false claims of CIA affiliation to induce the IRS to abate approximately half a million dollars” in 2008.

In 2007, when he attacked a cabdriver in Annapolis, Simmons told the responding officers that he worked for the CIA and that the driver had a bomb, according to a police report. And in 2012, after his wife died of breast cancer, he tried to have her remains inurned at Arlington National Cemetery, citing his CIA work and his supposed transfer to the agency from the Navy, prosecutors alleged.

The plea agreement averts what surely would have been an interesting trial. Court records show prosecutors and defense attorneys were prepared to question various CIA employees and potentially even retired Army Gen. Stanley McChrystal as they sought to explore Simmons’s claims.

In a recent court filing, Cummings said he might bring up several purported undercover investigations in which Simmons played a part. The filing — which was made under seal but has since been made public — lists real people as well as missions that seem as if they could have been drawn from books or movies. In one, dubbed “Operation Alloy,” Simmons was purportedly tapped to befriend a person who had access to “a very special alloy or object, most likely a Picosatellite,” then “capture and return the object” to the Defense Information Systems Agency, according to the filing.

[The missions Wayne Simmons claimed he performed for the CIA]

In another, dubbed “Operation Iranian Trust,” Simmons was to pose as a narcotics and weapons smuggler to infiltrate an Iranian crime organization and “gather political intelligence about the extortion racket being perpetrated upon various United States members of Congress,” according to the filing.

Boente said prosecutors had “no information that any of it is true.”

Simmons had previously pleaded not guilty and even recently asserted to the New York Times Magazine that proof exists to back up his claims. The resolution leaves him room to assert that he was not lying but merely cognizant that the government would prove his guilt at trial. U.S. District Judge T.S. Ellis III warned Simmons that could hurt him at sentencing, as he might not be given credit for accepting responsibility.

Simmons and his attorney said after the hearing that he accepted the plea because he had made false statements to get government work — even if being affiliated with the CIA was not one of them — and that prosecutors had to prove only one of them was false. “It doesn’t matter why I made it or if someone told me to make it,” Simmons said.

Simmons also conceded in his plea that he persuaded a woman with whom he had been romantically involved to make a $125,000 real estate investment with him, then used the money for personal expenses. It was investigators’ exploration of that allegation that led to the discovery of Simmons’s allegedly fictitious claims about his CIA affiliation, Boente said.

Simmons was hardly a household name, but he appeared on Fox News and in other public settings enough that his claims of a 27-year career with the CIA reverberated across the Internet. Prosecutors believe Simmons got set up with the news network after a chance encounter with a public relations person on a train in the early 2000s.

Court records from various cases show that Simmons worked a medley of jobs over the years. He dabbled in professional football, even playing briefly in the late 1970s for the New Orleans Saints. He ran a limousine service, served as the district manager for a hot-tub shop and worked as a maitre d’ at a D.C. club. He was involved with an anti-graffiti company and started a now-defunct business known as Simmons Air, which advertised flights from Baltimore to Ocean City. He also served as the representative of a mortgage corporation.

Simmons said in court that he had worked as a consultant but had not had a paying job in the past three years. He was not paid by Fox News, which considers him a “guest.” He said he graduated from High Point High School in Beltsville, Md., and had some education from Jacksonville State University and Prince George’s Community College. 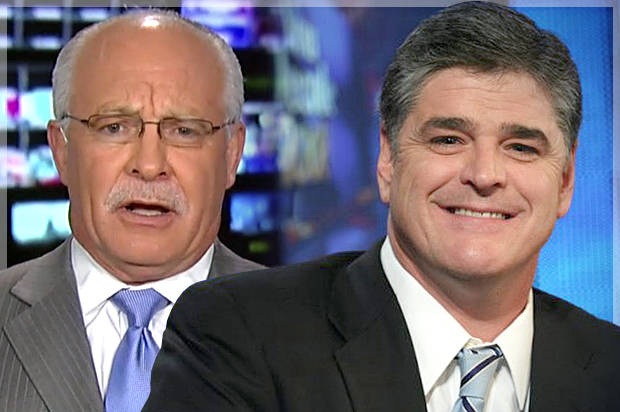 In 2008, BAE Systems, a government contractor, hired Simmons for a position that would have had him manage a group in Afghanistan responsible for keeping military leadership apprised of the local political and cultural landscape. But Simmons never made it beyond training at Fort Leavenworth. Gordon P. Obermueller, a retired Marine who ran Simmons’s class there, said he recommended that Simmons not be deployed.

Obermueller, who had been subpoenaed to testify at the trial, said that he had “no reason to doubt” Simmons’s claim about being in the CIA, adding that he got along with Simmons. But Simmons, Obermueller said, “just didn’t have those skills to teach, coach and mentor.”

“I struggled with it, because Wayne had the positive attitude and had the conviction to do it,” Obermueller said.

According to his plea, Simmons tried to get work with Triple Canopy, another defense contractor, in 2009, but the State Department found he was “unsuitable.” In 2010, he was hired by another contractor, Drop Test International, for a position on the International Security Assistance Force’s Counterinsurgency Advisory and Assistance Team in Afghanistan. Prosecutors have said he was deployed to Afghanistan for some weeks as an adviser to military officials, though his interim security clearance was soon revoked and he was sent home.

Prosecutors alleged that Simmons, in applying for these jobs and requisite security clearances, falsely claimed that he was a longtime CIA veteran.

As part of his plea, Simmons acknowledged that “the government would prove at trial that these statements were false.” He also admitted that he was not legally allowed to possess two shotguns that federal investigators found when they arrested him last year.

Court records show that Simmons seems to have been claiming some kind of furtive affiliation with the government for decades.

Charged in a federal weapons case in the early 1980s, Simmons claimed to a jury that he had been enlisted by a friend, Tom Tindall, to acquire weapons for the “United States Customs Bureau,” then move them to southern Florida to “try to infiltrate the anti-American forces” and “find out who was shipping the weapons illegally to South America.” Simmons’s lawyer also mentioned Tindall in the recent court filing, saying he was a part of “Operation New England,” which tasked Simmons with infiltrating and gathering intelligence on a mob family.

Gerry Powers, a retired Prince George’s County assistant sheriff who has known Simmons for decades, said in an interview after Simmons was charged — but before his plea — that he believed Simmons was telling the truth about his time with the CIA. He said he suspected years ago that Simmons was involved in clandestine work because of his disparate employment history and the way he carried himself, and said to Simmons at the time, “I know who you are and what you are and what’s going on, but I won’t say anything.”

“I’m sure he has made some really bad enemies that would like to shut him up, discredit him for their own well-being,” Powers said of the charges against his friend.“There’s a lot going on under the surface.”

Simmons is scheduled to be sentenced July 15. The charges against him technically carry a maximum penalty of 40 years in prison, though he is likely to face a term far short of that. Until then he remains out on what essentially amounts to house arrest.