Flight 3407 Crash Two Passengers Worked for Invacare Corp. – with Facilities 1.8 MILES from the Boy in Elyria Diagnosed with Swine Flu

There has been a great deal of stammering speculation in the media to explain why the Mexican and American strains of Swine Flu behave differently. This is not your average Swine Flu virus. Something very peculiar is going on. USA Today via Slate.com: "Cases are appearing that have no link to Mexico." More grotesque "coincidences":

The boy had recently travelled to Mexico, true - but then "attended class at Ely Elementary for four days last week," WKYC reports. "Last week." "The boy and his family returned from Mexico last Monday."

The sick boy returned to school after flying in from Mexico - and no other passengers on the plane, or children attending class with him, or teachers, not his parents kissing him goodnight or friends walking home from school with him, not siblings or bus drivers or comic book store clerks in Elyria have contracted this potentially-lethal, highly-contagious flu that threatens to become a global killer pandemic? Lorain County Chronicle, April 28: "The young boy’s family is being tested for the disease, but all are reportedly in good health, including two siblings ages 5 and 7." Something's wrong.

Turn down the media, begin again.

Let's investigate this case of domestic Swine Flu in light of what we've learned so far about Pharma connections to Flight 3407. That may explain this mystery.

As it happens, two passengers of doomed Flight 3407 worked for Invacare Corp., Dawn Mossop, an executive secretary/administrative assistant, and Mary Julia Abraham (photo left), a product manager for the company headquartered in Elyria, Ohio (her specialty: respiratory devices of the sort that happen to effective in relieving flu symptoms) where the Swine Flu has stricken a nine year-old boy.

The school he attended is Ely Elementary, at 312 Gulf Road.

Invacare has a plant at 1200 Taylor Street - only 1.8 miles away from Ely Elementary School.

CLICK THE "-" SYMBOL TO ZOOM OUT, AND THE TWO ADDRESSES "SPOON" TOGETHER, THEY ARE THAT CLOSE.

And someone from Invacare - say, just for the sake of argument, oh, a bio-terrorist - arrives at the nearest elementary school to spray a mist of Swine Flu virus (mixed with avian and human flu strains) with a shorter incubation period (more human flu strain in the mix) on a pre-selected child's desk before school began on Tuesday morning, or in his locker ... (And why not? It's not as though some blogger out there is going to figure it out.)

The proximity of Ely Elementary and Invacare is a "coincidence" practically beyond belief. IMhO, it isn't a coincidence at all.

"NO INFECTED PIGS IN MEXICO."

Invacare's Mary Julia Abraham and Dawn Mossop, as mentioned, was among the dead in Clarence on Feb. 12:

... In the realm of health care, there are two Ohio firms with Bush fund-raisers as executives - HCR Manor Care Inc., a Toledo company that provides nursing home care, and Invacare, an Elyria health products manufacturer.

According to federal lobbying records, Invacare has spent more than $1.5 million since 1999 lobbying Washington officials on health-care issues. The company's CEO, Malachi Mixon, who was a Bush Ranger, and his employees and associates have contributed at least $1 million to political campaigns since 1989.

Mr. Mixon declined a request for an interview with The Blade, but it's clear from the company's statements that Invacare relies heavily on the support of the federal government.

In its Aug. 8, 2005, financial statement, Invacare wrote: "The Company is directly affected by government regulation and reimbursement policies in virtually every county in which it operates." ...

Invacare and its subsidiaries have received at least $3.1 million in contracts from the federal government since President Bush took office in 2001. Invacare largely provided hospital products for the U.S. Department of Veterans Affairs. 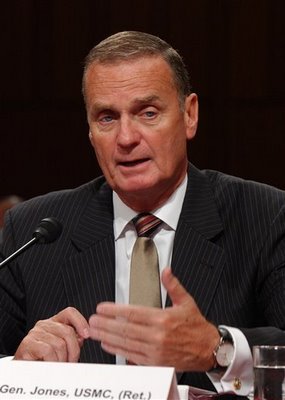 Marine Corps Gen. James Jones was on the Invacare Board until Obama Appointed him to the Position of National Security Advisor

Retired Marine Corps Gen. James Jones, a leading contender to become President-elect Barack Obama’s national security adviser, serves on the boards of directors of Boeing and Chevron and advises a number of other businesses that work closely with the military and intelligence community.

Jones, a former head of NATO and U.S. forces in Europe, retired in early 2007 after 40 years of military service. Since then, Jones has joined the boards of directors of Boeing and Chevron, as well as Invacare Corp., which produces medical equipment. ... The retired general earned $50,405 in 2007 from serving on Invacare’s board. ...
http://www.onemarinesview.com/one_marines_view/2008/11/ties-to-chevron-boeing-raise-concerns-on-possible-nsa-pick.html 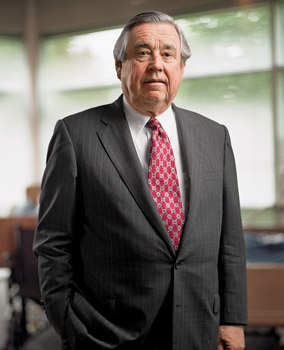 Forbes profile: " ... Mr. Mixon serves as Chairman of the Board of Trustees of The Cleveland Clinic Foundation, Cleveland, Ohio, one of the world's leading academic medical centers ... "
http://people.forbes.com/profile/a-malachi-mixon/45160

POSTSCRIPT - SWINE FLU IN ISRAEL: Invacare's outlet in Israel at IL-75704 Rishon-Le-Zion is even closer - 23.1 miles from the first reported case, in Tzoran. The second case in Israel was in Kfar Saba, 19.2 miles away from Rishon-Le-Zion - in the same direction as Tzoran. (The first case in Kfar Saba was less than ten miles away from the second in Tzoran - a statistical anomaly in itself since there is no relationship between the two men.)
*******
RAND, Rockefeller, Dole, Daschle & Flu Drills: Political Intimations of an Orchestrated Influenza Epidemic Before Swine Flu Struck

There were signs early in Obama's tenure as buck stopper, centering around flagrant conflicts of interest at the Department of Health & Human Services, that a manufactured flu epidemic was in the blender:

Daschle was a key health advisor to Barack Obama during the campaign, and his first choice for Secretary of Health and Human Services. Among Daschle's bona fidés (from his resumé):

Obama's reported selection of former Sen. Tom Daschle (D-S.D.) to head Health and Human Services appears to flatly contradict his ethics policy, which says, "No political appointees in the Obama-Biden administration will be permitted to work on regulations or contracts directly and substantially related to their prior employer for two years."

Daschle is a special public policy advisor in Alston & Bird’s Washington, D.C., according to the firm's Web site, which singles out health care as an area of "particular emphasis." Elsewhere, the firm advertises that its health care legislative & public policy team "has the significant advantage of including two former U.S. Senate Majority Leaders – Senators Bob Dole and Tom Daschle." ...
http://www.becoming44.org/content/daschle-appointment-appears-contradict-obama-ethics-policy

"Tom Daschle is Obama’s choice to head the department of Health and Human Services: “…board member of the Mayo Clinic and a highly paid adviser to health care clients at the law and lobbying firm Alston & Bird.”
http://willyloman.wordpress.com/2008/11/20/daschle-the-advisor-to-heathcare-lobbyists-to-head-hhs/

" ... Tom Daschle, once considered assured of breezing through his confirmation as secretary of Health and Human Services, soon will face tough questioning on Capitol Hill about underpaying his income taxes and his extensive work for clients in the healthcare industry. ... "
http://articles.latimes.com/2009/feb/01/nation/na-daschle1
••••••• 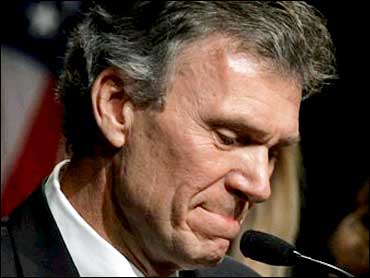 “Tom Daschle is a wise choice to guide the President-elect on shaping healthcare reform. Sen. Daschle has what it takes to do the job: Smarts, toughness and a strong understanding of the healthcare challenges that face our nation in these tough economic times. ...

Wikipedia: "On February 28, 2009, it was reported that Sebelius had accepted Obama's nomination for the position of Secretary of Health and Human Services. On March 2, 2009, Obama officially announced Governor Sebelius as his nominee. At Obama's announcement, Sebelius was accompanied by two Kansas Republicans, former U.S. Senator Bob Dole and current U.S. Senator Pat Roberts. ... Sebelius was confirmed as the Secretary of Health and Human Services by the Senate on April 28, 2009 with a vote of 65-31.

Bob Dole on Pharma's dole: "Bob Dole had been paid $500,000 in 2000 and 2001 by Johnson & Johnson, the pharmaceutical company, to lobby to keep laws on the books that protect the drug company patents. It cited lobbying registration reports that said he was registered to lobby on 'Medicare, Medicare reform, patent extensions, and medical equipment technology appropriations.'"
http://209.85.173.132/search?q=cache:ayWgemFSeHQJ:pages.stern.nyu.edu/~jronen/articles/NorthCarolina.doc+bob+dole+and+pharmaceutical&cd=26&hl=en&ct=clnk&gl=us

"Senator Dole, along with former Majority Leaders and BPC Founders
Senators Howard Baker, Tom Daschle, and George Mitchell, has spent the past year working on the BPC's 'Leaders' Project on the State of American Health Care'" The bipartisan Leaders' Project is expected to release its report
with recommendations for health care reform in May of 2009. ... "

This is Obama's appointment to oversee the Center for Disease Control, the Food and Drug Administration, and the National Institute of Health, a major position ...

The assistant secretary for health is responsible for the major health agencies, including the CDC, FDA and NIH, and is the leading health advisor to the Secretary of HHS. Dr. Koh has served as the Principal Investigator of multiple research grants related to ... emergency preparedness. He is also Director of the HSPH Center for Public Health Preparedness.

He is an elected member of ... the CDC's Coordinating Office for Terrorism Preparedness and Emergency Response. ...

Jan 27, 2009 (CIDRAP News) – Richard E. Besser, MD, who formerly directed terrorism preparedness and emergency response at the Centers for Disease Control and Prevention (CDC), was named last week as the agency's acting director. ... Besser took the helm of the agency Jan 22, according to a brief notice on the CDC Web site. He had been director of the CDC Coordinatng Office for Terrorism Preparedness and Emergency Response since August 29, 2005, according to Glen Nowak, CDC media relations director. ...

Besser, 49, started his CDC career in the Epidemic Intelligence Service (EIS) in 1991, working on foodborne diseases. ... He later returned to the CDC and served as epidemiology section chief in the Respiratory Diseases Branch, acting chief of the Meningitis and Special Pathogens Branch in the National Center for Infectious Diseases, and as medical director of a CDC campaign to promote appropriate antibiotic use in the community.

He received a bachelor's degree in economics at Williams College in Williamstown, Mass., and earned his medical degree from the University of Pennsylvania. He completed a residency and chief residency in pediatrics at Johns Hopkins University Hospital in Baltimore, the CDC said.

WASHINGTON (Reuters) - Warning an outbreak may be inevitable, the White House on Saturday conducted a test of its readiness for a feared bird flu pandemic and said federal agencies fared "quite well" without offering any details.

Cabinet secretaries, military leaders and other top officials took part in the four-hour tabletop drill, which officials said was designed to assess the level of federal preparedness for a possible outbreak of bird flu or another deadly virus. ...

HHS has projected that in a pandemic 92 million Americans will become sick and that as many as 2 million will die. Schools will close, businesses will be disrupted and essential services may break down.

"We currently have no evidence that a pandemic flu in this country is imminent. That said, we are fairly warned, and the time to prepare for that pandemic is now," Townsend said.

The preparedness drill was conducted in offices next to the White House.

In late 2005 and early 2006, NTI developed a close working relationship with the Rockefeller Foundation (RF), whose Southeast Asia Regional Office has supported an important collaboration among the Ministries of Health in six countries in the Mekong Basin area (Thailand, Vietnam, Cambodia, Laos, Myanmar, and China-Yunnan province) to strengthen national and sub-regional disease surveillance capacity. The Mekong Basin Disease Surveillance (MBDS) members have identified challenges to developing a surveillance system that operates across borders, responds quickly to regional disease threats, and works to create equity in the national capacities to detect and respond or, better yet, prevent local outbreaks from developing into regional or even global emergencies.

NTI will utilize the infrastructure created by Rockefeller to engage the MBDS stakeholders in tabletop exercises to openly examine the challenges of a regional approach to the surveillance, early detection, and response to a major biological event such as that posed by avian or pandemic influenza.

NTI has previously worked with the RAND Corporation in similar exercises at the local and state level in Georgia. RAND is helping plan, develop and conduct simulation exercises for MBDS countries at the national and regional level. These exercises will help the individual countries, Rockefeller, and others in the planning and execution of responses needed in the event of a real pandemic influenza emergency.