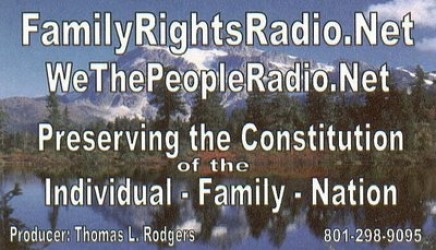 Last month's United Nations High Level Meeting on AIDS drew government officials and members of civil society from around the world to UN headquarters. During the meeting, individuals came together and caucused around particular issue areas, including the seemingly-innocuous concept of "family rights," at the Family Rights Caucus. But "family rights" is often a blind used to usher in a host of right wing biases.

This caucus was convened by the Catholic Family and Human Rights Institute (C-FAM), Family Watch International (FWI), National Association for Research and Therapy of Homosexuality (NARTH) and Jews Offering New Alternatives to Homosexuality (JONAH). Lynn Allred, Communications Director for Family Watch International, framed the purpose of the discussion in her opening statements: to uphold religious freedom and parental rights and to defend the beliefs that marriage can only exist between a man and a woman and that "the family is the foundational unit of society." After Allred's introduction, we knew what was in store: good old-fashioned right wing propaganda. ...