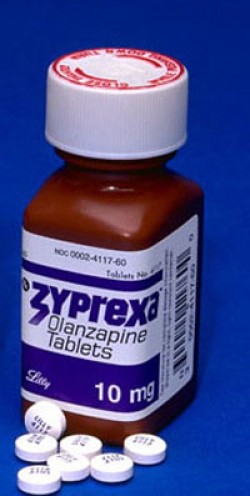 Secret Eli Lilly Documents on Psychiatric Drug Zyprexa Are Said to be Downloadable Once More Via a Grassroots Internet Campaign Using "Tor."

MFI Board Member Says Eli Lilly Is "Panicking" Because They Have "Committed Homicide."

Secret Eli Lilly documents about fraudulent marketing of the psychiatric drug Zyprexa are reportedly available once more for free download.

Eli Lilly has obtained a second court order, this one targeting a number of MindFreedom members. In an e-mail exchange today Eli Lilly threatened a MindFreedom member, Eric Whalen, with legal action to try to suppress the documents. Eric has complied.

But according to an anonymous report, the secret "ZyprexaKills" documents are still available to those able to use a super-sophisticated Internet privacy protection system called "Tor" which was developed by the Electronic Freedom Foundation (EFF) to create distributed network "cyber-tunnels" around censorship. More information about installing special Tor software to access ZyprexaKills documents can be found via a wiki not sponsored by MFI:

For the last six last days, a grassroots campaign appears to have successfully made hundreds of secret documents from Eli Lilly available using multiple web sites to hundreds of individuals who have downloaded the suppressed materials. The file itself appears to be about 269 megs
of material in the compressed download.

Ted Chabasinksi, a human rights activist on the MindFreedom board, commented that, "I'm an attorney, and I think the reason Lilly is panicking is that these documents literally show a conspiracy to commit murder. People talk about how these documents show that Lilly committed fraud. They do. But more importantly, if someone deliberately does something that they know will cause the death of another person, they have committed a homicide -- murder. Lying about the effects of Zyprexa has led to the deaths of many people."

Eli Lilly sought and obtained the first court gag order on 18 December, that one requiring Jim Gottstein to cease and desist from disseminating any of the files about Eli Lilly, and Jim is complying. The court is also requiring Jim to save all copies of his email for possible examination by the courts. While Jim disputes the validity of the injunction against him to suppress the Eli Lilly files, he is asking everyone to return the documents as required by that first court order here:

Said Ted, "Since Lilly does business in almost all states, and since people died as a result of Lilliy's behavior as evidenced by these documents, if there were a courageous prosecutor somewhere who saw these documents, conceivably Lilly's executives could go to jail."

"The genie is still out of the bottle, and Eli Lilly is still paying their hard-hitting attorneys to try to frighten citizens into silence," said David Oaks, director of MindFreedom International. "This is reminiscent of the way the Nixon administration tried to keep the Pentagon Papers secret even after the materials were in the hands of the NY Times."

You may read the text of the two articles and editorial about Zyprexa in the NY Times here:

"In the public interest, MindFreedom is forwarding the anonymous alerts referred to on this page and in MFI emails. MFI did not originate these alerts, MFI does not vouch for their authenticity or accuracy, that's all the information we have, MFI is not providing advice about the legality of downloading the 'ZyprexaKills' files, MFI is not encouraging anyone to conduct illegal activities regarding these files, and MFI itself is not providing the 'ZyprexaKills' files for download."

You can help the break Eli Lilly's information blockade: Please Forward This Alert!

Other actions you may take:

Those interested may "vote" on this "Zyprexa Memos" story on an area of
the web called "Digg" which is popularity-based:

There is also an e-mail list, not sponsored by MFI, that is discussing this grassroots campaign:

MindFreedom is a nonprofit human rights group that unites 100 sponsor
and affiliate groups with individual members, and is accredited by the United Nations as a Non-Governmental Organization (NGO) with Consultative Roster Status.

MindFreedom is one of the very few totally independent groups in the mental health field with no funding from governments, drug companies, religions, corporations, or the mental health system. While most of MindFreedom's members are psychiatric survivors, *all* who support human rights are invited to join and become active leaders.