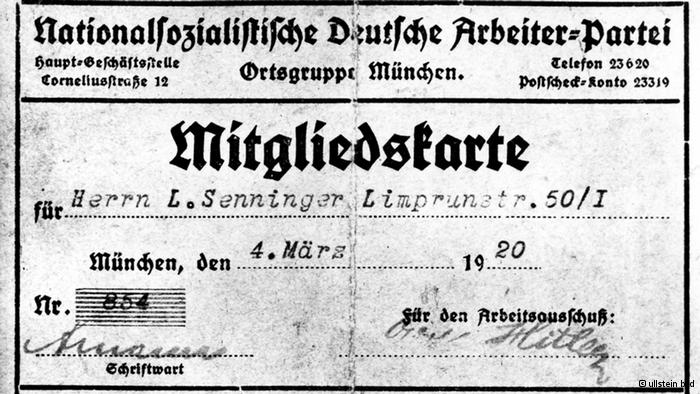 For decades, the post-war German government negotiated with the US to obtain lists of former Nazi party members. New research shows that German diplomats may have intentionally delayed obtaining the information. For years, Germany’s treatment of its own Nazi past appeared to have been thorough. Various publications are dedicated to all aspects of the Nazi dictatorship in Germany from 1933 to the war’s end in 1945. But in reality, there were large gaps in the German public’s knowledge. Until 1994, for example, it was difficult to say who, exactly, had been a member of Adolf Hitler’s NSDAP party.

Since the war’s end, party membership files were stored at the US-run Berlin Document Center (BDC). Despite repeated official requests by the German government over the course of decades, the US refused to part with the lists. But according to German author and journalist Malte Herwig, US obstinacy was not to blame. To the contrary: Herwig found documents which appear to prove that Germany did not truly want the explosive files.

‘The depth of denial’

Through his research, Herwig came upon documents that he feels clearly demonstrate Germany’s reluctance to make the files public. In one, the US mission in Berlin writes that it was “upset that the German government publicly requested the return of the Nazi files, but through diplomatic channels indicateed: We may be demanding this publicly, but please answer just as publicly that you can by no means return the data,” the researcher says.

Did the German government really thwart attempts to return the information to Germany? Historian Hans Mommsen views that as unlikely. “I wouldn’t use the word thwart,” he told DW. “I have the feeling that they dealt with things more bureaucratically.”

Thus far, Germany’s Federal Foreign Office has refrained from weighing in on the issue.

But it was inside the archives at the Foreign Ministry that Malte Herwig found evidence of delay tactics used by the German government. He stumbled upon “notes of a conversation from 1986, in which there was an estimation that six to seven years would have to elapse, and then the issue would become unproblematic.” It was at this point that Herwig became alarmed. “That, you really have to say, is an abyss of denial on the part of the state,” Herwig said. “I wouldn’t have thought that possible.”

‘Tell a lie and stick to it’

The word “unproblematic” was one Herwig came across repeatedly in the files of Germany’s Foreign Ministry. For the author, the “problem” in question was clear. Highly “problematic” would be the likelihood that high-ranking West German political leaders and diplomats might appear on the list of former Nazi party members.

Of particular concern, Herwig says, was the name of Hans-Dietrich Genscher. “[He was] the leader of the same ministry that was responsible for negotiating the return of that list,” Herwig said.

Genscher was Germany’s Foreign Minister between 1974 and 1992 and denied DW’s request for an interview – due to time constraints, he said.

The historian Mommsen, however, views Herwig’s discoveries as a “tempest in a teapot.”´”The people who were responsible for these materials, and whom I still know personally, were surely not the kind of people who would’ve tried to hide their office from the blemish of National Socialism,” Mommsen said.

That assessment isn’t shared by Herwig, who prefers to ask a different question entirely: Why have so many people – among them, prominent politicians – kept their lips sealed about their former party membership? It would’ve been easy, Herwig believes, to have simply said, “I was young and made a mistake, but recognized that mistake later.” At the end of the Second World War, Hans-Dietrich Genscher was 18 years old.

As part of his research, Malte Herwig interviewed former German Chancellor Helmut Schmidt, in whose cabinet sat many former members of the Nazi party and who himself fought as a soldier in the Second World War.

“I asked Mr. Schmidt, ‘Why, today, can these people still not say that, when they were 17 years old, they joined the Nazi party?’ “And Schmidt said [in English], ‘Tell a lie and stick to it.'”

Another reason the back-and-forth negotiations at the US-run Berlin Document Center still manage to shock today is that Germany’s Foreign Ministry allowed its own past to be researched by independent investigators eight years ago. The general impression then was that the office had been forthcoming with regard to its own history.

In 2005, then-German Foreign Minister Joschka Fischer established an independent commission of historians to clear up the history of the foreign ministry. In 2010, the commission delivered the results to Fischer’s successor, Guido Westerwelle, under the title “The Office and the History.”

Both historian Hans Mommsen and journalist Malte Herwig were critical of those results. For Mommsen, they just weren’t meaningful. “In some sense it was arbitrary, since they really only studied certain aspects,” Mommsen said.

For Herwig, the appointment of the committee was itself a dubious act. “The foreign ministry was being hunted,” Herwig said. “The historical commission’s study took place due to outside pressure only.”

As for Herwig’s own work, it hasn’t been “thwarted.” Quite the opposite: “I was supported throughout my research in the archives. All their documents were laid open to me, including classified files.” Previously, those documents had been kept secret.

From the files themselves, but also from the reluctance of multiple German governments until as late as 1994, much remains to be learned, 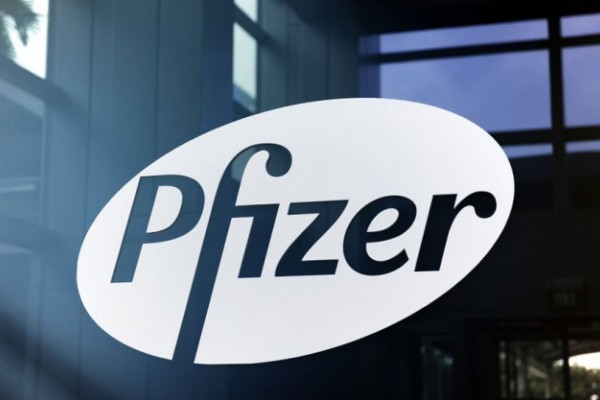