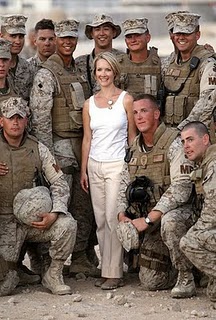 In a piece of revisionist history that is too calculated to be taken as anything but crass political [propaganda], former Bush 43 Press Secretary Dana Perino said yesterday that no terrorist attacks happened on American soil during the Bush administration. And of course, Sean Hannity agreed with her. They were discussing the tragedy at Fort Hood (which of course they’re blaming on President Obama), and somehow conveniently forgot about 9/11/2001.

Watch for some Republican legislator attempt to repeat this lie in the upcoming weeks. Ms. Perino has not apologized to the 9/11 families or even retracted the statement. The link to the interview has somehow been pulled from the Fox News site, but can be found here:

Previous Article
Defamatory Accusations re Myself Retracted by NewsFlavor
Next Article
Radio Free Europe, Radio Liberty, the CIA and the News Media