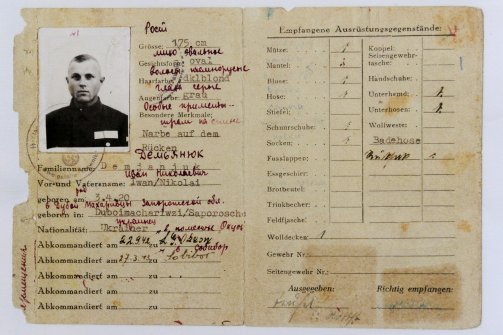 The Nazi-hunting era that began with the thunder of a kettle drum at the Nuremberg trials in 1945 ended with a whimper in 2011. After a much interrupted two-year trial, a federal court in Munich convicted John Demjanjuk, a retired Cleveland auto worker, of assisting in the deaths of 29,060 mostly Dutch Jews at Sobibor, a Nazi death camp in eastern Poland. The court sentenced him to five years in prison. Because he posed no flight risk, it allowed him to live in a nursing home while his appeal wound its way through German courts.

Demjanjuk died before his appeal process was completed. Therefore, under German law, he is considered not guilty of a war crime and his criminal record in Germany has been expunged. After being hounded through courts in the United States, Israel, and Germany for more than 30 years, Demjanjuk stands guilty of only one crime—lying under oath on his 1951 visa application about his birth country and what he did during World War II.

In the two visa fraud cases the U.S. Department of Justice eventually brought against Demjanjuk, a federal court ruled that he had been trained as an SS guard at Trawniki, a Nazi camp not far from Sobibor, and that he had served as a Nazi death camp guard. But no U.S. criminal court actually tried Demjanjuk for any war crimes because it did not have jurisdiction to do so.

The Demjanjuk case illustrates America’s historical and schizophrenic treatment of Nazi war criminals and their collaborators. On the one hand, the United States aggressively tried some of them at Nuremberg, and deported others like Demjanjuk, who had acquired U.S. visas by fraud, granting extradition rights to those countries who wanted to try them. On the other hand, the United States hired, used, and protected several thousand Nazi war criminals and collaborators for scientific and espionage purposes. The use and shielding of these criminals for more than 50 years was and is a massive obstruction of Holocaust justice.

It is not too late to right a painful wrong. As International Holocaust Remembrance Day approaches this weekend, President Obama has an historic opportunity to act. He can issue an executive order to open currently classified U.S. archives to researchers and journalists, and he can issue a formal apology to Holocaust survivors and victims and their families.

A court in Munich seized such an historic opportunity in 2011 when it convicted Demjanjuk for participating in a “killing process” without actually pulling a trigger. The court decision set a new and courageous precedent in German jurisprudence. Prior to 2011, German law stipulated that an alleged war criminal or collaborator could be found guilty only if he or she had ordered the death of or had personally executed an innocent person. That blind spot, among others, in German law had allowed scores of alleged Nazi war criminals and collaborators to be acquitted and saved hundreds more from the threat of prosecution. The irony is, it’s now too late to apply the new precedent to other alleged Nazi war criminals and collaborators. They are already dead or too old and sick to survive a legal process that takes years.

Sad to say, many countries have used the hunt for individual Nazi war criminals and collaborators as a convenient excuse to avoid confronting the degree to which their governments and citizens were essential players in the killing process during the war, and how they obstructed justice after the war.

To the international list of countries to be held accountable, one must single out the United States and Great Britain. Their military and intelligence complexes obstructed international justice by recruiting, training, employing, and protecting thousands of Nazi war criminals and collaborators. They were used as Cold War spies, propagandists, saboteurs, and assassins, as well as scientific leaders in the development and production of weapons of mass destruction.

Also included on the list of “nations” that collaborated with Nazi genocide is the Catholic Church. Not only did local churches in Croatia, France, Slovakia, and other countries actively support the Nazi regime, the Vatican itself failed to use its authority over those churches to stop the collaboration in a timely, decisive, and effective way. The Vatican also silently condoned the activities of priests and bishops living in Rome who helped Catholic war criminals escape to South America and the Middle East on what has become known as the Vatican ratline.

It is time for the United States to stand accountable for its insensitive, hypocritical, and often illegal use and protection of Nazi war criminals and collaborators, and for its criminal obstruction of international justice in prosecuting them. Every president since Bill Clinton has advocated the timely declassification of documents relating to Nazi war criminals and collaborators and their relationship to the United States. But every president since Clinton has also given government agencies a series of national security loopholes that block the declassification of documents, some of which are more than 60 years old. Although more than 30 million pages have already been declassified, there are hundreds of millions of unsorted and still classified documents sitting in the steel vaults of the National Records Center in suburban Washington.

To speed up the declassification process that will shed new light on the obstruction of Holocaust justice, President Obama should issue an executive order on the next International Holocaust Remembrance Day—Jan. 27, 2014—to automatically declassify, without exception, every document classified before Jan. 1, 1950. The implementation of this recommendation would not cost the national treasury a dime.

It is imperative that the United States also publicly acknowledge the role it played in subverting Holocaust justice. An apology from the president of the United States would go a long way to heal some of the still fresh wounds of war.

Richard Rashke is the author of Escape From Sobibor and the just-published Useful Enemies: John Demjanjuk and America’s Open-Door Policy for Nazi War Criminals (DelphiniumBooks/distributed by HarperCollins).

For inquiries, please contact The Daily Beast at editorial@thedailybeast.com 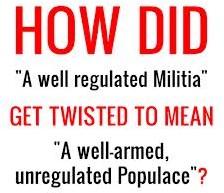