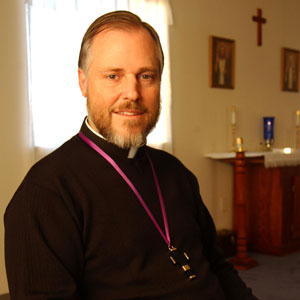 Peter Bowes, a former Wisconsin psychologist, leader of the Christ Sophia Order, or Christian Mystics, in the Elm State. " ... Former member Nancy Wainer said ... 'they use deception, mind control, hypnosis, all kinds of devious tactics to get you to follow them blindly.' ... "
TheBostonChannel.com/June 28, 2004

Caveat: Steve Hassan, the "cult expert" interviewed for this story, is a media plant and limited hang-out artist who conceals intelligence ties to the cults. He is assisted in covering up CIA crimes by the False Memory Syndrome Foundation, a CIA front. "What [cult leader Peter Bowes] was doing and saying about being honest reminds me of Chinese Communist brainwashing techniques of the 1950's when people would have to be honest and refute their families," Hassan said. In fact, according to Army reports, the Chinese did not engage in "brainwashing," but standard interrogation techniques and torture. This was a lie. The CIA claimed fallaciously that the Chinese were pursuing mind control to justify illicit Agency human experimentation conducted, in part, by Nazi scientists. Hassan's role is to cover up thiis sort of revelation and distance the CIA from cult atrocities (eg. People's Temple). - AC

New Haven (WTNH) - Is there a cult climate around one church in New Haven? One woman fears her mother has been lost to a cult in the Elm City. ...
They are the Order of Christ~Sophia or the Center of Light. The group has chapters across the U.S. including New Haven at an unassuming building on Grand Avenue, where some members, including Theresa's mother Julia, live....

They call themselves Christian Mystics, but some experts on mind control like Steve Hassan, call them "a destructive mind control cult where dependence and obedience is demanded."

The fact is the founder of the group, Peter Bowes, doesn't shy away from the term "cult". He even talks about it on a YouTube posting.   "A cult is a new religion that people hate," he says on the video. "I think we can say we are one then."

Peter Bowes' was a psychologist in Wisconsin until he surrendered his license.

"What he was doing and saying about being honest reminds me of Chinese Communist brain washing techniques of the 1950's when people would have to be honest and refute their families," Hassan said.

"Do you ever wonder what kind of faith would result in you becoming disassociated with the dearest people to you?"

"Well, everything I have ever learned about Christian values shows you you should become closer to your family," Theresa said.

Theresa's mother, a teacher, wouldn't talk to News Channel 8, but her picture is right on the group's New Haven web site. That web site also shows members working booths at community events, with face painting for kids or selling smoothies. The group often leaves fliers in area coffee houses.   "We teach meditation and we have classes on the bible," Reverend Michael said.

Steve Hassan says a lot of people who belong to these groups are able to hold down regular 9-5 jobs. One we're told is a doctor at a local hospital.

http://www.wtnh.com/dpp/news/news_wtnh_newhaven_cult_or_church_200811182159
••••••
FATHER PETER BOWES is a Christian mystic, ordained priest, Master Teacher of Christian mysticism and the co-director of a mystical Christian Order and school that has spiritual centers called, Centers of Light in 13 cities. He was trained by the Holy Order of Mans in the 1970's and was ordained a minister in 1974. He started four Christian Communities in Indianapolis, Santa Barbara, San Luis Obispo, California and Bloomington, Indiana. In 1982, Master Raeson Ruiz from the Holy Order of Mans ordained him a Priest and Teacher. He has been teaching and training people ever since, and in 1999 co-founded the current Order with Mother Clare Watts, who is also a Priest and Teacher. He is the author of 3 books entitled "The Word Within”, “The Radical Path” and “Spiritual Astrology.” Father Peter received his  Masters and Doctoral degrees from Indiana University in Educational Psychology and practiced psychology for many years. He has two grown daughters and is presently residing in Oakland, California.  He travels nationally every week to give seminars on the Inner Path. He has also been a featured guest on several radio broadcast programs. He devotes his time to  teaching, writing and creating devotional music. On his website, www.askfatherpeter.com he reads from his book, “The Word Within” as well as other topics of interest to the spiritual seeker, such as, “Quieting the Mind” and “Beginning the Spiritual Path”.

Religious order says it's out of the mainstream but not a cult
Milwaukee Journal Sentinel/March 5, 2005

" ... The order blends a belief in reincarnation with New Testament teachings, writings of mystical saints, "Wisdom Teachings of all times," seven sacraments, the Trinity, a belief in Mother Mary as equal in importance to Jesus in redemption, and an emphasis on the Sophia, or the feminine aspect of God, in balance with the masculine. ... "

http://www.rickross.com/reference/bowes/bowes7.html
•••••••
Coming of the Profit

Whoever once said, “there’s no business like show business” probably didn’t know about the “cult” business, with only a few devoted followers you can accumulate millions of dollars quite quickly (not to mention tax-exempt status).

The pair, both formerly members of a purported California “cult” called the “Holy Order of Mans,” started up their very own religious organization the “Order of Christ Sophia” (OCS) also known as the “Centers of Light,” which has been called a “cult.”

Essentially OCS is a copy of the Mans group with one big difference, instead of Earl Blighton (deceased); a former electrician responsible for training and ordaining Bowes, it’s Bowes and Watts that run this group.

And Blighton’s “spiritual” progeny have apparently put together a similar scheme not much different from the now defunct Mans order, which accumulates assets and cash largely through group housing, labor, tithes and offerings.

OCS opens “houses” for its members who pay rent to the order and tithes. The group, which has been called a “cult,” has successfully set up such housing in Boston, Atlanta, Dallas, Milwaukee, Minneapolis, New Haven, Seattle and Oakland.

Bowes and Watts have their own personal houses. Bowes keeps a private place in Oakland next to the “Order House” there and Watts has her digs near Seattle.

With less than 200 active members OCS has already accumulated millions of dollars in assets at a breathtaking pace.

Last year OCS bought a historical house in Milwaukee for $909,000 and this year they topped that by purchasing a retreat in Colorado for more than a million.

“Mother Clare” reportedly raised approximately $1,225,000 from her “parishioners” for the down payment.

Avatar Financial Group helped her out by providing transitional financing to the tune of $1,725,000.

The company reports, “The retreat and conference center sleeps 60 and seats 100+. There is a beautifully appointed 7-year old lodge and bunkhouse on 30 acres of inspiring Colorado landscape. The property is in excellent condition and both the Lodge and Bunkhouse are fully equipped to continue to be a turn-key event and retreat center.”

Wow! And to think that only a few short years ago before going full-time as a “Master Teacher” at OCS Peter Bowes surrendered his license as a clinical psychologist in Wisconsin, effectively ending that career choice after complaints were filed against him by former clients.

It just goes to show that there’s no business like “cult” business.

With less than 200 followers paying rent, doing remodeling work on OCS properties shelling out tithes, offerings and seminar fees Bowes and his associate Watts have built a spiritual empire worth millions.

The pair jets around the country ministering to their minions, though they manage to find some downtime to relax in Italy.

However, for the families of many current OCS members the supposed “spiritual” teachings of this duo appear to be devastating.

Parents say they have been cut off from the children.

According to one estranged mother Bowes and Watts “use deception, mind control, hypnosis, all kinds of devious tactics to get you to follow them blindly.”

Whatever the pair practices though one thing is for sure, it has proven to be quite profitable.