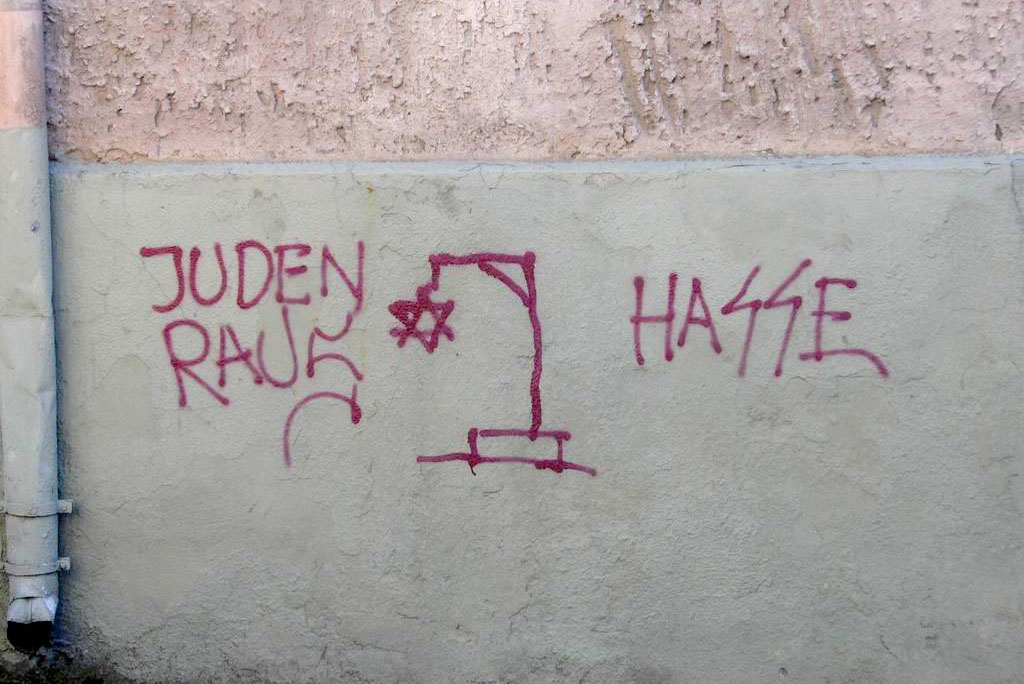 It was such a frightful torrent of abuse that it made her physically ill – sick enough that she had to retire from her job as a math teacher at Huntington Middle School in San Marino.

It could have been Germany in the 1930s—but instead it was San Marino in the 1980s. Georgia M. Gabor, a Jewish survivor of the Holocaust, whose parents had both perished in Nazi death camps, had endured roughly nine years of anti-Semitic terror from San Marino residents. Swastikas had been carved on her classroom door, assignments handed in with swastikas drawn on them, and anti-Jewish obscenities drawn on school lockers. Multiple threats greeted her by phone.

Gabor lived nearby in Sierra Madre and began teaching math at Huntington Middle School in 1969. She was, by all accounts, a much-loved teacher. Students would often listen with rapt attention to her gripping story of life as a teenager in Hungary during WWII, where she escaped the Nazis three times.

In 2014, a former student wrote, “I knew Georgia Gabor. She was my inspiration as a child, my math teacher in 7th grade. She was passionate and honest. She was my friend. Her story resonates with me. I recently visited the Jewish Quarter in Hungary, and she was always in my mind during the trip.”

Another former pupil, Leon D. Dame, once wrote to her: “Your class taught me a great deal more than mathematics. You taught me to have respect for all mankind […] In recounting your experiences as a young child, you were able to show me that prejudice and racism have no place in this world.”

The San Gabriel Valley Chapter of the Daughters of the American Revolution named Gabor “Outstanding Teacher of the Year” in 1987.

And yet, in 1981, when she published a harrowing memoir of her WWII years called My Destiny: Survivor of the Holocaust, she began receiving harassment in San Marino that was eerily similar to what she experienced during the war. “Every day I had to go to work and be reminded of what I lived through during the Holocaust,” she told the L.A. Times in 1992.

Until the mid-1960s, discriminatory real estate practices may have barred Jews (as well as blacks, Latinos, and Asians) from living in San Marino. The San Gabriel Country Club did not admit Jews until as late as 1975, and possibly into the 1980s.

In 2000, Uri Herscher, now 73, founder of the Skirball Cultural Center, recalled in an article for theWashington Post that San Marino was “truly a racist little community. It was packed with oil lords, and no Jews and no Italians lived there.”

Former Republican Congressman Pete McCloskey, who grew up in San Marino in the 1930s and ‘40s, similarly remembered that there were “no blacks in San Marino, and there were no Jews. They kept Jews out of San Marino by asking, ‘What’s the maiden name of your mother?’ The real estate people had a conspiracy. As with blacks, Jews in your neighborhood were supposed to make property values drop.”

A 1976 article from the L.A. Times notes that Jews only began to move in “about ten years” ago, and in 1971 the Western States Jewish Historical Quarterly remarked, “the Hillcrest Country Club [in Cheviot Hills] was started by two or three Jews who had belonged to the San Gabriel Country Club and had some sort of unpleasantness there.”

Gabor’s experience seemed to be a continuation of this long, unpleasant tradition. In 1992, when the L.A. Times exposed her mistreatment, Tom Brown, a consultant for the California Teacher’s Association, asserted: “definitely there is anti-Semitism in San Marino.”

So where did it come from?

The answer may lie in the founding fathers of the city. George S. Patton Jr., the celebrated WWII general and San Marino resident, was a closet anti-Semite, once calling Jews “lower than animals” and writing in his diary, “The Jewish type […] is, in the majority of cases, a sub-human species without any of the cultural or social refinements of our times.” His father, who served as San Marino mayor from 1913 until 1924, might have been equally prejudiced.

Tony Platt, a San Jose State University professor who did a fellowship at the Huntington Library in the early 2000s, found anti-Semitism rampant among the early trustees of the library, including Caltech’s Robert Millikan.

And then there was the anti-communist John Birch Society, who maintained its West Coast headquarters in San Marino from the early 1960s until 1989. The organization was, and still is, plagued with accusations of anti-Semitism by the Anti-Defamation League and Southern Poverty Law Center.

San Marino’s anti-Semitism kept pace with its unspoken policy of excluding minorities from the city. As late as 1970, according to the L.A. Times, there was only one black family in the city. One commenter on ILW.COM, an immigration law website, writes: “In the 1940s and 1950s, Asians were supposed to leave [San Marino] after dark, and only whites were allowed to buy homes there.”

When policeman-turned-author Joseph Wambaugh moved to San Marino in 1975, he joined the San Gabriel Country Club—the elite links that serve San Marino, San Gabriel, and neighboring wealthy communities. When he asked a member if the club restricted Jews, the man replied nervously, “Are you only partJewish?” (Asked if the San Gabriel club had any Latinos, another golfer responded: “Well sure, we have some Mexicans—the caddies!”)

The San Marino City Club might have excluded Jews as well. In a 2013 recollection, Janice Lee-McMahon, the first female president of the club, explained, “It was founded in 1926 and was an old, male, all-white club until 12 years ago.” All-white, in San Marino terminology, probably meant gentile.

Things did begin to change slowly when Asians started to settle in San Marino in the 1980s, adding to the diversity of the city, but this led to further tensions: in 1984, a 17-year-old Chinese-American youth was assaulted at Huntington Middle School in a racially-motivated attack by three white teenagers. Asian businesses were vandalized throughout the decade, and one angry resident even petitioned to have English made the official language of the city in 1986.

As late as 1988, a study conducted by the City of Sacramento concluded that the San Gabriel Country Club may have been one of several golf courses statewide that still excluded Jews and non-Caucasians. (Even today, the club faces occasional discrimination charges.)

When Georgia Gabor released her memoir in June 1981, she embarked on a national tour to promote it, with stops in Oklahoma and elsewhere. In the book, she recounted her experience as a teenager in Budapest, Hungary during WWII. After the Nazis overtook the city in 1944, she saw her entire family killed, and she herself escaped three times—once by climbing over a pile of dead bodies that were being devoured by rats. She also witnessed the torture and killing of scores of other Jews. Later, she escaped the Soviet army as it overtook Hungary following the war. Fleeing Europe in 1947, she was adopted by foster parents and eventually settled in Southern California, where she graduated from UCLA.

Her story inspired countless readers and students, but some in San Marino saw it a different way. Even as San Marino’s John Birchers railed against the assault on American freedoms by a phantom communist army, unknown citizens peppered Gabor with death threats over the phone. On a routine visit to the post office, Gabor returned to her car to find the message “Jew, get out of San Marino” written in magic marker.

Then there were the swastikas. They greeted her everywhere: on school desks, lockers, homework assignments, and white supremacist flyers left anonymously on her table. Was it the work of students? If so, who were their parents?

When Gabor complained to the San Marino school board, a wall of opposition mounted against her. Some accused her of being “obsessed with the Holocaust.” One letter from a parent called her “sly and cunning,” and, in 1990, 36 parents petitioned to have her removed from the school, according to theL.A. Times.

Gabor, who appears in a video interview for the Bay Area Holocaust Oral History Project in 1983, looking bubbly and cheerful—younger than her 52 years—was evidently exhausted by 1990, when her doctor ordered her to go on medical leave from her teaching job. “The harassment had made her physically and emotionally ill,” reported the Times.

In October 1991, she sued the San Marino Unified School District, alleging discrimination and claiming they had offered her fewer benefits than she deserved when she applied for early retirement. Whether she ever received any benefits is unclear. According to her own account, she was forced to sign “an 11-page legal document that absolved the district of any future liability.” Tom Brown of the California Teacher’s Association said he “had never heard of a teacher being asked to sign such a statement.”

The result of the lawsuit remains uncertain, and the Social Security Death Index says that Gabor died in Sierra Madre in 1994—at the age of 64. One has to wonder if the years of intimidation she endured in San Marino contributed to her early death. (Author’s note: I searched for surviving relatives online, but wasn’t able to locate any.)

“It’s very important for me to convey that bigotry and discrimination are what causes man’s inhumanity to man,” Gabor once said in an interview. “It can start out by little things but it can mushroom quickly.”

Watch a 1983 interview with Georgia Gabor on her Holocaust experiences here. 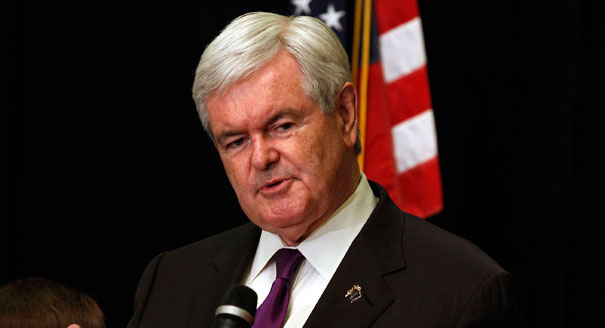