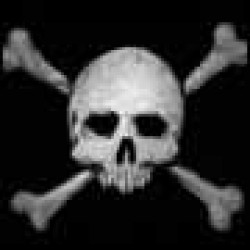 "What is frightening and depressing is that a pseudoscientific propaganda word like 'terrorism' has come to have such a hypnotic effect on public debate ... a word featured constantly in the anti-partisan communiqués of the Third Reich ... Should we not be wary of a term with which rulers fool themselves and by which history is abolished and language debased? Don't we fool and console ourselves enough as it is?" - Christopher Hitchens, Harper's, September 1986

The mingling of Enterprise operatives with Middle Eastern radicals - discussed abstractly in the Iran-contra hearings - was completely acceptable to the Congressional quislings charged with oversight.

Of the 26 committee members, 17 had voted in favor of funding the contras. The majority of "Select" Congressmen entrusted with deconstructing the secret sale of arms to Iran marched in step with the accused.

Chairman Lee Hamilton admonished North: "This secret policy of selling arms to Iran damaged US credibility." But he had to admit, "there are parts of your testimony that I agree with. I agree with you that our government needs the capability to carry out covert actions. During my six years on the Intelligence Committee, over 90 percent of the covert actions that were recommended to us by the president were supported and approved."

In 1988, Berkeley researcher Peter Dale Scott saw an "explicit agreement on the need to continue covert operations, many of which (especially those in Angola and Afghanistan) had support arrangements entangled with North's Iran-contra Enterprise."

These "support arrangements" continued through 911 to the present day.

Dr. Scott noticed that Hamilton's panel "mostly averted its eyes from the broader extent of the North-Secord-Hamilton consensus" and that fraternal consensus smiled on North, Secord, Armitage, Khashoggi, bin Laden, Zawahiri and their narcotics-tainted, genocidal paramilitary interventions around the globe.1

The oily CEO of The Enterprise was George H.W. Bush (with North as chief operating officer), who brought terrorism home in 1976. Bush was implicated first by journalists, then federal investigators, in a terrorist attack in the nation's capital - the fatal car-bombing of Chilean activist Orlando Letelier and co-worker Ronni Moffitt in 1976. The case was reopened and the CIA planned on letting go of a report that would have brought the name Bush to the surface ... but insisted on releasing it only after the 2000 election. And as the Washington Post reported on October 24, release of the report would certainly face imposing "obstacles" should Son of Bush defeat Son of Gore.

Full exposure of Iran-contra was hindered by a cover-up culture in Congress. George H.W. Bush was snared in the investigative net, so he enlisted the aid of a trusted ally in the House, Rep. Dick Cheney of Wyoming. Cheney was the ranking Republican in the Iran-contra probe. Robert Parry reports that Cheney "smartly exploited his relationship with Rep. Lee Hamilton," who "gave Bush a pass." The narrow, penlight focus of the investigation was the work of Cheney and Hamilton, who steered it away from "sensitive areas, such as contra-drug trafficking and the public diplomacy operation."

(Iran-contra's Otto Juan Reich was tarred by the Orwellian "public diplomacy" scandal under Reagan. A Cuban exile with a sordid history of

romancing repressive Latin American regimes, he followed Armitage to the State Department, was appointed to the office of Assistant Secretary of State for Western Hemisphere Affairs in January 2002, under Powell.)

"Despite surrendering to Cheney's demands time and again, Hamilton failed, in the end, to get a single House Republican to sign the final report. Only three moderate Republicans on the Senate side - Warren Rudman, William Cohen and Paul Trible - agreed to sign ... after extracting more concessions." Cheney and a few fellow Republicans filed "a minority report with the Committee that denied any significant wrongdoing had occurred."2

CP Directors Kenneth Langone and John J. Hamre are trustee and CEO/president respectively of the Center for Strategic and International Studies (CSIS) in the District of Columbia, where the late Dr. Ray Cline, another Iran-contra veteran, made a substantial contribution to the international game plan that led to 911 and the ensuing clash of civilizations.

But before turning to Dr. Cline and his own significant evil, we should pause to reflect for a moment on John Hamre, a bundle of revelations in a

portly package. Hamre is the aforementioned ChoicePoint connection to ITT (see part one) - the communications and Chilean coup-plot folk  - where he has been a director since '00. This was the same year he became chairman of the Center for Strategic and International Studies (CSIS) - agent in place.

Before joining CSIS, Hamre was U.S. deputy secretary of defense, 1997-2000 ... under William Cohen, one of the Senate Republicans who signed Lee Hamilton's martinized Iran-contra report - and under-secretary of defense/comptroller from 1993 to 1997. Before joining the DoD, Dr. Hamre was on the staff of the Senate Armed Services Committee, 1984-1993, with responsibilities for oversight of weapons R&D and assorted defense budget issues. From 1978 to 1984, he was deputy assistant director for national security and international affairs at the Congressional Budget Office. Dr. Hamre is a director of MITRE Corp. and Integrated Nano-Technologies LPC. He's a Rockefeller Fellow at Harvard Divinity School, and received a Ph.D. in 1978 from the Johns Hopkins School of Advanced International Studies.3

Dr. Hamre is also board chairman of the John and Mary R. Markle Foundation.

The RAND Corporation, Carnegie-Mellon University and The Brookings Institute. Some members of the "philanthropic" Markle foundation under Dr. Hamre:

Judith A. Miller: The New York Times reporter whose articles on Saddam Hussein's WMD program proved to be fictional.

William P. Crowell: CEO of Cylink, Inc. in Santa Clara, California. Crowell came to Cylink from the NSA, where he had a series of senior positions, including deputy director of operations and deputy director.

Eric Benhamou: vice chairman, Israel21c, a non-profit organization that seeks, according to its website, to "promote the 21st century Israel that exists beyond the conflict."

Robert M. Bryant: former assistant director of the FBI, CEO of the National Insurance Crime Bureau. In November 1999, after 31 years of service, he retired as deputy director of the FBI, where he presided over the Bureau's strategic plan, and served as the agency's chief operations officer. While at the FBI, he directed a number of high-profile investigations, including the Aldrich Ames spy case, the Oklahoma City bombing and the Montana Freeman standoff.

John O. Marsh: Former Secretary of the Army and Virginia Congressman. A member of the Advisory Panel to Assess Domestic Response Capabilities for Terrorism Involving Weapons of Mass Destruction. Recently, the Panel released its second annual report entitled "Toward a National Strategy for Combating Terrorism."

Morton Halperin: Director of the Washington office of the Open Society Institute. Halperin is a director of policy planning staff at the Department of State. He was special assistant to President Clinton and a senior director at the NSC, 1994-1996. Other positions include director of the Center for National Security Studies, and director of the ACLU's Washington D.C. office.

Gilman Louie: President and CEO of In-Q-Tel, a CIA front that delivers new technologies to the intelligence community.

Michael Okerlund Leavitt; Republican governor of Utah, first elected in 1992. Leavitt resigned his office in November 2003, and was sworn in as the administrator of the EPA under Bush the next day. He was confirmed to this office on October 28, 2003. Leavitt also serves on the Homeland Security Advisory Council.

The Markle Foundation, according to its website, was established in 1927 "to promote the advancement and diffusion of knowledgev...vand the general good of mankind..."