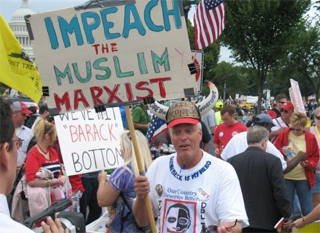 “… This kind of scorched earth politics that runs through everything Eric Cantor and this demagogic Republican Party has done, is a disgrace. …”

Veteran journalist Carl Bernstein on Wednesday called out Rep. Eric Cantor and said that the wing of the Republican Party behind the government shutdown is the “most dangerous” force in American politics since McCarthyism.

“Eric Cantor and his Republican Party are the most dangerous demagogic force  in American politics since Joe McCarthy, and that’s what this is about,” the  Washington Post journalist said on MSNBC’s “Morning Joe.” “And it’s about the parts of the Republican Party that are willing to appease this awful force.”

Bernstein said the wing of the GOP behind the shutdown was reshaping President Barack Obama’s role as president.

“I think what we’re seeing is a redefinition and understanding of Barack  Obama’s presidency, which is to protect the national security from this dangerous demagogic element that is on the precipice of really having a kind of power which is ruinous to America and ruinous to democracy,” Bernstein said.

Weekly Standard editor Bill Kristol, who was also on the panel, challenged  Bernstein, calling his remarks a “cheap shot.” Fellow Republican and host Joe  Scarborough also said the comparison to McCarthy could be “insulting.”

Bernstein stood by his remarks. 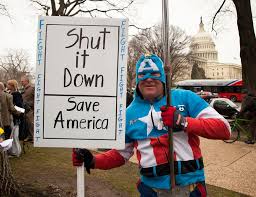 “I think they’re very comparable, because I think they heel not from fact,  but from wild accusations … that the government and the people of this country  are going to be in hell … if we have this kind of health care,” Bernstein said,  over interjections from Kristol and Scarborough.

The conservatives also brought up Democrats as culpable, saying the Senate has not passed a single appropriations bill this year or participated in negotiations.

Bernstein replied it was a question of scale, even though some Democrats are “brain dead.”

“I agree with you totally except in terms of proportionality. The proportion  in what we’re talking about here in terms of what one force is willing to do and  the other are quite different,” Bernstein said. “A lot of the Democratic Party in Congress is brain dead, but that is different from the kind of demagoguery  that we have seen and the kind of oppositional politics to undermine Barack  Obama.”

Kristol said opposing the president is valid and not “disloyal,” and that  while he may not have pursued the strategy that led to the shutdown, Democrats  should be able to accept a compromise.

Bernstein said Republicans can pursue a delay of the individual mandate, but  not on a government funding bill.

“To do this, to have this kind of scorched earth politics that runs through everything Eric Cantor and this demagogic Republican Party has done, is a  disgrace. And I think you can paint with a broad brush here because it’s  consistent; it’s not about this individual thing,” Bernstein said. 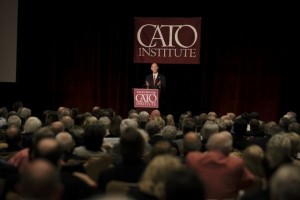 Independent and Principled? Behind the Cato Myth 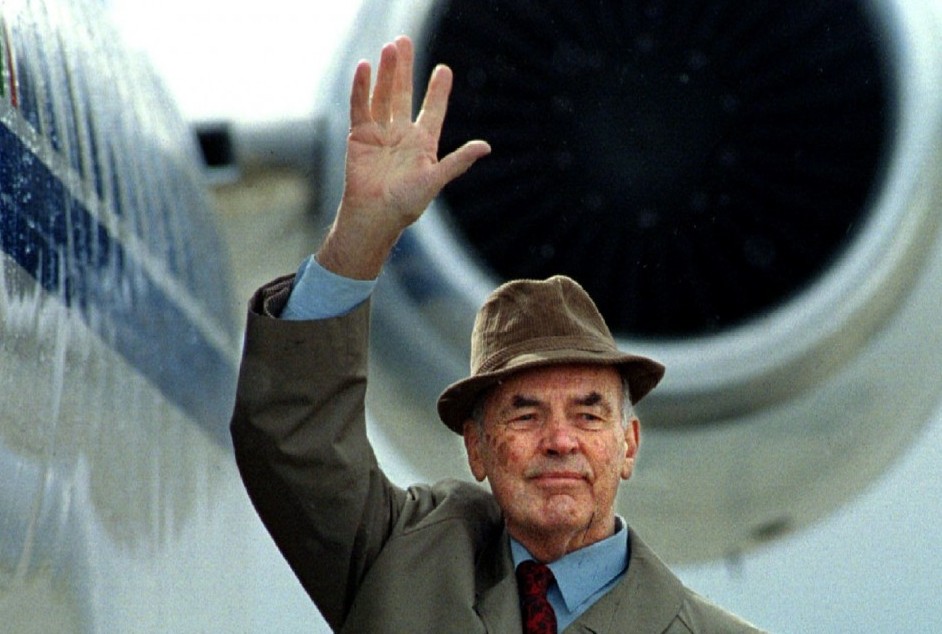