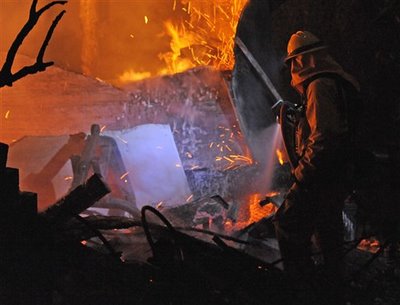 SANTA BARBARA, Calif. — Investigators say the fire that destroyed more than 200 homes in Santa Barbara and Montecito was "human caused."

Doug Lannon, a spokesman with the California Department of Forestry and Fire Protection, said Sunday that investigators have eliminated all accidental causes of the fire.

The fire began Thusday night in a Montecito landmark called the Tea House. Lannon said the area is a popular hangout for teenagers, and it's possible someone was smoking in the brush or started a campfire there.

Investigators have not ruled out arson as a possible cause. They've set up an anonymous tip line in hopes of getting the public's help in finding out what happened.