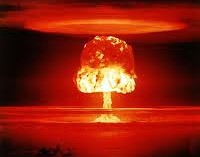 “… We weren’t told anything; it was just a job. Knees drawn up; palm of your hands to your eyes; here we go. And at zero, we didn’t hear a thing – apart from that, there was an awful lot of flash and you can see the bones of your hands (through the skin). …”

Soldiers who were used as human guinea pigs and had FIVE nuclear bombs test dropped near them are launching their latest weapon in their 60-year battle to get the Prime Minister to say two words – ‘thank you’.

MM tracked down one brave veteran who survived the horrific ordeal to tell the story of the ongoing fight for recognition. More than 20,000 soldiers were put through atomic tests with no pre-warning so that boffins could try to determine the effects of radiation on humans. The charity’s annual conference is taking place at Didsbury’s Britannia Country Hotel on the weekend of Friday May 23, where they will be launching their new feature-length film, Britain’s Atomic Betrayal.

The film will be shown to MPs by charity patron and Basildon MP John Baron on June 25. It was back in February when David Cameron became the latest PM to refuse to issue a thank you that he called ‘divisive’. The BNTVA chairman Nigel Heaps responded to the news by claiming public opinion will add weight to the campaign.

“I am confident the growing support for our campaign will prove to the Prime Minister that it is the right, proper and decent thing to do,” he said.

Every other nuclear power on Earth – the United States of America, Australia, New Zealand, France, Russia and even China – has opted to recognise the work of atomic veterans and offered compensation for illnesses linked to the tests. Even the Isle of Man has paid out and said thank you.

In December last year, 200 veterans and relatives marched on Parliament with a 5,500 signature petition in their latest attempt to change Whitehall’s mind on the matter. But now, the BNTVA are aiming to renew their efforts to change Cameron’s mind as North West veteran Bob Ireland tells MM.

Bob, a Private during his time in the service, was experimented on in up to five nuclear tests during his two-year stint of national service between 1957 and 1959, where he was posted at Christmas Island in the Indian Ocean. One of 22,000 soldiers who saw Britain’s tests between 1952 and 1967, Bob described the atomic tests he was subjected to from seventy or eighty miles away, recalling that his superiors offered no explanation or information prior to the experiments.

“We weren’t told anything; it was just a job. Knees drawn up; palm of your hands to your eyes; here we go. And at zero, we didn’t hear a thing – apart from that, there was an awful lot of flash and you can see the bones of your hands (through the skin). That faded off and then there was the heat – which I suppose was like someone putting a fire against your neck. It wasn’t going to singe you but it was like the electric bar of a fire and then that disappeared after a few seconds.

“When the count reached ten, we were told we could have a look and when we did, to be honest, you couldn’t see a thing. Just white. Then suddenly the horizon came in to your typical nuclear explosion, you know, the fireball. Then shortly afterwards you got the shockwave through and thought ‘blimey!’”

That was a 22-year-old Bob’s first encounter with a hydrogen bomb in spring 1958.

Dropped from a Valiant bomber, the other atomic blasts he encountered were dropped from balloons – but left no less of an impression.

After returning home and a stint in the Merchant Navy, Bob joined the movement for recognition on his returned to the North West in the 1980s, when he saw a newspaper advertisement for the BNTVA. However, it was not until in recent years that he has ramped up his involvement after meeting the charity’s chiefs at the rededication of the stone of memorial to the Royal Army at the National Memorial Arboretum in 2011.

Bob himself has been fortunate to avoid any serious illness, but – with fewer than 3,000 still alive – the time that has passed has transferred the focus from the veterans and to their descendants.

That’s where the Fallout group come in. Set up by Shelly Grigg, the daughter of a nuclear veteran, the descendants group are lobbying the government to introduce a £25 million benevolent fund for those born with genetic illnesses – and will have their first meeting at Friday’s conference. Manchester City Council recognised the group’s efforts back in February. However, proof has never been firmly established and some veterans have questioned whether the exposure to radiation has had an impact on their future health.

There have also been suggestions that some veterans have jumped on the bandwagon in search of a payday from the proposed fund.

Armament Fitter Kenneth Cox, who was also based at Christmas Island (and still lives in Asia), has claimed he has seen no side-effects from his own nuclear testing exposure.

“In the 80’s, I formed a ‘Grapple Club’ attempting to find veterans of Christmas Island who were not suffering in any way – and I got a few hundred to come forward,” the ex-serviceman told MM. Many wanted no part on the claims for compensation. I personally think only vets with problems have joined BNTVA on the rare chance compensation would be forthcoming.”

ATTENTION: An officer conducts an inspection of his troops

Kenneth insists that while visiting ‘ground zero’ and meeting airmen who scrubbed Canberra aircraft that had gathered samples from flying through nuclear clouds, he has seen no evidence of radiation causing illnesses.

“I suffered no ill effects whilst on Christmas Island. Nor did I see any of the hundreds of airmen suffer either,” said Kenneth.

But Bob, who has not seen any significant evidence of disease in himself or in his three daughters, insists the lack of proof is not an absolute guarantee that he will not be struck down by an illness from the shadows of his past.

“I’m 78 now and I’m still going strong and I think to myself ‘that can’t be too bad, can it?’ At the same time, at the back of your mind, you think, is this it? There’s always a fault there,” he said.

“You don’t know how long any of these cancers remain dormant in your body. Who knows?”

While health fears will always remain around the tests, one thing cannot be questioned – the sacrifice of thousands of young men to keep Britain’s falling empire at the ‘top table’ as the Cold War heated up.

“The tests were a complete success,” Bob said. “America had the hydrogen bomb and we were going to be left out of the top table. So the government of the day panicked because the word was that the Americans and the Russians wanted to ban nuclear testing. It was a success in the end because we did end up with the hydrogen bomb and we did get to sit at the top table. And that’s part of what we’re on about with recognition – without us you wouldn’t be where you are today.”

FOR QUEEN AND COUNTRY: Veterans of Christmas Island

And Bob believes that, whether absolute proof is ever obtained or not, a thank you on behalf of the nation is deserved.

“The parting shot from one of the ministers was ‘what makes you think you’re different from any other veterans?’” he said, referring to a past encounter in Westminster.

“And that really got everyone’s goats up because, quite frankly, we were experimented on.  None of the other veterans were, as far as I know. God bless the guys who went to Afghanistan and Iraq and they have been involved in one or two nuclear things, I believe, but they were fighting a battle. We weren’t. We were just up there and we weren’t told a thing. Radiation is a funny thing, isn’t it? You never know how it might alter you.”

And as Bob and the BNTVA move into the next phase of their campaign with this week’s film launch, there is renewed hope their campaign will finally achieve a goal that has seemed unattainable for over half a century.

“Since February we’ve heard that the Prime Minister hasn’t actually closed the door on anything and I think he’s still listening to people,” Bob told MM. Certainly we have a lot more MPs behind us now than we’ve ever had before. As for the Prime Minister, its politics, isn’t it? It’s not whether he believes something or whether he doesn’t, it’s how many votes there are behind it.” 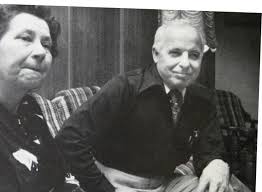