Mere hours before the world was introduced to Edward Snowden, more than 400 people, many of them from Hawaii’s intelligence community, gathered for a gala inside the hangar of the Pacific Aviation Museum Pearl Harbor at Ford Island.

The black tie affair was to celebrate the U.S.’s triumph during the Battle of Midway, a skirmish that was won in large part because of naval intelligence gathering and code breaking.

It was also to honor people like Snowden, who before he fled Hawaii and blew the whistle on secret National Security Agency surveillance operations, worked for the U.S. government combing through top secret data as a way to protect our borders and keep us safe from terrorists.

Snowden’s last U.S. employer, Booz Allen Hamilton, was a sponsor of the Battle of Midway ball. The billion-dollar defense contractor had given a last minute donation to make sure the nonprofit event would go on.

The Midway intelligence gala was inaugurated in 2012 in time for the battle’s 70th anniversary, and the keynote speaker was Mike McConnell, a former director of the NSA, and current Booz Allen Hamilton executive.

The fact that Honolulu was able to attract such a heavy hitter showcases the influence of the spy business in Hawaii.

Those in intelligence don’t tend to talk about their day jobs, and tracking the dollars can be difficult even for those who have an official interest in the defense business.

But by all accounts the intelligence business is thriving in Hawaii, whether its with the NSA, the armed forces or any number of private contractors.

It’s all around us, yet largely hidden. And depending on who you talk to, that’s kind of the point.

Bob McDermott is the head of the Navy League of the United States, Honolulu Council, and is charged with putting on the annual Battle of Midway intelligence gala. Attendance is high, he said, because of the sheer number of people who work in intelligence in Hawaii. But even though he has a closer view than most into their world, he still finds himself at a distance.

“They’re here, but I never think about them much because they keep to themselves,” McDermott said. “The only time I deal with them is when I do this ball. But I don’t usually know who they are and they don’t tell me.”

This isn’t uncommon. Many people who work in intelligence deal with information that’s sensitive to national security. They don’t want to advertise what they know or do for fear of being targeted by someone who might want to get their hands on top secret data.

Jay Parasco is a former Army intelligence analyst and linguist who used to work at the Kunia Regional Security Operations Center near the Schofield Barracks in Wahiawa. This facility is also known as “The Tunnel.”

“Hawaii is a big intelligence hub,” Parasco said. “There’s a lot going on here that people aren’t aware of at all.”

Each branch of the military has its own intelligence arm, and there are government facilities dedicated solely to gathering, crunching and disseminating intelligence data, such as U.S. Pacific Command’s Joint Intelligence Operations Center at Pearl Harbor.

The NSA also recently upgraded its cryptologic operations in Hawaii. In 2012 it completed construction of a $358 million regional operation center. Prior to that the agency had been working out of a facility that was first built during World War II.

Parasco said the fact that Hawaii is home to one of these regional centers says a lot about the size of the intelligence community in Hawaii. The NSA also has satellite facilities in Texas and Georgia in addition to its Fort Meade, Maryland headquarters.

“Anytime you have one of the regional security operations centers, there’s going to be a big intelligence presence,” Parasco said. “You’re going to have representatives from all four branches of the military, NSA employees and civilian contractors, like Booz Allen Hamilton, both big and small.”

A lot of federal money comes to Hawaii as a result of its logistical importance to the U.S. military and homeland security. The state is home to Pacific Command headquarters and plays an integral role in the U.S.’s “pivot” to East Asia.

But actually tracking how this money is spent, particularly when it comes to private contractors, is difficult.

The Chamber of Commerce of Hawaii sends lobbyists to Washington D.C. to get more military money funneled to the islands, but it does little to actually track the businesses that benefit from these funds.

The Hawaii Department of Business, Economic Development & Tourism on the other hand compiles how much the federal government spends on national defense contracts in its annual data book.

DBEDT used to break down contract awards into categories, such as ammunition, building supplies and petroleum, but due to budget cuts no longer has enough statisticians to do the work. Even when there were more bodies to track the data it was impossible to tell what money might have gone to private defense contractors who specialized in intelligence operations.

“We just can’t go into that kind of detail,” said Charlie Ota, vice president of military affairs at the Chamber of Commerce. “It’s very difficult and that’s why those guys at DBEDT, I’m sure they try their best, but they’re limited by the information and they’re limited by their staff so they can only do so much.”

The opening line to the first story in that 2010 series by Dana Priest and William M. Arkin, “A hidden world, growing beyond control,” highlights the difficulties in tracking what the government spends on its intelligence gathering efforts.

“The top-secret world the government created in response to the terrorist attacks of Sept. 11, 2001, has become so large, so unwieldy and so secretive that no one knows how much money it costs, how many people it employs, how many programs exist within it or exactly how many agencies do the same work.”

What the newspaper was able to determine was that there were nearly 2,000 companies helping the government with top secret work, and an estimated 854,000 people with top-secret security clearance.

Following the money is also made difficult by the fact that many companies, such as Booz Allen Hamilton, have several locations and satellite offices.

For example, government spending data shows that Booz Allen Hamilton has received nearly $73 million worth of contract work in Hawaii since 2001. But the company, which is headquartered in Virginia, could have received other contracts that included work for Hawaii even though the contract was associated with another office location.

What should be obvious is that contract work is lucrative. Other big name defense and intelligence contractors, such as Northrop Grumman and SAIC Inc., make millions of dollars working in Hawaii alone.

The growth in the intelligence community and the subsequent need to protect sensitive information hasn’t gone unnoticed in Hawaii.

Not only have people like Snowden and Bishop highlighted the fact that Hawaii is home to highly classified operations, but they also showed that there’s need for employees here who can do the work inside of top-secret facilities like the NSA and the Pacific Command Joint Intelligence Operations Center.

The University of Hawaii — West Oahu and Honolulu Community College are now teaming up to help fill this niche, offering an “information security and assurance” degree program that will include topics such as computer hacking, cyber defense and espionage.

Aaron Tanaka is a computer networking professor at HCC who will be teaching some of the courses associated with the new degree program. He said it’s a highly relevant skill set, particularly in Hawaii because of the large military presence, although he said students will also be able to get jobs at banks, hospitals and wherever else sensitive data needs to be protected.

“It’s growing in the country, and there’s a lot of money coming from the National Science Foundation to support these types of programs,” Tanaka said. “As a society we’re becoming more aware of how dependent we are on information, and because of that there are attacks coming from all different angles.”

Some of Tanaka’s former students are already getting jobs working in the military or for other organizations requiring top secret clearance. He knows this because when his students are getting vetted for positions he often gets interviewed.

“They flash a badge, so it’s all official,” he said. “They take it very seriously and it’s very thorough.”

Training kids in the art of computer espionage and cyber security isn’t something Tanaka takes lightly.

He makes all his students sign a waiver saying they can get expelled if they use what they’re taught inappropriately. There will also be discussions about ethics, he said.

“Information privacy is very important, so you can’t go onto a public system and start sniffing people’s traffic,” Tanaka said. “We’ll set up a private network for (the students) to play around on. They’re not just playing around on the internet.”

Previous Article
Contras, Drugs and Money: The Hunt for the Secret Team
Next Article
The CIA, an American Pinay Circle & the Muslim Brotherhood 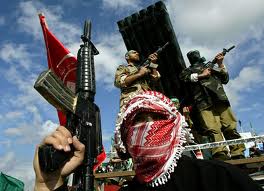 The CIA, an American Pinay Circle & the Muslim Brotherhood
Jul 22