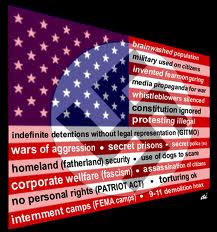 Declassified government documents shed new light on the secret protection and support given to former Nazi officials and Nazi collaborators by U.S. intelligence agencies in the years following World War II, according to a book released yesterday by historians who have been reviewing the records for the government.

The book, "U.S. Intelligence and the Nazis," is based on 240,000 pages of FBI records, 419 CIA files on individuals and 3,000 pages of U.S. Army information detailing the Army's postwar relationship with former officers of the German Wehrmacht's intelligence service, which are now available to the public through the National Archives. The records are the latest portion of about 8 million pages declassified since 1999 under two post-Cold War federal laws that opened up secret government files relating to war crimes by the World War II German and Japanese governments.

The book is "an outstanding contribution to our understanding of the Holocaust and the world of intelligence," Steve Garfinkel, chairman of the Nazi War Crimes and Japanese Imperial Government Records Interagency Working Group, said in a statement. The working group includes representatives from the departments of Defense, State and Justice, as well as the CIA, FBI, National Security Council and U.S. Holocaust Memorial Museum.

The subject of postwar collaboration between U.S. intelligence and former Nazis who were thought to be useful in the struggle against the Soviet Union has been documented extensively, but the book's authors said that the trove of previously inaccessible documents enabled them to fill in many blanks in the historical narrative.

A set of FBI files analyzed in the book by historian Norman J.W. Goda of Ohio University shows that former FBI director J. Edgar Hoover resisted taking action against Viorel Trifa, a former officer in the pro-Hitler Romanian Iron Guard who emigrated to the United States in 1950. This helped Trifa stay in the country until he was stripped of his U.S. citizenship in 1984.

According to a chapter by Timothy Naftali of the University of Virginia, former SS officer Otto von Bolschwing was recruited as an agent in 1949 by the CIA, which decided to protect him from war crimes prosecution by claiming falsely that it had no files concerning his past -- which included a close association with Adolf Eichmann and a supporting role in anti-Jewish violence in Romania.

In 1953, the agency pressured the Immigration and Naturalization Service to let von Bolschwing enter the United States, where he eventually obtained citizenship. A Justice Department investigation later resulted in his being stripped of citizenship before his death in 1982.

Naftali also writes that the documents contain evidence of the extensive employment of ex-SS officers by the Gehlen Organization, a CIA-subsidized German intelligence group set up by Reinhard Gehlen, the Wehrmacht's former intelligence chief on the Eastern Front in World War II.

Supported by the United States as a source of information about Soviet military activities in Eastern Europe, the Gehlen Organization developed into the official intelligence service of West Germany, known as the Federal Intelligence Service.

"This is the most troubling for me," Naftali said in an interview, "given the context of Iraq, where we once again have to reconstruct a foreign national security system, and we have to do it fast."