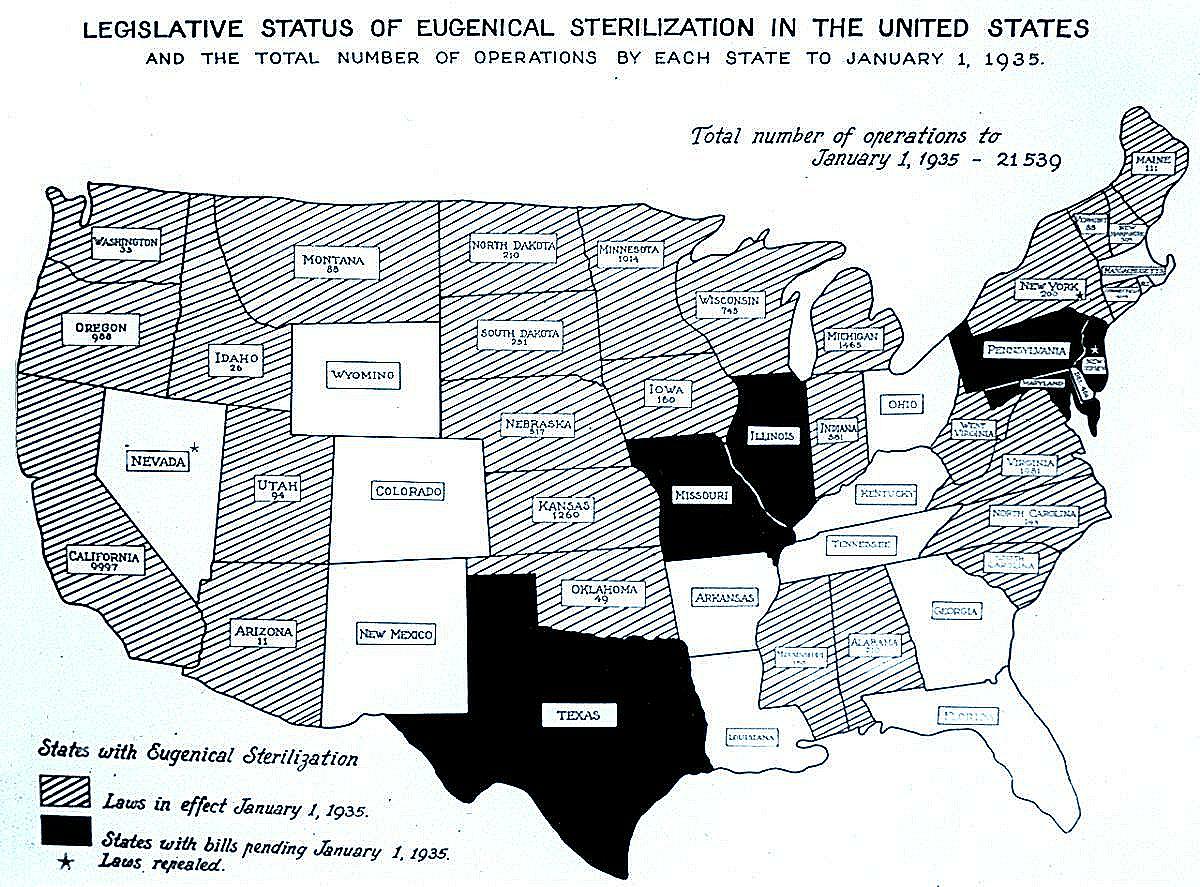 RICHMOND—Lewis Reynolds reckons he was about 9 when a rock hit him in the head, causing seizures.

He was 13 when the state of Virginia, diagnosing him with epilepsy, sterilized him without his knowledge, forever ending his chance of having children.

Reynolds and others like him, sterilized by the state of Virginia under a eugenics program that provided a model for Nazi Germany’s, would be in line for financial compensation from the state under a bill proposed by the unlikely duo of Del. Bob Marshall, R–Prince William, and Del. Patrick Hope, D–Arlington. Marshall and Hope want the state to pay up to $50,000 to the remaining survivors of the state’s 55-year-long sterilization program.

The state of Virginia sterilized about 8,000 people between 1924 and 1979, all legally under state law. It sought to stop those whom the state deemed “mental defectives” from “the propagation of their kind.” In reality, the state sterilized unwed mothers, epileptics and those it deemed “feebleminded,” mostly poor and uneducated. Many sterilizations happened in Lynchburg at the Virginia Colony for Epileptics and Feebleminded, now called the Central Virginia Training Center.

Virginia legislators passed a resolution a decade ago to formally apologize for the state’s sterilization and eugenics policies. But Marshall says that isn’t enough “to rectify a profound injustice.”

“You never can adequately compensate for what we did,” he said. “What we’re asking for today goes well beyond words of regret,” said Hope at a press conference in Richmond on Tuesday.

Reynolds, who lives in Lynchburg, came to Richmond to speak at the press conference. He’s 85 years old and, without children, lives alone. His second wife died five years ago. His first wife left him because he couldn’t have children.

“She wrote me a Dear John [letter] when I was in Korea,” Reynolds told reporters.

As a child, he lived in Lynchburg, his father a plumber at the Colony. Reynolds had seizures from being hit in the head with a rock, and also came down with scarlet fever. A Colony doctor, he said, convinced his father to put him in the hospital there so he could be more easily treated. He was there for two years. During that time, he was sterilized. He didn’t know it at the time—didn’t realize it until years later, when he was in the Marines, married and his brother told him what had happened.

“I didn’t know that they were going to do this to me,” Reynolds said. “And I didn’t know it till I got grown.”

He spent 30 years as a Marine, serving in Korea and Vietnam, and at one point was a firearms instructor at Quantico. He became emotional while speaking about what he had missed out on as a result of the sterilization.

“I always wanted children,” Reynolds said. “My wife and I cried because I couldn’t give her children.”

When Virginia lawmakers agreed to apologize for eugenics in 2002, they specifically avoided the issue of compensation for victims. Some then said they feared opening the door to lawsuits. But Marshall and Hope said that few sterilization victims are still living. Most of the sterilizations were done between 1929 and 1948, they said, although records show the state was still sterilizing a few people per year into the 1970s.

Their bill would offer compensation only for the survivors, not their families. Marshall said he has written a budget amendment that would take the money from year-end surplus funds, in an effort to avoid a budget battle.

“I do not want human dignity to become a pingpong ball with the state budget,” he said.

No other state that conducted eugenics programs has provided financial compensation to victims, Marshall said, although North Carolina debated doing so. But, he said, Virginia should lead the way because it was a leader in eugenics in the first place.

“Virginia has a special obligation because we led the charge,” Marshall said. “We’re the chief bad example.”