The Beatles Received Many Death Threats Before 50th Anniversary 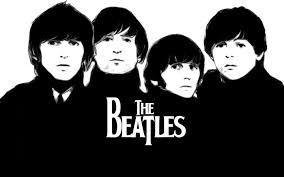 As everyone should know by now, February 9 marked the 50th anniversary of the first time the Beatles played on The Ed Sullivan Show. In celebration, CBS aired a special tribute concert called The Night That Changed America: A Grammy Salute to the Beatles. Paul McCartney and Ringo Starr were the guests of honor who rocked the house, among other famous singers who paid tribute. As well, George Harrison and John Lennon were quite possibly there in spirit.  Ask anyone who was a teenager in the 60’s about life changing moments, and undoubtedly, The Beatles will come up every time. It seemed that just about every young person loved the band to death. Being a Beatle, though, had its ups and downs. The band had received quite the history of death threats which reportedly left the group shaking.

If one happens to be visiting Montreal, Canada, anytime from now until the 30th of March, they can visit the exhibition The Beatles in Montreal. In one’s absorption of all things Beatles, some might be surprised that the band had a great fear for their lives during some of the stops they made on tour.

One thing is for sure, The Beatles changed music history. People had never heard anything like them before and their fan following was more than just huge; it was a movement. The Beatles were often escorted by cops through seas of their adoring fans. John Lennon had said once that the only thing he remembered about Canada was a blue shoulder of a cop who protected him from fans possessed with Beatlemania.

While young girls squealed with passion for The Beatles, and young boys fashioned their hair and clothes to look just like them, there had been a number of sick people who had a hated them with a passion, so much so that they wanted them dead.  Ringo Starr happened to be very concerned one night when playing a concert in Montreal. He had received a death threat describing him as an “English Jew” (Starr is not Jewish). The group decided it was best to head straight to the venue rather than check into the Queen Elizabeth Hotel.

This wasn’t the first time the band had received a death threat, but this one was particularly creepy to Ringo. He set up his drum cymbals that night to shield himself, raising them up high rather than down flat.  In Tokyo, a swarm of aggressive young students reportedly protested against the band’s upcoming performances in Budokan, Japan.  The concert went ahead as planned with heavy security. The band was not harmed.

During The Beatles’ North American tour of 1966, things really started to heat up. Reportedly, death threats had been coming in mostly from the southern states following John Lennon’s remarks on the state of Christianity.  Lennon’s infamous quote “We are more popular than Jesus now” did not sit well with some Christians in America. Protests were soon formed and Christian radio stations were burning records in large groups. One member of the Ku Klux Klan had even been televised when threatening Lennon.

During an afternoon performance in Memphis, The Beatles and the crowd’s breath suddenly stopped when they heard what sounded like a gunshot. It turned out to be a firecracker that some young prankster had thrown on stage. In an interview, the band recalled that Ringo, Paul and George had all immediately looked to John Lennon. He was the one people wanted dead.

Unfortunately, there were more than just threats. In 1980, John Lennon was shot outside of his New York City apartment when he was just 40 years young. The deranged Mark Chapman, who had reportedly been hearing voices telling him to kill the singer, had been asking for his autograph just hours before. Lennon’s death will always be recounted as a very sad day in history.

More recently, Paul McCartney had received several death threats while stopping Israel in 2008, yet he refused to cancel any of his performances. Adam Shay, a researcher at the Jerusalem Center for Public Affairs quoted McCartney as saying, “I got explicit death threats, but I have no intention of surrendering.”

Some of the reasons people loved the Beatles so much was for their bravery, their quick wit and their refusal to stay silent about political and other important issues. They felt they had the right to speak their mind openly, just like any other person.

Regardless of the many death threats that came at The Beatles, the band stayed focused on what was most important; sharing their influential music with the world.