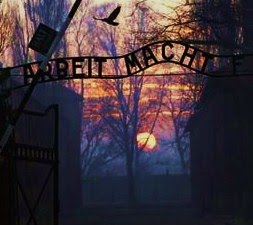 KRAKOW, Poland, Jan. 15 (UPI) -- Polish authorities say they have issued an arrest warrant for a man they describe as a Swedish neo-Nazi on charges he stole the sign above the Auschwitz gate.

"We have already issued the arrest warrant for the Swedish suspect to be brought to police headquarters in Krakow," Boguslawa Marcinkowska of the Prosecutor's Office in Krakow said Friday.

He intended to sell it "for millions" to a collector, allegedly living in Great Britain, Poland Radio said.

"My role was to go get the sign in Poland," he told a Swedish daily newspaper Expressen. "I was the middleman and was supposed to take care of the sale."

Hogstrom, described as a former leader of a 160-member strong neo-Nazi group based in southeast Sweden, told the newspaper the money from the theft would be used to launch a campaign against parliament and Swedish politicians.

The sign was found in northern Poland, cut into three pieces.